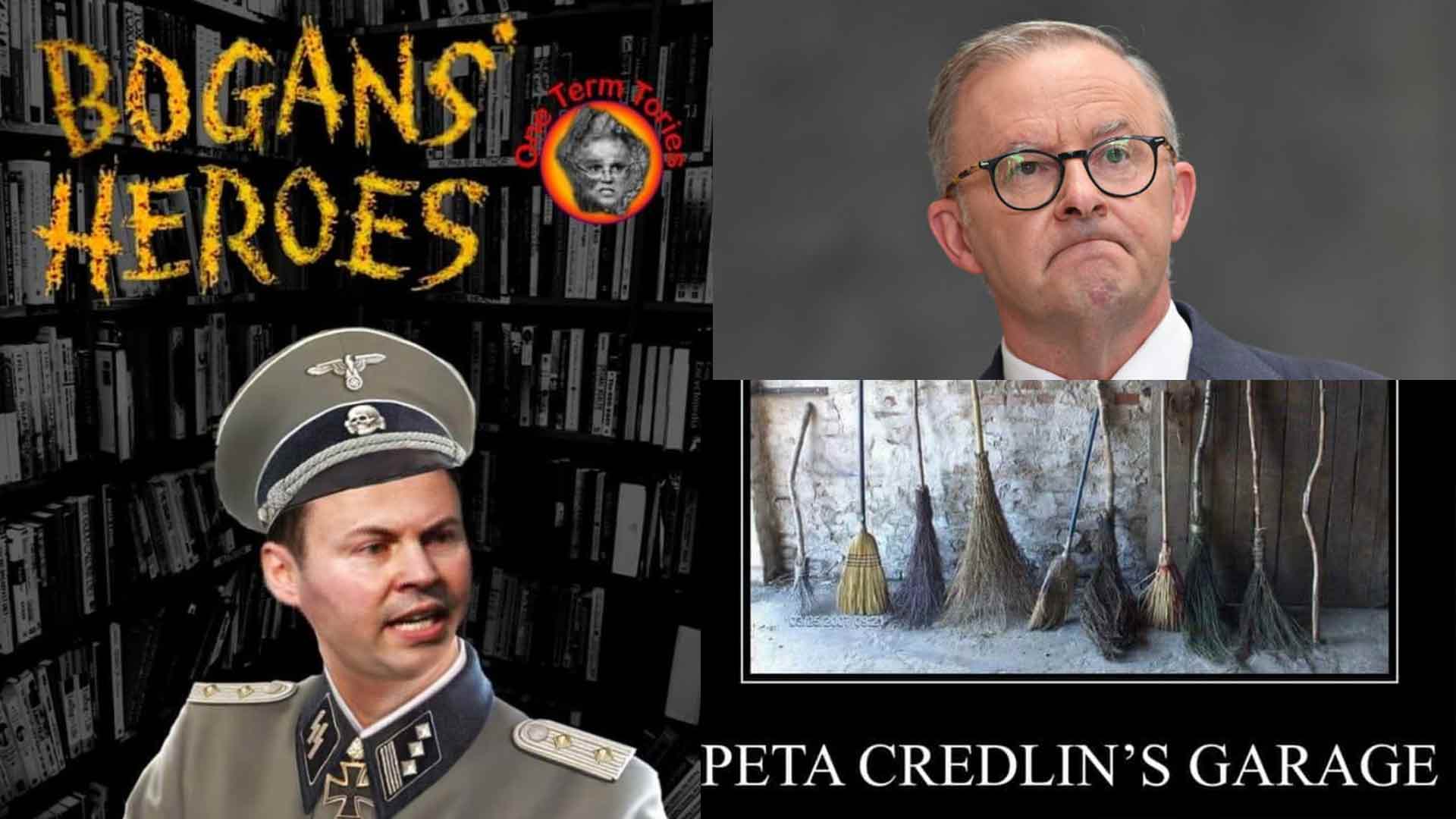 Totally contradicting Labor’s false image as a party of tolerance and progressive social values, the Balmain branch of the Labor party have been caught posting anti-Semitic and misogynistic “memes” on social media.

The cherry on top?

The Balmain branch of the Labor party is in Each-Way Albo’s very own electorate of Grayndler.

It appears the man who wants to run this country has no idea what’s happening in his own backyard. To borrow a term from the US, Each-Way Albo is becoming more like Sleepy Albanese!

According to the Daily Telegraph, one post dated March 4 photoshops Treasurer Josh Frydenberg in a Nazi uniform under the caption “Bogan’s Heroes”. Mr Frydenberg’s mother was a Holocaust survivor and a number of his relatives died in Hitler’s death camps.

In another post, dated April 3, Tony Abbott’s former chief of staff was attacked as a witch with the caption “Peta Credlin’s garage” placed under a photo of a row of old stick brooms leaning up against a brick wall. Remember when Labor spent weeks condemning Tony Abbott for standing in front of a protest sign saying “ditch the witch” in reference to Julia Gillard?

A third post, dated January 16, attacks Prime Minister Scott Morrison’s Pentecostal faith, with the words “Help me Sky Daddy, I f*cked up again” superimposed over a photo of Mr Morrison praying in church.

As millions of Australians already know, Labor is NOT the party of tolerance.

These people are GROSSLY insensitive when it comes to the ethnic backgrounds of their political opponents. They’ll call people “racist”. They’ll say Morrison is “seeking to divide”. But when push comes to shove, they’re worse than the very people they condemn.

They are NOT feminists. For years, Tony Abbott was branded as a “sexist” just for standing in front of a poster depicting Julia Gillard as a witch. Meanwhile branch members in Albanese’s very own electorate are doing the EXACT same thing. Where on Earth is the ABC?

And they clearly have a DEEPLY ingrained hatred for Christianity, insulting millions of Australians while they make fun of the Prime Minister’s faith and mock God as “sky daddy”. We wonder if they’d say the same to certain other religions?

The response from Albo to all this?

Although a spokesman for NSW Labor admitted that “the images should not have been posted”, we’ve heard NO condemnation from federal Labor even though the offensive images were directed at federal Coalition politicians.

What a joke! Wasn’t it Labor who said silence on behaviour like this is as good as condoning it?

As we keep saying here at ADVANCE, a vote for Labor, is a vote for the Greens.

When it comes to Israel, the treatment of outspoken conservative women and our Christian heritage; Each-Way Albo and Adam Bandt are two peas in a green communist pod…