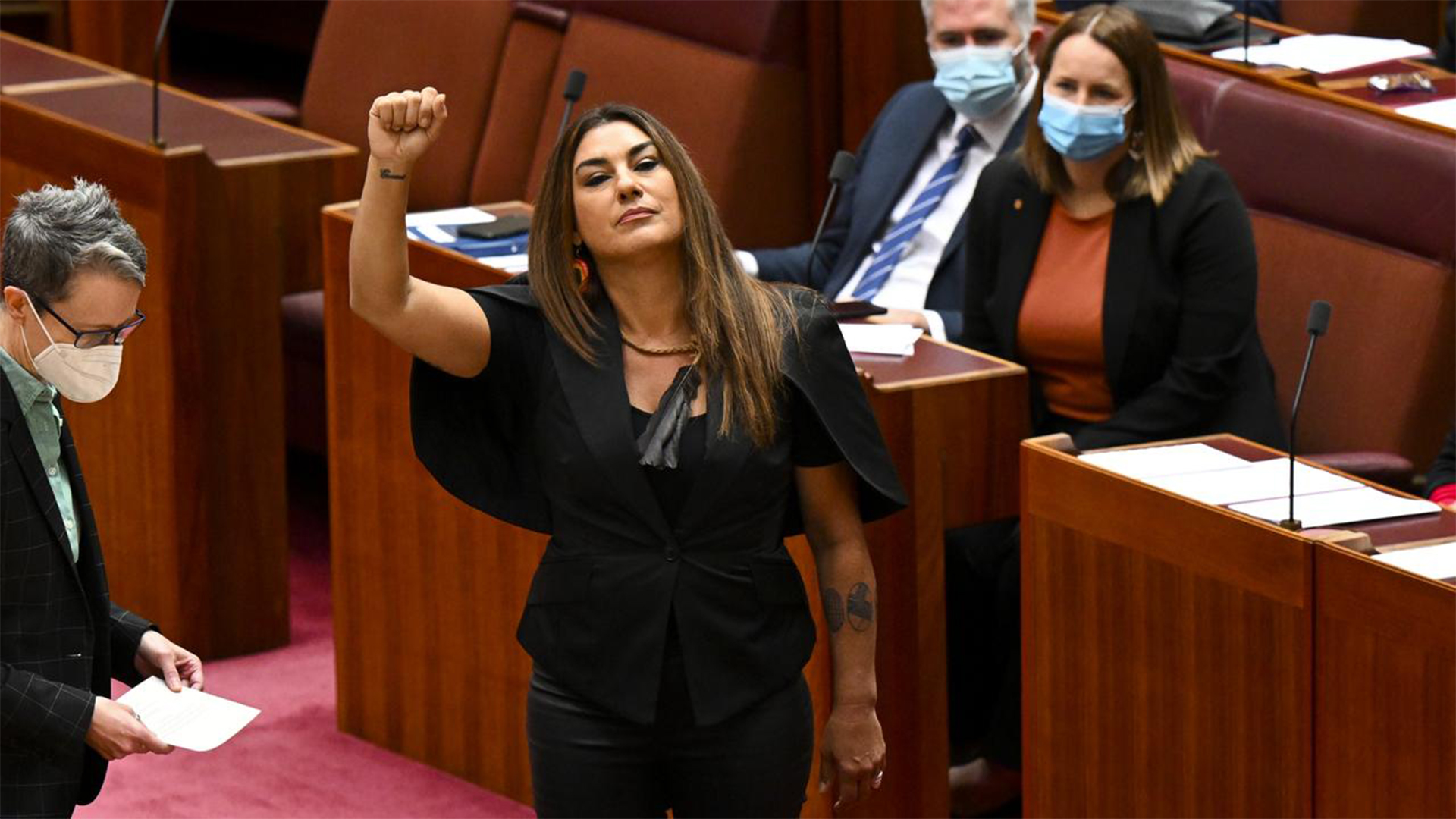 Her Majesty Queen Elizabeth II hasn’t even had her funeral…and yet the woke elites right across the country are calling for a republic.

On Thursday night, the ABC’s Q&A program trumpeted: “Is now the time to reopen the debate on a republic? And if not now, when?

On her radio national ABC breakfast program the other day, Patricia Karvelas invited Thomas Kenneally on to discuss how we have the “freedom of speech” to call for a Republic immediately after the Queen died.

This came after Thomas wrote a disgusting op-ed in The Guardian with the title, “Hollow, cloying veneration greeted the Queen’s death. Now history calls on us to get an Australian head of state”.

But the worst of the worst – surprise, surprise – was Greens Senator and all-round fruitloop Lidia Thorpe.

Loopy Lidia wrote: “don’t ask me to give the Queen a minute’s silence, ask me for the truth about British colonialism.”

Let’s do some fact-checking, shall we?

“News of the Queen’s death broke on the same day as my cousin’s funeral. My cousin, like more than 500 First Nations people in the last 30 years alone, died in custody. I was notified on Monday of another death in custody,” Lidia wrote.

In other words, deaths in custody happen every day. It’s the reality of prison. And Indigenous prisoners are less likely to die.

Then Lidia wrote, the “British empire declared war on these shores, against this country’s First Nations peoples”.

Obviously, Lidia never read about King George III request to the first Governor of New South Wales, Arthur Philip, to “endeavour, by every possible means, to open an intercourse with the natives, and to conciliate their affections, enjoining all subjects to live in amity and kindness with them”, he announced that “any Man who takes the life of a Native, will be put on his Trial the same as if he had kill’d one of the Garrison.”

Next, the Greens Senator claimed that “our young people are turning to suicide, because they don’t see a future for themselves in the systems the monarchy created in this country.”

No, Lidia young people – of all races and backgrounds – are killing themselves at record rates, and the reasons why are complex. It has nothing to do with the British monarchy bringing democracy, rule of law, modern medicine, science and technology to this far-flung land.

Finally, she concluded that “if we want to mature as a nation, the only mechanism to truly unite us is a treaty. Join us in creating a nation that we can all celebrate.”

Take it to referendum.