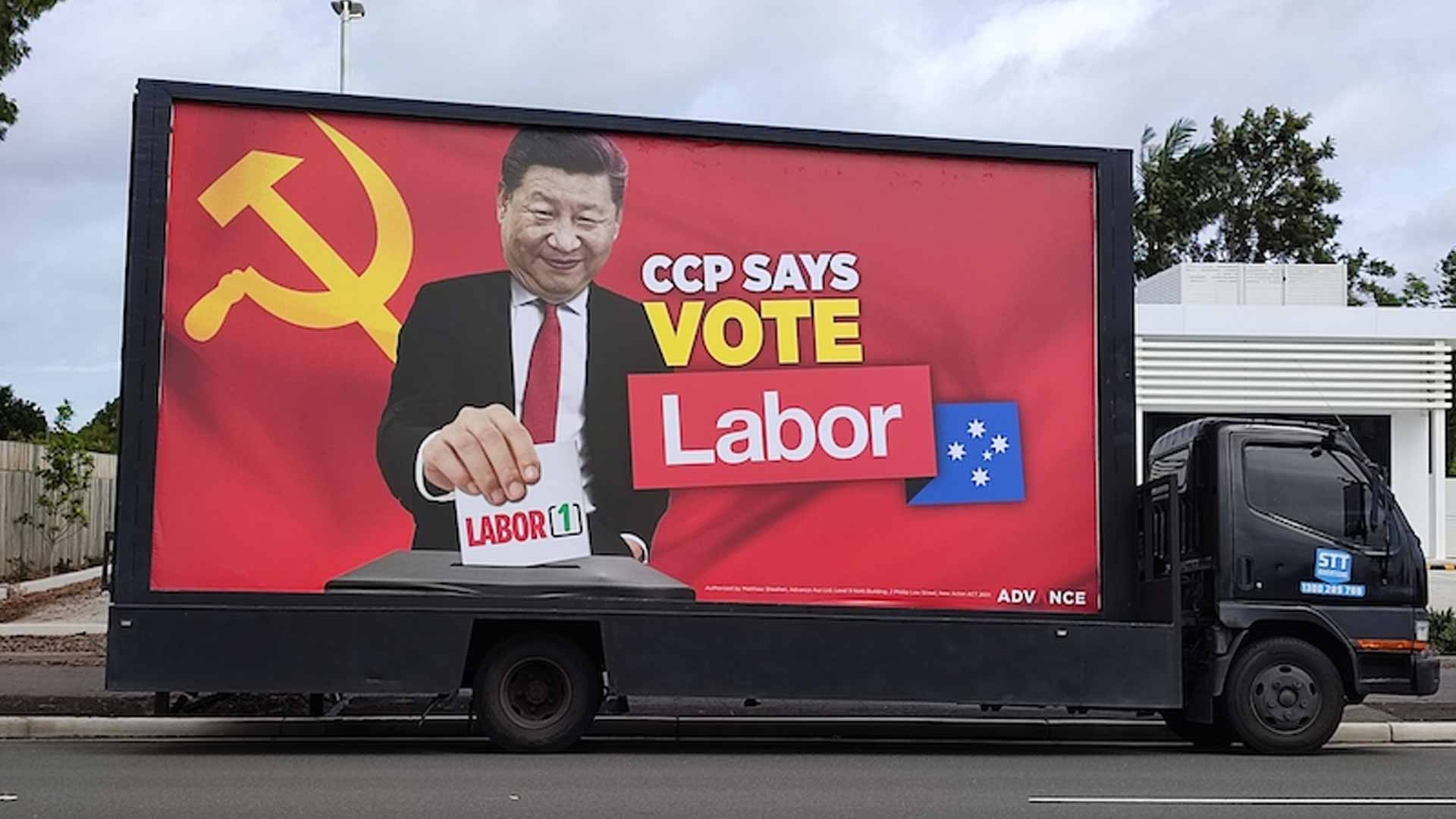 Right across the country, the ADVANCE TRUTH TRUCK is upsetting the hacks who run Labor and the elites who dominate the media… however the Aussie punter sees it for what it is: THE COLD HARD TRUTH.

Over in Western Australia, Mark MaoGowan called ADVANCE and our 195,000+ supporters “idiots” and “morons” after we drove the TRUTH TRUCK behind him and each-way Albo at a press conference.

He even said, “we should be ashamed of ourselves”.

You should be ashamed of yourself, mate!

You’re the one who called our Defence Minister Peter Dutton “insane” and “off the planet” for standing up to the Chinese Communist Party.

You’re the one who was praised by Xi Jinping for criticising him.

You’re the one whose entire state runs on the proceeds of iron ore purchased by Beijing to produce steel for their warships, missiles and tanks.

And you’re the one who can only slander us as “morons” and “idiots” because you can’t address our legitimate concerns about Labor’s tendency to appease the Chinese Communist Party instead of standing up to them.

As if Labor hadn’t already embarrassed itself enough, each-way Albo then decided to throw his two cents in. After refusing to answer a question at a press conference from an average punter who clearly wasn’t one of his hand-picked friendly journalists, Albo claimed the questioner was associated with the ADVANCE TRUTH truck.

He was just an average bloke who wanted to ask a question. The fact you have to politicise him just shows you have no answers and will do anything to dodge scrutiny from the Australians who pay your wages with their hard-earned tax dollars.

Who does Albo think he is?

Although Neil made the point that “the CCP wouldn’t be out telling people to vote Labor as they’re more subtle than that”, his audience certainly got the message.

Is anyone really surprised? It's not a joke but rather Victorian reality. Belt and Road deal has not been forgotten by China, they want it back.

I love it, hope they bring out a truck with the redcoats rort, branch stacking, hotel quarantine stuff up, Andrews’ memory issues, bullying. And for good measure add the hypocrisy of Albo and The Mean Girls.

Murray made the obvious point that “a month ago the CCP released a statement that they would prefer Albanese as leader, over Morrison”.

I'm not sure Chapel St is the best place to be driving this... The message is probably lost on the soy latte sipping woke socialists who think communism sounds like a fun idea...

The support for the TRUTH TRUCK gets even better when opening the Daily Mail.

In an article titled “The fake Labor ad that's rocking Australian politics…”, essentially EVERY SINGLE comment was in support of the ADVANCE TRUTH TRUCK despite the article citing strong criticism of it.

The most liked comment came from a character who calls himself StuffedUpWorld. He wrote:

Put it this way Australians, if Labor get in, China will own Australia sooner.

Next was Andrew who seems to have modified ADVANCE’s slogan “a vote for Labor is a vote for the Greens”. He said:

Sad to say but it’s true. If you listen to the Labor party’s rhetoric over the last five years a vote for labour is a vote for China.

Spot on advertisement. Albanese has no ideas of his own, so he'll just follow China's wants and needs.

While Enoughisenoughaud saw the humour in the whole situation, commenting:

That’s why Albo and MaoGowan just label us as “morons” or “idiots” instead of actually addressing our argument that a vote for Labor is a vote for Xi Jinping…and the Greens.