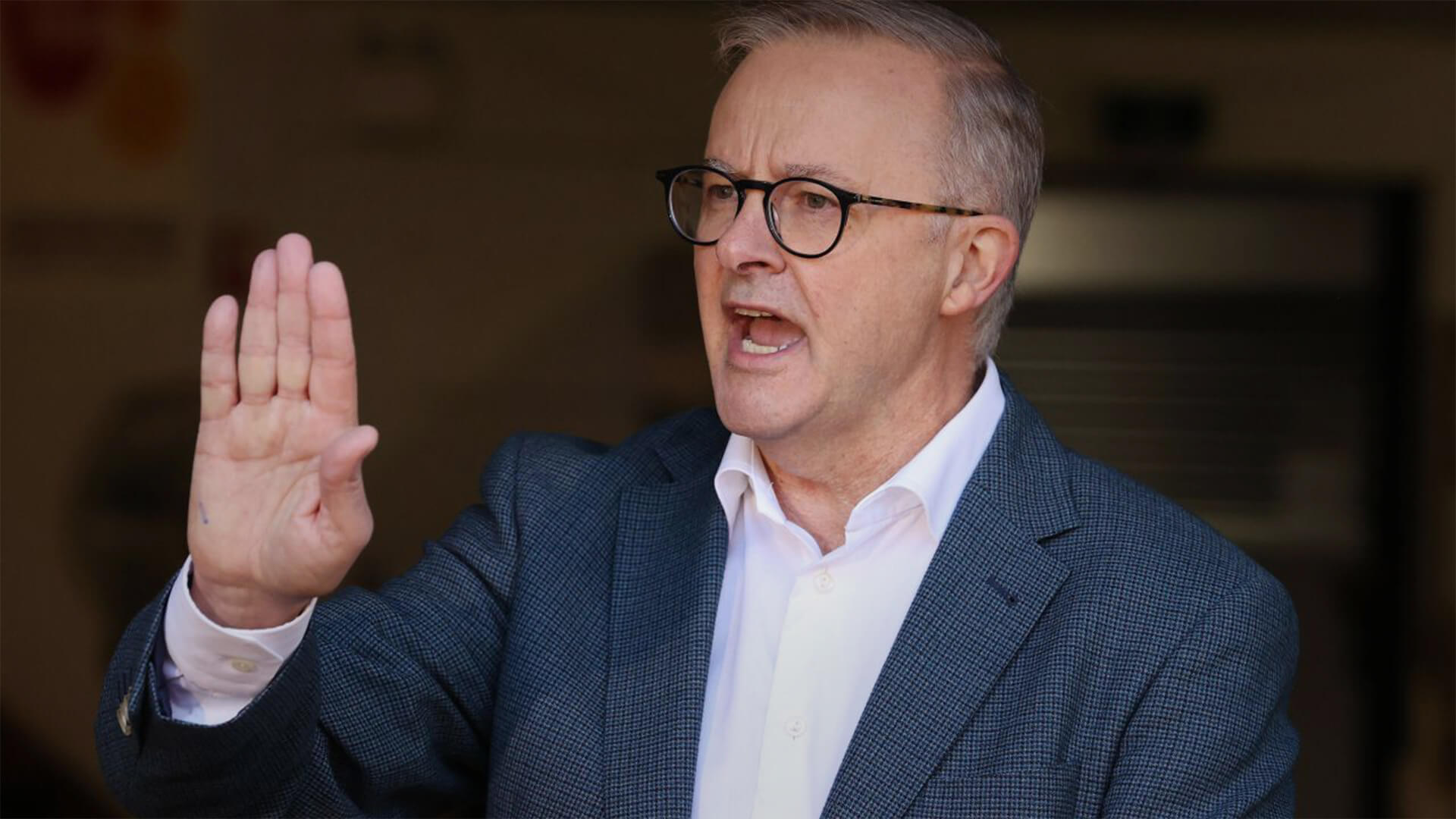 Anthony Albanese is as weak as they come.

The bloke plays the man instead of poking holes in policy.

He hides behind “mean girls” Penny Wong, Katy Gallagher and Kristina Keneally when the going gets tough. Otherwise, he just scurries off as we saw at a press conference in Perth the other day.

Most pathetic however is his tendency to play the race card when he’s called out for his high-taxing, high-spending agenda...and the evidence is abundant.

Just last night Albo accused the Liberals of making fun of his Italian surname in their election campaign advertisements.

What did the Libs say that was so mean and racist…?

“It won’t be easy under Albanese,” they’ve said repeatedly over the last few weeks.

In response, Albo had the ultimate whinge.

He said, “people of my age and older in this room will know that in school people made fun of your name. My opponents think it's still OK to make fun of someone's name in their advertising, and that is a matter for them to consider.”

EVERYONE was bullied at school, mate.

Stop looking for excuses and easy ways out.

ANYONE with a brain knows it won’t be easy under a government run by you and your best bud, Adam Bandt.

To get into a home of their own, young people will have to give the government 40 per cent of their equity.

To get a job in the regions, people will have to settle for a $26/hr wage installing solar panels on rooftops. Forget working in the coal mines and making six figures every year!

To clear a firebreak on your property that borders a vermin-infested national park, you’ll have to spend years weeding through green and red tape.

To start a manufacturing business, you’ll have to shut down operations whenever the sun goes down and the wind stops blowing, given the 10,000% energy price spikes businesses are often forced to contend with at 5pm.

And instead of saving money or deploying your savings in an investment of your choice, you’ll have to give even more of your wages to Albo’s mates who run the underperforming union super funds.

The list goes on… but our point is clear.

Although the “modern Liberals” have betrayed voters by obsessing about net zero emissions and their beloved Chinese-made solar panels and wind turbines, voting for Labor out of spite is not the right thing to do.

As ADVANCE has said repeatedly over the election campaign that’s finally coming to a close: vote Labor, get the Greens and a sprinkling of the Chinese Communist Party on top…