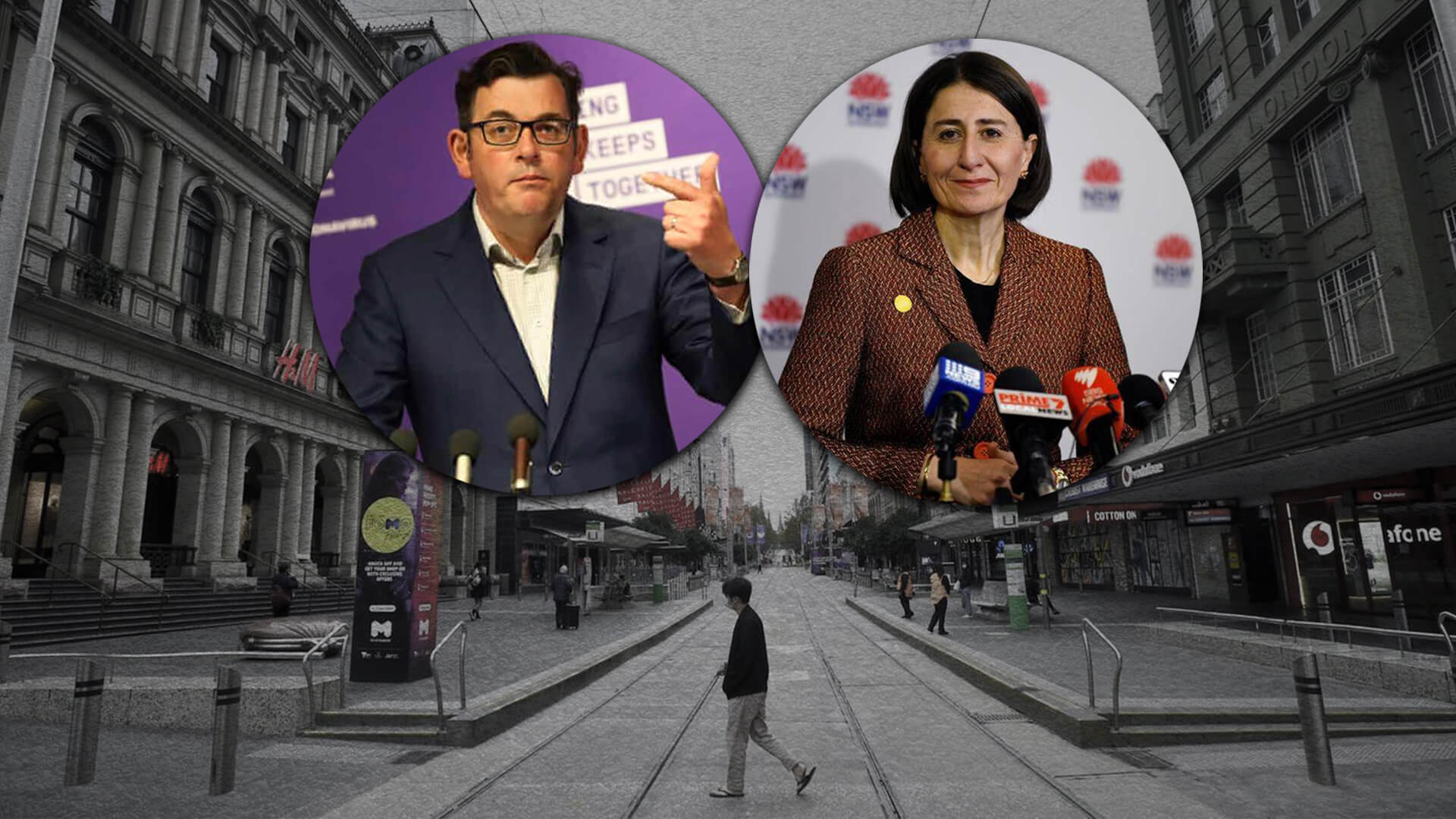 The campaign to UNLOCK AUSTRALIA is working.

As revealed by the latest Newspoll, only a slim majority of Australians still back the government-imposed restrictions to stop the spread of COVID-19, with 42 per cent of Aussies now saying their biggest concern is the impact of lockdowns on jobs, the economy and mental health.

We have two very clear choices:

The choice should be clear… especially if we have any respect for our history, values and the legacy of our founding fathers.

Australian explorer and politician William Wentworth built his “emancipist” political party on the idea that sons and daughters of convicts should have the same rights as the freeborn aristocracy, otherwise known as the “exclusives” – reminiscent of the divide between those who can (i.e. public servants and corporates) and those who can’t “work from home” under lockdown (i.e. tradies).

In 1854, Irish Catholic and future politician Peter Lalor stood up to the British after they forced miners to buy exorbitantly priced licences to work. As the British troops marched towards their Bendigo blockade, Lalor’s men took the Eureka oath: “we swear by the Southern Cross to stand truly by each other and fight to defend our rights and liberties.”

NSW Premier Jack Lang stood up to the British banking elites during the Great Depression by having the police confiscate the NSW finances after Canberra demanded the state pay extortionate interest on the war debt Australia accumulated to fight World War One. As Lang remarked at the time, “How can I let orphans, widows and limbless veterans starve on the streets so British bondholders get their pound of flesh?”

On a similar note, thousands of young Australian men made the ultimate sacrifice in the fight against German fascism and Japanese expansionism during both world wars to free the European and Asian peoples from the clutches of Kaiser Wilhelm II, Adolf Hitler and Emperor Hirohito.

A significant proportion of Australians seem to have no regard for freedom or why it is essential to a functioning, civil society.

Our media, politicians and union leaders have such low regard for freedom they’re now demonising those who fight for it as “neo-Nazis”, “white supremacists”, “far-right activists” and “thugs”.

Even worse, many Australians who do believe in freedom have become so fearful of backlash from their employers, families and friends, they’re just staying quiet.

As renowned conservative philosopher Sir Edmund Burke wrote in response to the French Revolution’s breakdown into chaos and violent despotism, “the only thing necessary for the triumph of evil is for good men to do nothing”.

Join Advance’s campaign to UNLOCK AUSTRALIA so we don’t fall into the dark trap Burke warned us about almost 250 years ago.