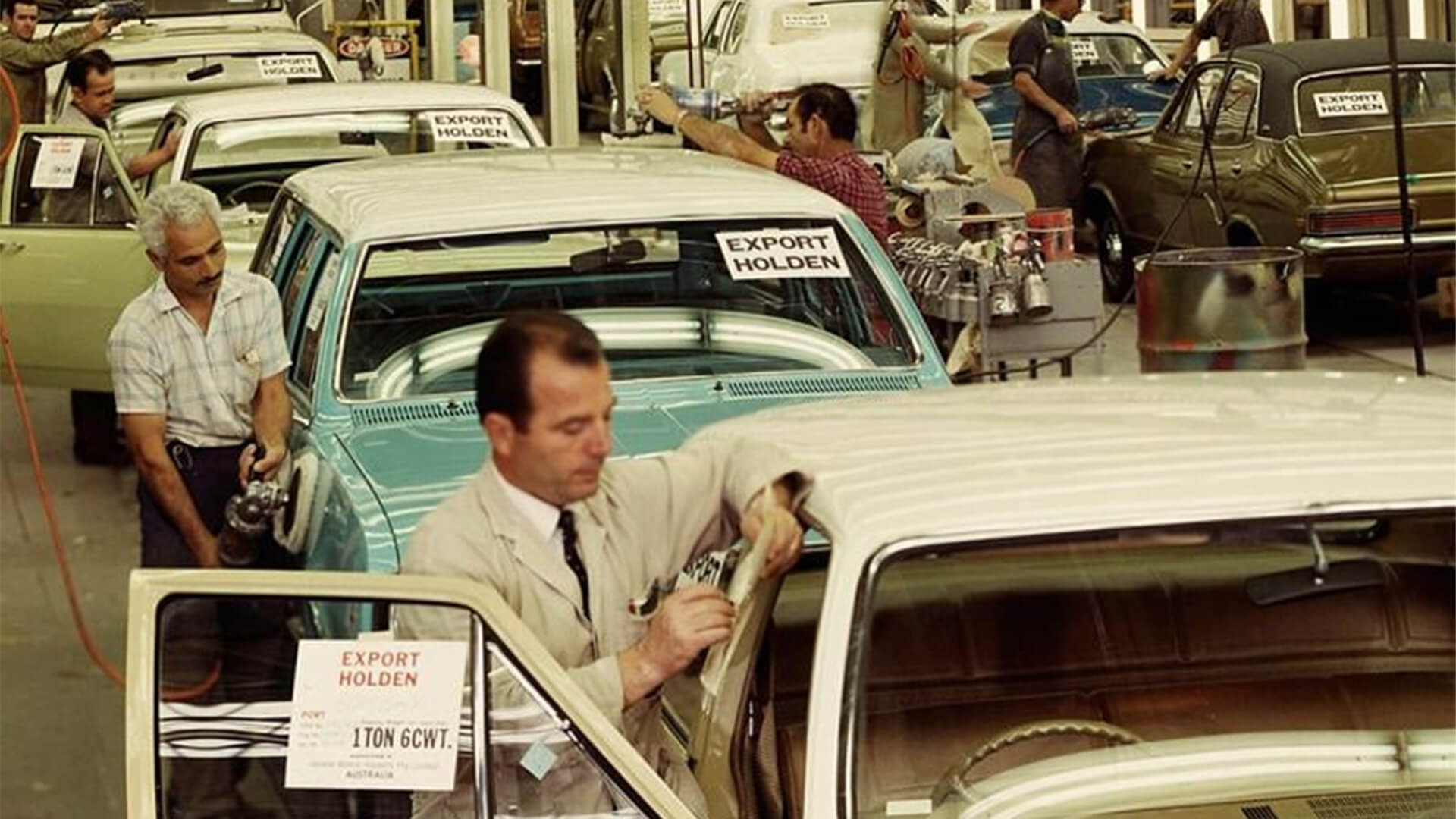 Given the “experts” continue to focus on stats and figures which bear little relation to the quality of life enjoyed by most Australians, Advance thought it’d be worth sharing a brilliant social media post that’s been doing the rounds.

The lament – which was written by Gary J Matthews in 2020 – details the destruction of Australian industry, security and prosperity at the hands of complacent politicians and corporate elites who sold us out to China for a quick buck.

Here are some of the highlights:

About 35 short years ago everyone had jobs everywhere, in fact mums used to stay home and families all lived happily just on dad’s wages.

We had iron ore and great steel industries. We had shipbuilding, car manufacturing, Holden, Chrysler, Mitsubishi, Toyota, Ford, even Lightburn made a Zeta. We built TV’s, radios, washing machines, Victa lawnmowers, Hills hoists and fine furniture manufacturing. We built car parts and we even made our own tyres at Bridgestone!

We had fishing ports all over Australia from Port Lincoln to Brunswick Heads. We made our own cheap petrol that was refined at Stanvac Oil refinery in S.A. and Bulimba Refinery in Brisbane. Mortlake Sydney Refinery’s from oil brought in from the Bass Strait, North West Shelf, and the Timor Sea.

We built aircraft, boats, submarines and battlecruisers, ships, warships, buses, locomotives, diesel-electric trains, as well as the tracks. You can add hundreds more to that list. And everything was ‘Proudly Made in Australia’.

We had corner stores and milk bars and delis, and hardware shops all over the city and country. Our rural towns were a hive of activity. They were very strong communities and were linked by a vast rail network that now lies dormant all across the country. All our food was fresh and local. Our milk and bread were delivered every morning fresh to our doorstep in recyclable glass bottles.

We had public utilities, like power stations, water and gas which would employ thousands around the country and it was always so cheap. It would sustain thousands of industries all over the nation. This was how thousands of jobs were created.

Then the government started selling out our very souls. It started to corporatise itself and began to compete against private enterprise instead of governing.

All our companies and manufacturers started going offshore or closed down because this new corporate government did deals with other countries under free trade agreements that allowed them to totally wipe out our business and manufacturing by allowing the foreign business to start flooding our once great nation with their cheap crap.

Foreign countries were allowed to march in and start taking over. They started driving our farmers off their lands and then sold it to these foreign countries. They cut back funding to our education system and slowed down teaching trade skills to our youth. They set up 457 visas to replace our trade workers with cheap workers from overseas. They allowed foreign countries to buy our power stations and guaranteed them that they would always make a profit at our expense no matter what.

Now because we have lost so much, the government then realised that they don’t get much income anymore and have to find new ways to make money. They invented things like GST, excise taxes, levies by the hundreds on everything. They cut funding to our emergency services and forced us to all pay an ’emergency services levy’. They cut funding to our police and public housing.

These new corporate government politicians gave themselves pay rises. They pat themselves on the back knowing that we are so dumb that we would not know what is going on!

Now they tell us we have to tighten our belts. We lose what little we have left whilst paying back the massive debt they created. Yet they gifted other countries billions in foreign aid setting up their countries at the peril of our own.

Everywhere I shop today, just about everything is ‘Made in China’. It dawned on me that every time I buy something ‘Made in China’, I am actually funding China to buy my own country from under my feet. We are giving China so much profit that they can now afford to buy us out. This is what they are doing, and our government is helping them do so.

Today, I drive the main roads around Adelaide and all I see is the empty buildings that once housed all these great manufacturing companies. When I drive past the Holden Plant at Elizabeth, now totally empty, I begin to cry for what has happened to my once-great nation.

This overpaid government needs more taxes to live on so they are now going to force our elderly (God bless them, for they were the ones that helped build this nation in the first place) back into the workforce until they are 70. They tell everyone to “Go out and get a JOB!!” This is not just South Australia; this has happened all over Australia.

Can someone in this new corporate government tell us EXACTLY WHERE THE JOBS ARE?

All they had to do was sell the milk, not the whole cow!

Today, every single thing listed above is gone, gone, gone and just left to decay.

How this once mighty 100% self-sufficient nation has fallen.