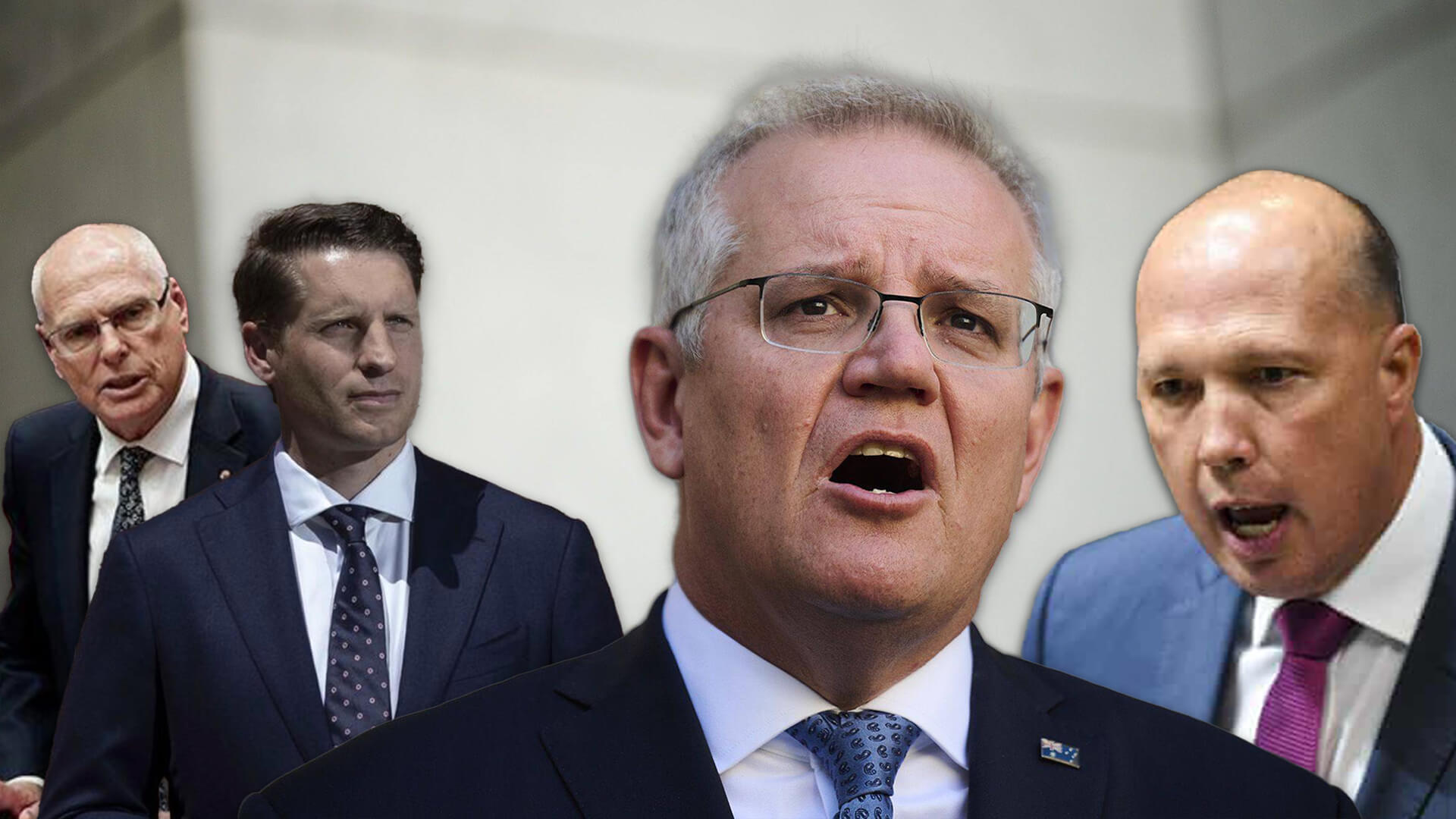 Today is a historic day in the nation’s history and we can thank Scott Morrison, Peter Dutton, Andrew Hastie and Jim Molan.

In the early hours of this morning, the Prime Minister, President Joe Biden and Boris Johnson announced a historic new military alliance between the three countries to counter Chinese aggression in the Asia-Pacific.

The new partnership, dubbed AUKUS, was framed by the PM as a new arrangement where “our technology, our scientists, our industry and defence forces are all working together to deliver a safer and more secure region”.

Under the agreement, Australia will acquire nuclear-powered submarines that will be built in Adelaide, meaning the delayed, overpriced, technologically obsolete French diesel submarine deal brokered by Turnbull and Pyne has been scrapped.

This is the Coalition taking the kind of action Advance and its supporters have been calling for.

Upon announcing the new alliance, the PM said he was pleased to join with “two great friends of freedom”.

“Today we join our nations in a next-generation partnership built on a strong foundation of proven trust… we have always seen the world through a similar lens.

“We have always believed in a world that favours freedom, that respects human dignity – the rule of law, the independence of sovereign states and the peaceful fellowship of nations.”

The historic “trilateral security partnership” that emerged from Defence Minister Peter Dutton’s meeting with the US Defence Secretary in Washington, is a “new ANZUS” that sidelines New Zealand, cements Australia’s alliance with the US in the 21st century, and provides the “stealth, speed and manoeuvrability” to counter any Chinese threat to stability in the Indo-Pacific region, the Pentagon said.

“We see this as a very rare engagement between Australia, Great Britain and the US. We’ve done this only once 70 years ago with Great Britain. Technology is extremely sensitive and is a major exemption to the usual policy. This is a one-off,” the Pentagon official said.

This is without a doubt the best news Australia has received in a very, very long time.

Although the nuclear submarines won’t carry a nuclear deterrent, they can be loaded at the right time with a deterrent from either the US or the UK, allowing Australia to project “soft power” in the Asia-Pacific region for the first time in history.

The agreement isn’t just about submarines.

From artificial intelligence to advanced satellite and space technology, the US, UK and Australia will now save decades of research and trillions in defence dollars by sharing sensitive military technologies and innovations – a total game-changer for our comparably tiny nation of 25 million.

While there’s no doubt we should have purchased nuclear submarines back in 2016, a critical precedent is now set that politics can’t get in the way of our defence policy given how high the stakes are now.

Deputy Premier of New South Wales John Barilaro has already said the new AUKUS pact “may open the door” for the growth of the nuclear industry in Australia.

Next to be announced will likely be a permanent onshore port for American, British and Australian ships, and a reassurance to our European and Asian allies that they’ll be brought into the new Western pivot to Asia once cooperation ramps up.

As Chairman of the Foreign Affairs Committee of UK Parliament Tom Tugendhat wrote in response, “this makes the pivot to Asia, for both Britain and the US, a reality. And makes the future of Australia more secure”.

“Tonight, our allies – and our citizens – are safer. That’s what foreign policy should deliver. The nuclear boats are at the vanguard of a stronger future,” he said.

“This dangerous nuclear submarine move puts floating Chernobyls in the heart of Australia's cities. It makes Australia less safe, increases the risk of conflict in our region & puts us in the firing line. Greens will fight this tooth and nail.”

If it was up to your mob, the entire country would be fighting the wars of the future with teeth and nails, so we don’t “hurt the environment”.

No wonder you blokes can’t win an election.

This is a pretty clear distinction.

On one hand is Morrison with his focus on national security, and on the other is Albanese and Bandt who want to turn our armed forces into climate change warriors.

You be the judge.