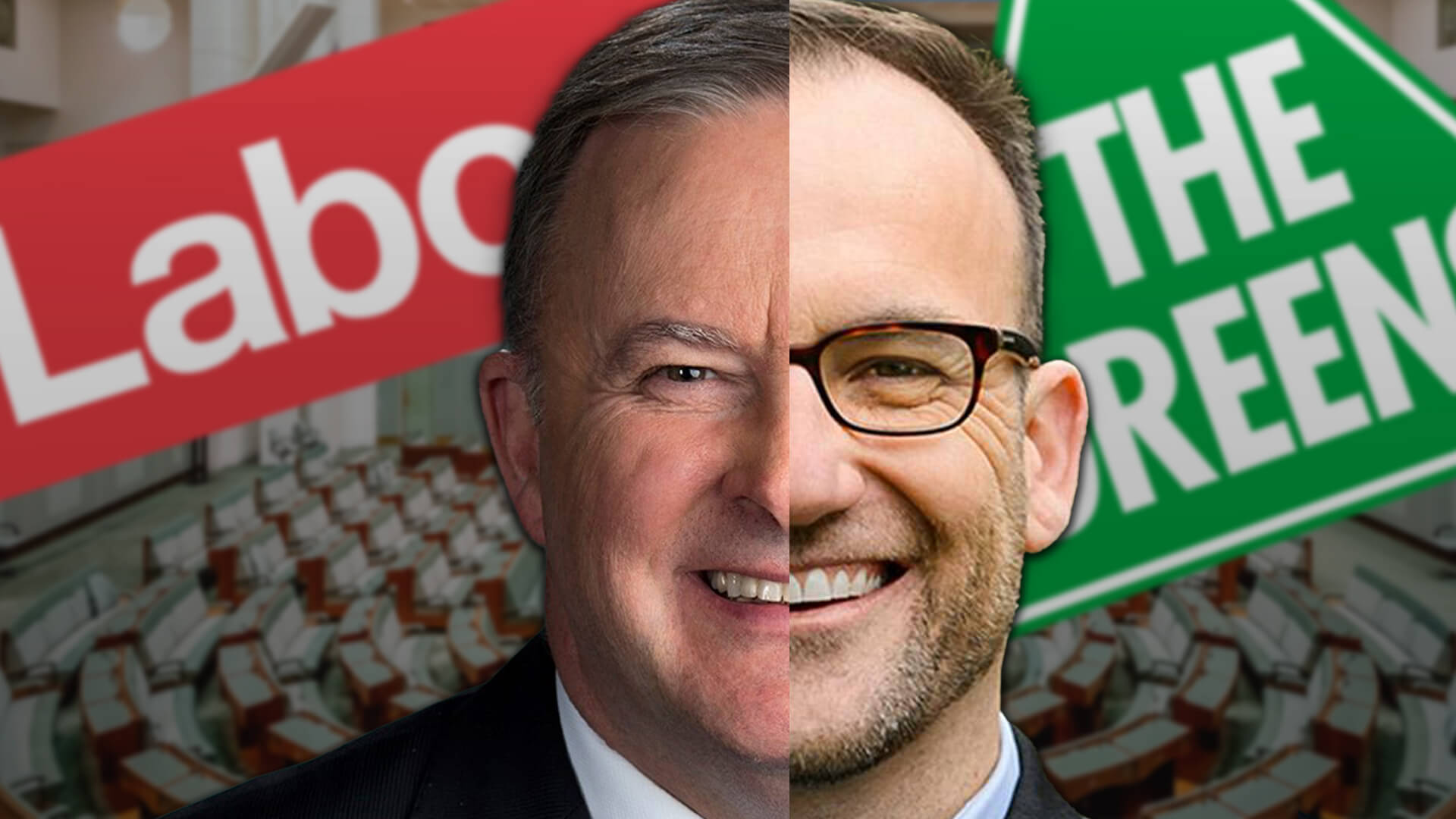 It appears the infamous Labor-Green, Gillard-Brown alliance brokered back in the days of the carbon tax debate may be back on the table again.

Last weekend, Greens leader Adam Bandt invited Labor to enter a power-sharing arrangement with the Greens to “kick the Liberals out’’ at the next election, citing data from a Parliamentary Library Brief which shows a minority Labor-Green parliament is only 828 votes away.

More specifically, Bandt said, “we are heading towards a power-sharing parliament…(as) Morrison is being pushed out of majority government but not enough for Labor to win in its own right”.

He revealed the Greens’ policy demands on a minority Labor government would revolve around achieving net-zero emissions target by 2035 (15 years ahead of the international benchmark of 2050),  banning coal from 2030, legislating a 6 per cent wealth tax on the rich, and imposing a “super profit tax” on companies with a turnover of more than $100m a year.

Bandt even admitted a Labor-Greens alliance would make an Albanese government more progressive and limit the influence of outspoken Hunter MP Joel Fitzgibbon – one of the only Labor members who’s doing the right thing by pushing his colleagues to support the coal and gas sectors.

For a party which gets a mere 10 per cent of the national vote by hiding its deeply embedded Marxist, anti-Australian core behind a thin veneer of “friendly hippy-conservationism”, Adam Bandt is seriously punching above his weight, and unfortunately, each-way Albo isn’t helping at all.

In fact, although Albo has formally rejected Bandt’s olive branch at this stage, the prospect of a Labor-Greens alliance is still a very dangerous and entirely possible outcome for Australia at the next election – especially considering the groundwork for this alliance made in hell is being laid as we speak.

And let’s not forget – it’s happened before.

For instance, just last week Bandt managed to strike up “a power-sharing” agreement between the Greens, Labor and the crossbench to vote down the Coalition’s move to let the Australian Renewable Energy Agency invest in carbon capture, storage and ‘clean’ hydrogen made using gas.

In response, Bandt declared that the outcome was a victory against fossil fuels as “the Senate shows there’s the capacity to work together across the political spectrum, amongst the non-conservative parties” which are increasingly “in chaos”.

“If there is a power-sharing parliament, which there is likely to be, that would give us the chance to kick the Liberals out and push the next government to go further and faster on climate change,” he said.

This rhetoric is nothing new.

Last August, Bandt marked 10 years since the Greens signed a deal to prop up the Gillard government by telling his party faithful that Australia’s “world leading climate action with a price on carbon” was a direct result of the Greens holding the balance of power in both the House and Senate.

As such, Bandt asserts there “is one indisputable fact in recent Australian history”:

“The only time that climate pollution meaningfully dropped is when the Greens shared power. When the Greens, Labor and independents worked cooperatively and shared power like we did in 2010, we got a lot done. Greens sharing power is the pathway to change.”

With Labor continuing to sacrifice its traditional working-class base in the name of “tackling climate change”, a formal alliance between Labor and the Greens is almost certainly each-way Albo’s only viable path to the Lodge.

After all, the pro-coal, pro-gas, pro-industry Labor member for the Hunter, Joel Fitzgibbon has been relegated to Labor’s backbench since 2013 – destroying any hope of Labor finding its way back to its roots.

Labor has proven it’ll do anything to gain power after Julia Gillard so shamelessly broke her promise not to impose a carbon tax on Australians as a part of her alliance with the Greens in 2011.

And besides, the vast majority of Labor’s frontbench believes in carbon taxes, net zero targets and the death of coal-fired power anyway – meaning Albo realistically only has two choices:

As unfortunate as it may be, one sure doesn’t have to be a genius to see where this whole mess is going…