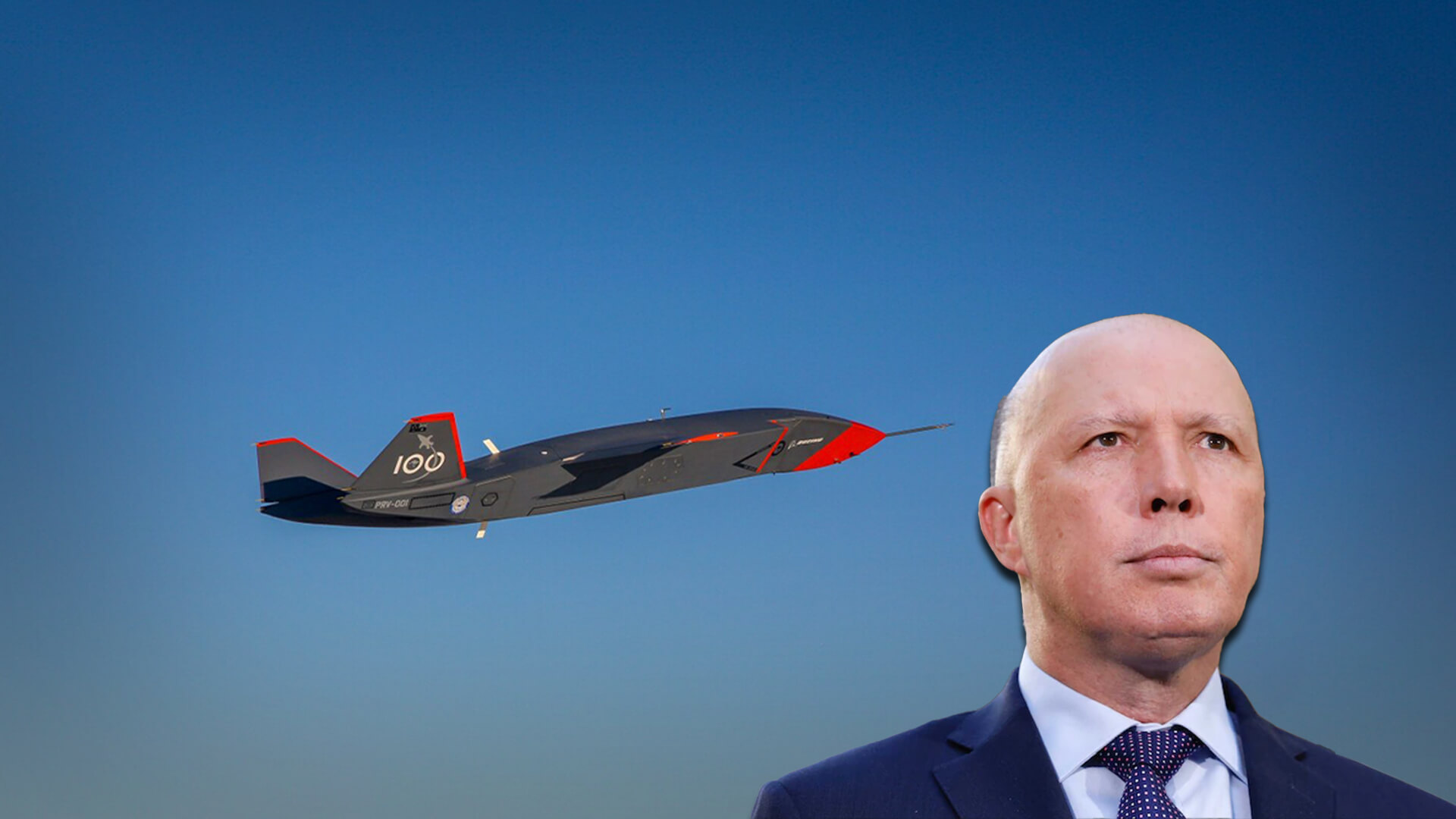 Defence Minister Peter Dutton is getting on with the job.

This week, the government announced it will spend $875 million to upgrade 234 defence facilities across the country. Dutton said, “the defence estate is an important national asset and is an integral part of enabling defence to meet its force capabilities.”

A day later, the first combat aircraft manufactured in Australia in over 50 years, the Boeing MQ-28A “Ghost Bat”, took flight. The aircraft is 38 foot long, uncrewed, fully autonomous and capable of flying independently or alongside crewed aircraft for intelligence and surveillance missions.

On Monday, Prime Minister Scott Morrison and Indian Prime Minister Narendra Modi met virtually where they discussed closer ties across sectors such as trade, technology, space, culture, defence, and the Indo-Pacific. Modi agreed to station Indian maritime patrol aircraft in Australia as part of a larger package that will see the government commit around $280 million into developing the relationship.

This all comes after Dutton announced the biggest expansion to the ADF in 40 years by increasing personnel numbers from 59,095 to 80,000 by 2040 last week.

These are brilliant decisions that should instill confidence in the government’s commitment to protecting our shores from Chinese Communist Party expansionism.

However, there’s much more work to do.

That means spending at least $20 billion on Land 8113 long-range onshore missiles and acquiring long-range bombers to complement our new fleet of F-35 fighters which don’t have the range nor payload capabilities to seriously defend our northern extremities.

That means buying off-the-shelf nuclear submarines from the Americans and legalising nuclear energy so we can support their maintenance and manufacturing in the medium-long term.

We must take our strategic defence assets seriously.

We should bring back Aussie manufacturing.

Over the last forty years, Australia’s manufacturing sector has been hollowed out so drastically our real manufacturing output and employment declines every year. We import 90 per cent of our fertilisers, our fuels and our medicines. We don’t have a merchant fleet even though we’re so dependent on imports. Our high energy prices continue to undermine productivity. And yet our politicians refuse to replace our ageing coal-fired power plants with a new modern fleet.

We must invest in nation-building infrastructure.

Our water storage is declining and still we aren’t building enough new dams. We sell 70 per cent of the world’s seaborne iron ore and coking coal (the two key feedstocks in steelmaking) and yet we produce a measly 0.3 percent of the world’s steel supply. And we sell uranium for energy and weapons development to all corners of the Earth and yet it’s illegal on our own shores!

With the polls looking fairly grim for the Coalition, getting on with these critical imperatives may be the only way Morrison and Dutton can stop a Labor-Greens alliance.

More importantly though, it may be the only chance we have against the increasingly belligerent Chinese Communist Party…