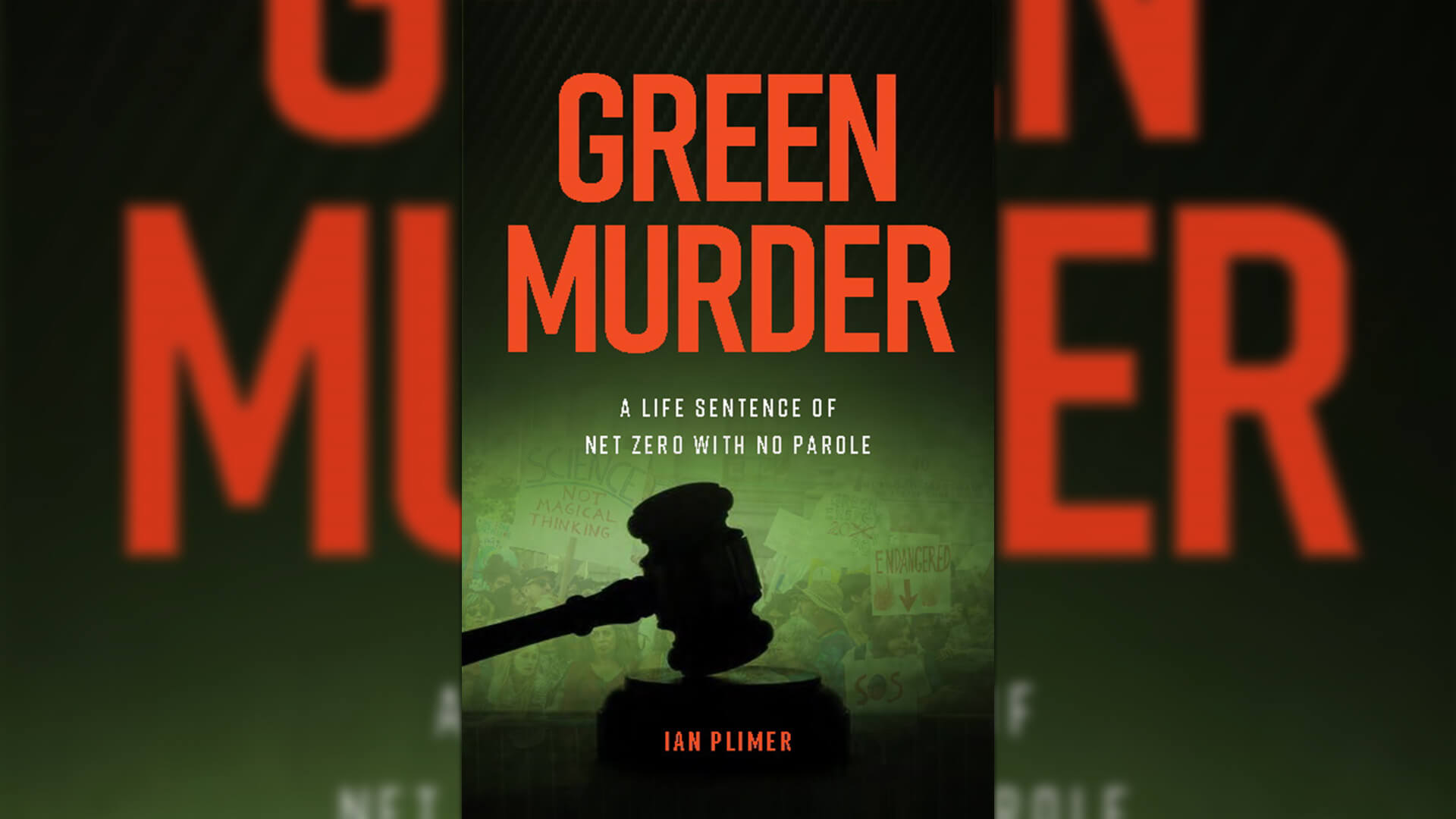 Given our 152,000+ supporters are constantly patronised for questioning the climate cult and refusing to blindly “trust the experts”, ADVANCE thought it would be worth promoting a true expert who doesn’t need to stoke fear and alarmism to advance his career.

Not only is Professor Plimer one of Australia’s most renowned and respected geologists and mining entrepreneurs, but he’s a rare breed of intellect – one with the decency and guts to call out the fraudulent nature of “climate science” and the subversive agendas of those who fund it.

Below is an exclusive excerpt for ADVANCE supporters of his new and aptly titled book “Green Murder”. To order Professor Plimer’s “Green Murder” before its official release later this month, please visit www.connorcourtpublishing.com.au.

There is a full-blown energy crisis in the EU, UK and China concurrent with FLOP26. Why? Because there has been a tiptoe down the Net Zero path with the closing of coal and nuclear power stations and the naïve hope that the weather can provide electricity to advanced Western economies. It has not and cannot unless our standard of living collapses.

California, Texas, Germany and South Australia had weather-induced disasters with more than 200 people freezing to death last winter in the oil and gas rich Lone Star Start. This is a warning sign about the nirvana of Net Zero. Green policies kill people. In China, the energy crisis was an own goal as China weakened its energy base by preventing imports of Australian coal. Australia’s prosperity is because of coal. No coal, no dole.

The submarine cooling of huge volumes of lava and Antarctic subglacial heat is not considered by the IPCC who also downplay the effect of the sun and clouds. The IPCC only consider the 1,511 terrestrial volcanoes that emit small amounts of carbon dioxide and not the 3.5 million submarine volcanoes that emit monstrous amounts of carbon dioxide into the deep oceans. Climate models based on this unreliable data run far too hot.

Ice core measurements show that 650 to 1,600 years after orbital-driven warming, the atmospheric carbon dioxide content starts to increase showing that temperature drives carbon dioxide, not the inverse upon which all policy is based. The geological past shows that all six ice ages commenced when there was up to 100 times more carbon dioxide than at present in the atmosphere and that there is no relationship between carbon dioxide and temperature.

Those embroiled in the Climategate fraud admitted that the temperature record is useless and that contrary views on climate are prevented from peer review publication. Large bodies of contrary science are ignored by the IPCC and climate industry. The temperature record on a local, regional and global scale is “homogenised” to cool the past in order to show that there is modern warming. The taxpayer-funded science that underpins human-induced climate change is full of inconsistencies, non-validation and downright fraud yet it underpins climate policy of Western nations.

Coal and cheap coal-fired electricity has brought the West from poverty, disease, high mortality and hopelessness and led to the creation of the middle class. At present, China is undergoing the greatest industrial revolution and diaspora we have ever seen and no treaties or agreements will stop China achieving what the West takes for granted.

Some 20,000 generations of humans had an average longevity of 25 and over the last 4 generations, global longevity has increased to 79, child mortality has decreased and the calorie intake has increased. Since the time of Jesus, average income has increased by 30,000 times. We live in the best times ever to have been a human on this planet.

Green policies, touted as progressive, are highly regressive and want to take us back to the grim past when we died like flies, mainly from a big bacterial blast. Greens lobby for Africans to continue using twigs, dung and leaves for cooking and heating in unventilated huts resulting in the deaths of millions of women and children each year rather than using coal-fired electricity. There is not a whisper out of green activists about the killing of wildlife by wind turbines and the damage to human health.

Green forest policies result in a lack of fuel load reduction and the killing of billions of native animals and destruction of forests, farms, people, houses and income by catastrophic fires. Green activists know their policies destroy the environment, kill wildlife and forests and kill people and, if they didn’t, a 30-second search on their phones would reveal to them their green murder.

Turbines and solar panels cannot be recycled and are dumped resulting in the leaking of potent toxins into soil and water. Most components for wind turbines, solar panels, electric vehicles and mega-batteries either come from China or have the raw materials mined or processed in China.

Australia is well on the way to losing its low-cost and reliable coal-fired electricity, sovereignty, manufacturing and agricultural industries by embracing renewables. Concurrently China, the second biggest economy in the world, is surging ahead with using coal, much of which is from Australia.

Greens want us to drive electric vehicles (EVs) charged by renewables but don’t tell us that the cobalt for the batteries is mined by black child slave labour in the Congo and the nickel is mainly derived from clear-felling forests in the tropics and mining soils. There are not enough minerals, electricity and grid capacity for EVs and EV battery fires cannot be extinguished and release deathly hydrofluoric acid.

Green activism has nothing to do with climate, the environment or living on a cleaner planet. It is about unelected faceless activists controlling every minute aspect of our lives, transferring wealth from Australia abroad and financially impoverishing the middle class with the associated losses of freedom and national sovereignty. The apocalyptic exaggerations, concocted disasters and lies disrupt social cohesion and have terrified a generation of children who have no knowledge of the past and who have never experienced great hardship.

The green movement has created massive environmental disasters, long term financial hardship, unemployment and depressed and ill-educated youth with no critical or analytical skills. For Australia, Net Zero means unemployment, less travel, little food and a weakened energy system balanced by the sheer bliss of owning nothing and being a happy little socialist.

Our forebears did not fight for a weaker more impoverished Australia.

For further information or to purchase Professor Plimer’s “Green Murder” before its official release later this month, please visit www.connorcourtpublishing.com.au.

By the way,* this is not a paid advertisement for Ian Plimer’s book, ADVANCE simply believes “Green Murder” will be a great read.