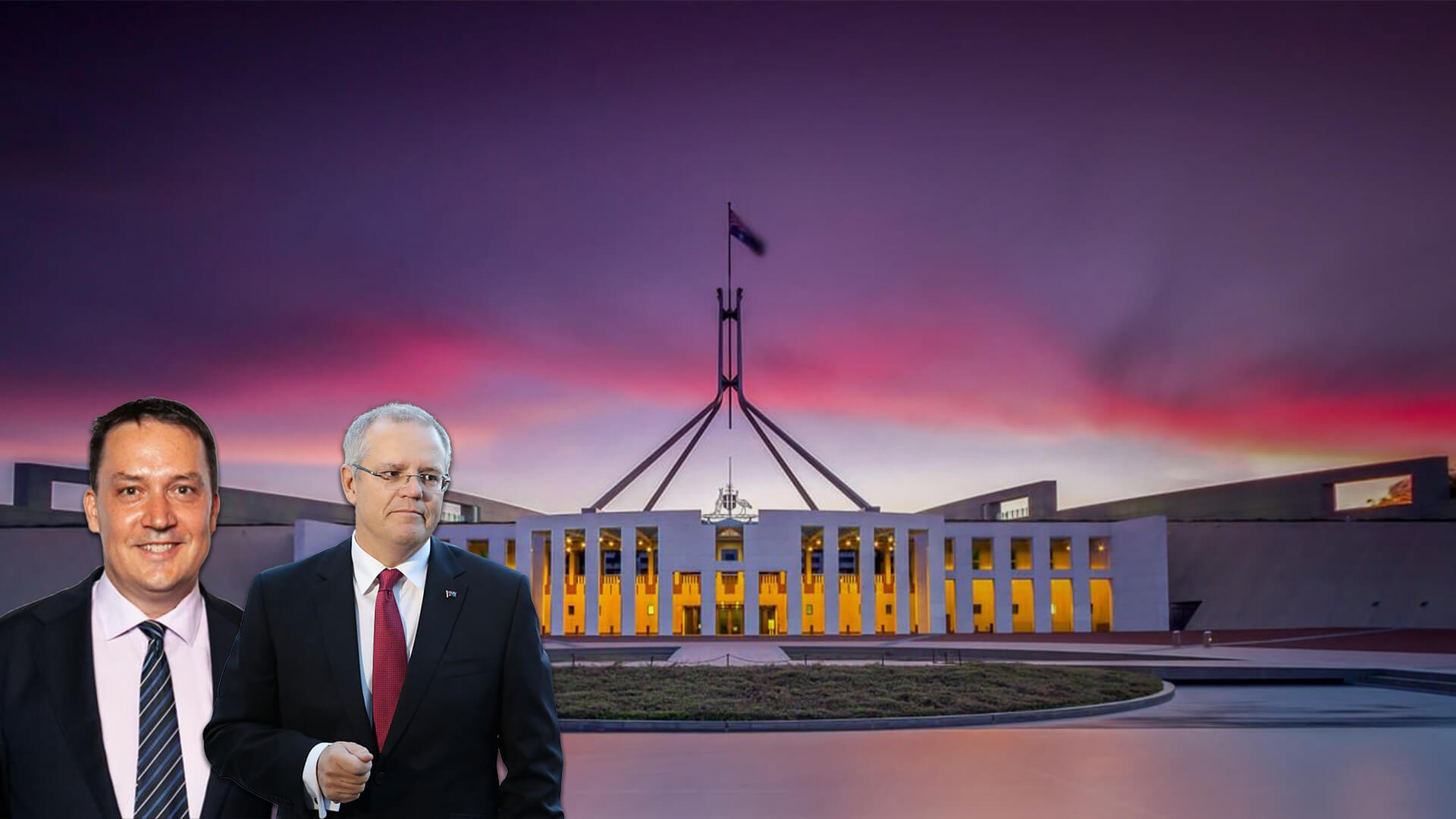 Liberal party insider turned Liberal Democrats candidate John Ruddick is a man worth listening to when it comes to internal party politics in Australia.

Not only was John the author of the ground-breaking book “Make the Liberal Party Great Again”, but he is one of the most outspoken critics of powerbrokers, lobbyists and party hacks controlling what was once the party of Sir Robert Menzies.

Below is a transcript ADVANCE put together of one of John’s most recent videos. It outlines how the ‘modern Liberals’ have managed to place a stranglehold over centre-right voices within the Liberal party for their own career advancement and pecuniary gain.

What you need to understand about the federal parliamentary Liberal Party is that it is completely dominated – and it has been for a generation – by the New South Wales Liberal party.

Now, you think about who the leaders of the Liberal party were when it was in its first half of existence: Robert Menzies, Harold Holt, John Gorton, Malcolm Fraser, Andrew Peacock, Billy Snedden. These people were all Victorians.

That all changed in the mid to late 1980s. John Howard was the opposition leader there for a while; Andrew Peacock made a comeback briefly; then it was John Hewson from New South Wales, of course; then we had Alexander Downer.

The point is: every parliamentary leader of the Liberal party since Alexander Downer has been from the New South Wales Party.

Is it because New South Wales is producing superior leadership?

No, it’s the opposite.

It’s because the New South Wales Liberal party has the most intense factional culture, and they play to win better than the other state divisions; it’s not about merit, it’s about arm twisting and party room ballots.

So, the New South Wales Liberal party is dominating and I think this government since 2013 – particularly since Malcolm Turnbull took over – has been the worst non-Labor government in the history of this country.

That is because the New South Wales Liberal party, which is so dominant, is so anti-democratic.

Well, ten years ago in 2011, there was a campaign in the NSW Liberal Party – which I was proud to be associated with – to bring about the democratic reform of the party.

The factional bosses absolutely detested it: Scott Morrison and his mates detested it the most; they do not want democratic preselections because that would have brought about a higher calibre of politician from New South Wales. They tried to kick people out of the party who were promoting democratic reform; it was a big battle for many, many years.

Eventually in 2013, out at Rosehill, we had the largest meeting in the New South Wales Liberal party. We had 2000 people there, just ordinary members, not the factional hotshots and deadbeats. It was the rank-and-file people; they are the best people; eighty per cent of party members are great people, and that’s why we wanted them to have a say in preselections.

At Rosehill, the party membership overwhelmingly voted for radical democratisations. The New South Wales Liberal party would have gone from the least democratic party to the gold standard. We were going to give every member a vote on who Senate candidates were going to be, every member a vote on who our state executive would have been, and every member on who would be in the House in state and federal elections: everyone was going to get a vote. It was a really beautiful system.

Well, the factions said we aren’t going to allow that. They watered it down; they took their time; they dragged it out and before you knew it, they had really watered the democratic reforms. Then they said these reforms were going to come in after the next federal and state election.

Now, coming up to the 2022 federal election, the New South Wales Liberal party was meant to have democratic preselections. That was six months ago.

If Morrison is so against the average Joe-Blow in the Liberal party (the people who have actually joined his party) to have a say, how much does he really believe in democracy generally?

If he just wants to use the election-winning machine that is the Liberal party to parachute his mates – people who will just blindly vote for him in the party room – he clearly doesn’t have much faith in the Australian people.

After a ten-year battle, they are just refusing to have the democratic preselections that so many good members fought for, and the person who is behind it more than anyone is Scott Morrison.

So what I think [is], these millions of people out there who always vote Liberal, I’m telling you, it’s a rotten husk.

It stands for nothing.

I think 80 per cent of Liberal party members don’t believe in global warming. They think it’s a fairy-tale. They see how we were promised 10 years ago there’d be rising temperatures and rising sea levels. Right now, it's December and I’m wearing a jumper and ugg boots: temperatures are not rising.

I think on this occasion, those millions of Australians who agree with me should not vote Liberal at this election.