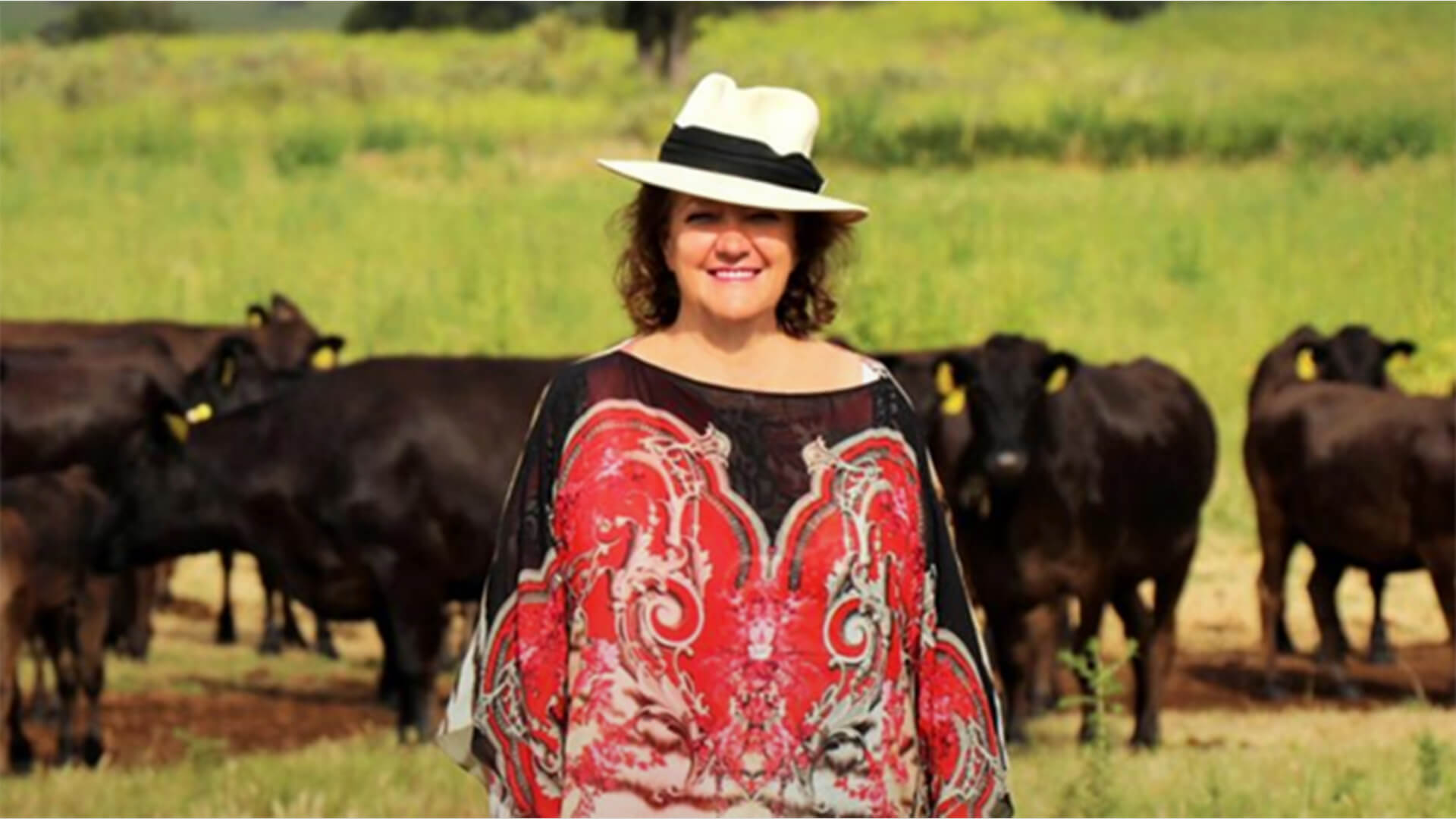 No matter how often so-called “journalists” criticise her and her family for almost single-handedly developing Australia’s largest export industry; Gina Rinehart will always be considered an outstanding Australian by most.

In a recent presentation delivered to St Hilda’s Anglican School for Girls in Perth – the institution she attended as a young lady – Gina gave a wonderful lesson to the young people of Australia.

Reflecting on her ancestors who were pioneers in the Pilbara region of northern Western Australia, Gina said she “loved to go home to our stations in the Pilbara. Like our friends further north, cyclones or the wet were very important parts of our year, as they had been since at least the 1860s, and weather was a big part of our conversations; rain being critical to our cattle.”

“We learnt from first-hand experience that cyclones were never exactly the same; some were more impactful, with high-speed wind and rain often dumped quickly; and of course, the impacts were greater near the coast and where the cyclones crossed,” she said.

“Although the adverse and changing cyclones were of critical importance to us, no TV crews rushed up to film the cyclones or exaggerate them either…The cyclones of varying intensity in this most climate-varied part of Western Australia – our North – went unnoticed by media for 100 years, and hence by association, by government.

“Apart from boarding school food – which frankly was truly awful back then – I’m grateful I had a real education, not one based on propaganda, but facts and rationale. I continue to believe that facts and rationale should provide the basis for education. It concerns me greatly that the current generation of school leavers and attendees too often miss such important basics, as too often propaganda erodes these critical foundations.

“It’s very important in my view, that today’s parents and guardians ask their children each and every day what they are learning at school; counter any propaganda; and address their concerns to the teachers directly, and of course, the principle.

“I’ll give an example: I’ve heard that senior school students, in a previous headmistress’ time, were having to watch – sometimes four-times-over – the ex-Democrat Vice-President Al Gore film, titled an ‘Inconvenient Truth’; a catchy title, but sadly short on delivery, as far as truth is concerned. For example: the sad loss of polar bears, when actually their numbers have increased. Despite the argument that human-induced climate change would cause the rising of oceans as he propounded, Gore used his global warming speech fees to buy a multimillion-dollar home shoreside in California.

“If I may ask a question for students to ask their teachers and do their own independent research [on], and that is, which comes first: global warming or an increase in carbon?

“It’s not too easy to find facts, these days; [which is] not helped when the government gives grants to support one side of the argument; making it less beneficial to consider the natural influences on our climate, [such as the] distance from the sun as the Earth orbits (which we should know influences summers and winters), volcanoes (including the many that erupt under the ocean), and other scientific facts that I had the benefit of learning when I was at school.

“Indeed, importantly, as we are overwhelmed by media and propaganda today, the Earth lived through many global warmings and ice ages – pre-man even being on this planet. Hence, multiple global warming and ice ages were not caused by man. But, if these four independent facts all support that global warming comes first – not increases in carbon; rationale should ask why the media in general, and those they influence, now call for reducing carbon? More questions spring to mind.

“Please be very careful about information spread on [an] emotional basis, or tied to money, egos or power-seekers, and always research for the facts even if the tide is against you and it’s not considered popular. Facts may not be popular, but that shouldn’t mean they should be overlooked.

“It doesn’t stop there. In this state, we are home to the SAS, and despite some dangerous media endeavouring to undermine our finest, we are very fortunate to have such highly-trained, dedicated people supporting us.

“As we all know, these men and women are sent by our government on dangerous missions overseas to help to protect freedoms elsewhere. It’s mainly men sent overseas, usually for months at a time, leaving their wives behind with children to look after. It’s not easy for these women, at times their husbands can’t be home to support [them in] childbirth. I admire them.

“My time allocation doesn’t permit me to continue with other Australians who inspire, so I’ll finish with quotes from a leader I do greatly admire for her sense, bravery, leadership and her duty to her country and acting in its interest, even if it isn’t popular in some noisy quarters.

“I hope these quotes resonate, as we sure need better leadership in this country. Quoting from former PM Baroness Margaret Thatcher:

“Socialists cry 'Power to the people', and raise the clenched fist as they say it. We all know what they really mean – power over people, power to the State.”