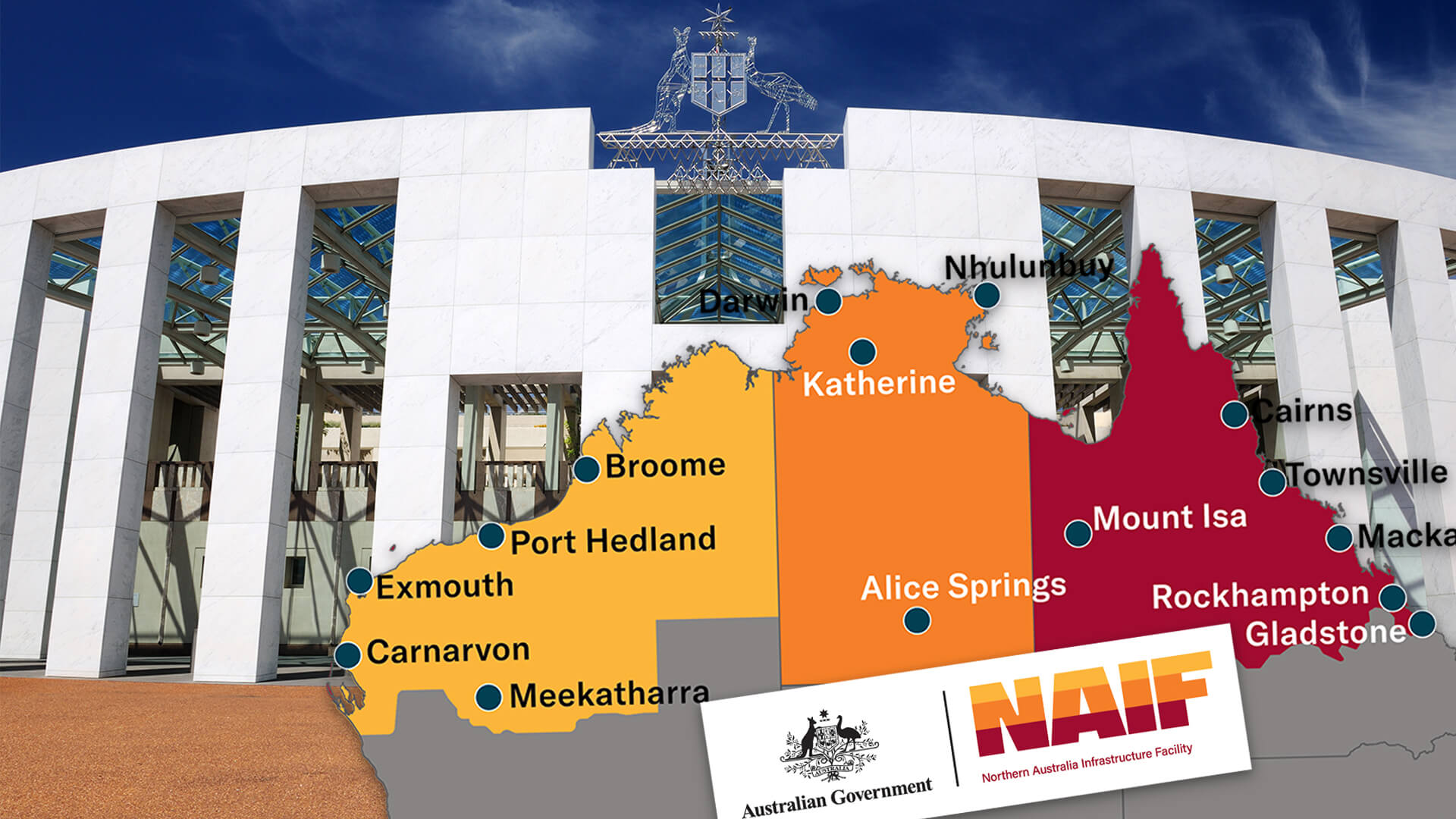 Although NAIF was touted by the Coalition as the solution to north Australia’s economic stagnation and ageing infrastructure when it was announced in 2015; the fund has coughed up a mere seven per cent of its $5 billion budget, with only 1.4 per cent going to Queensland.

At the same time, the government has spent over $31 million on NAIF’s administration costs and staff bonuses since the program’s inception; while Budget papers reveal it expects to spend another $62 million on internal costs by the time the scheme finishes in 2025-2026.

As the shadow minister for Northern Australia, Senator Murray Watt, said in response to these figures, “at the current rate it will take 73 years for all of the NAIF funding to be rolled out”. He even called NAIF the “No Actual Infrastructure Fund”.

Good on you, Senator.

Afterall, nobody can seriously call NAIF an “actual infrastructure fund” after its October 2020 annual report revealed the organisation has committed to give:

What are these people thinking?

JCU has shown no regard for the West’s sacred principle of free speech and intellectual inquiry after it sacked Dr Peter Ridd for standing up to misleading research claims about the Great Barrier Reef – the very same claims used to justify the closure of our mines, power stations and industrial farms.

While Australian sport is important, a government infrastructure fund should not be investing in a rugby league team’s “community high-performance centre”.

When looking at the numbers, this is a drop in the ocean considering the National Energy Market will lose around 14,500MW of capacity with Queensland’s Callide B, Gladstone and Tarong coal-fired power stations, NSW’s Liddell, Eraring, Vales Point B and Bayswater power stations, and Victoria’s Yallourn power plant all set to close by 2023-37.

Yet still, NAIF decides to invest in a 250MW pumped hydro project instead of building a new coal-fired power plant in Collinsville or upgrading the power stations our state governments hope to close in the next decade.

And as if it couldn’t get any worse, why invest $300 million in the construction of a ship maintenance and servicing facility in Darwin when Australia has no serious merchant fleet, insufficient shipbuilding capabilities and still allows the CCP to control the Port of Darwin?

With George Christensen and Bob Katter submitting a motion to the House of Representatives advocating for the government to “force the immediate sale of the Port of Darwin to an Australian-owned company”, perhaps NAIF should pay to give north Australia’s largest deepwater port back to the people.

At the end of the day, let’s hope the six-figure salaried bureaucrats who call the shots at NAIF realise Australia needs more dams, large-scale steelmaking and real power stations if we want security, prosperity and freedom going into the 2030s.

Considering water storage per person is set to decline by 30 per cent in Queensland by 2030, our steelmaking industry only produces 0.3 per cent of the world’s supply and power prices continue to rise in the face of our obsession with renewables, NAIF may be one of our only hopes.

But only if it’s taken by the scruff of the neck and sorted out quick smart.