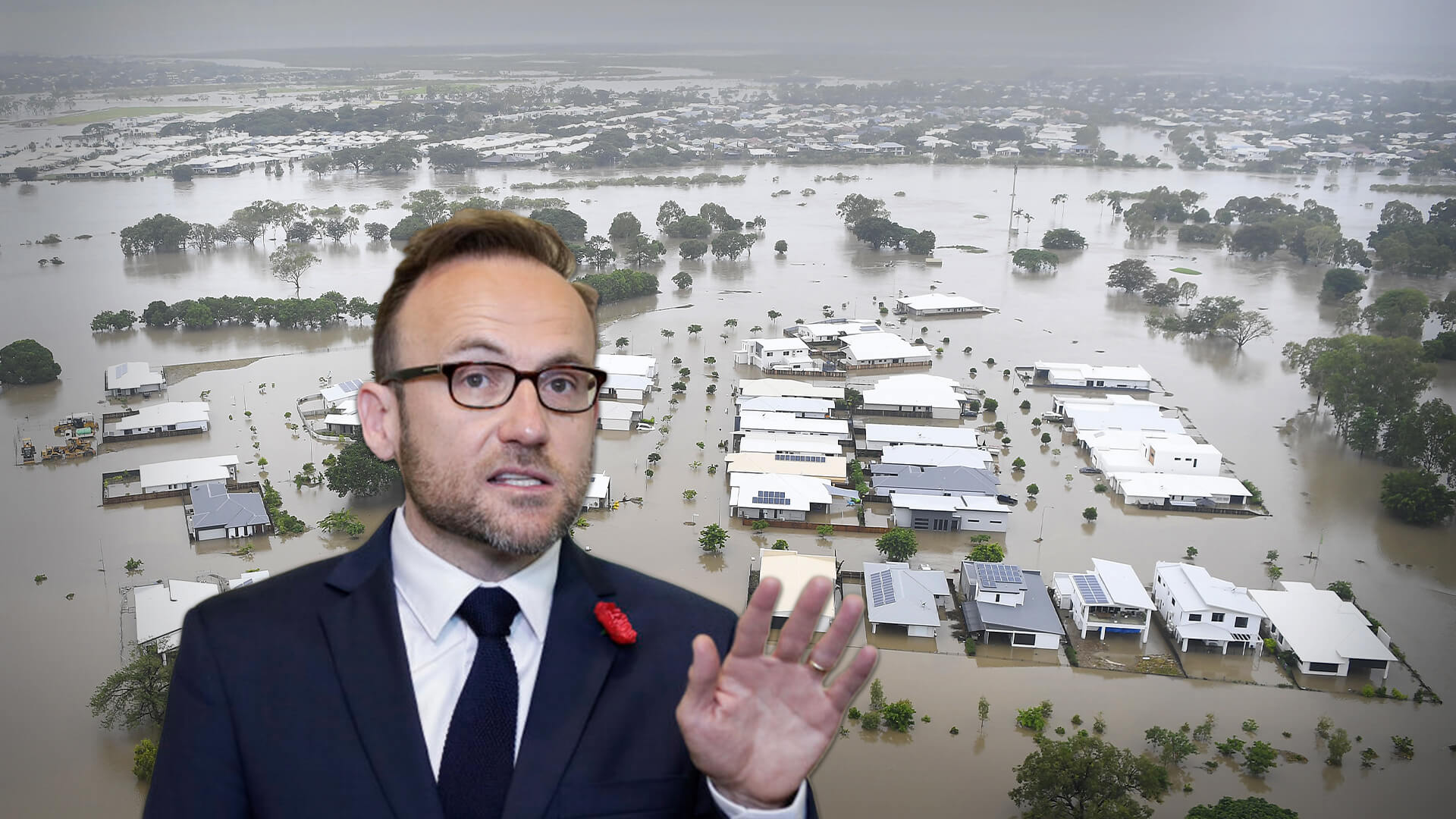 If there’s one party that understands the mantra “never let a good crisis go to waste”, it’s the Greens.

In reaction to the flooding across south-east Queensland and northern New South Wales over the last few days, the Greens have blamed climate change and our coal and gas industries.

Greens leader Adam Bandt and his Senator for Queensland Larissa Waters wrote “we’ll suffer more fires and flooding if warming exceeds 1.5 degrees. We MUST get out of coal and gas”.

Larissa continued, “as climate change accelerates, periods of intensive and sudden rainfall like this will become more and more common.”

Just open a bloody history book or a Dorothea Mackellar poem for once.

As explained in a letter written by Mr N. Bartley to The Queenslander on Saturday the 19th of September 1885, Australia ALWAYS was and ALWAYS will be a land of droughts and flooding rains.

“From 1782 to 1792, Captain Flinders landed at intervals in various places on the south and east coasts of our continent, and he found traces of drought and bush fires invariably”.

1869 and 1877 were dry years; 1882 and early 1883 were wet, and then, after the Java and Sumatra earthquake of August, 1883, came the constant evening glow and iron drought that has scarcely been broken since; the present is, no doubt, one of the periodic heavy droughts (like the 1826 and 1838 ones) which visit us at times, and become forgotten in the flood intervals, and it seems to be further complicated by the Krakatoa earthquake of August, 1883, on which occasion the pent up subterranean gases which usually form a comparatively harmless vent in ordinary volcanoes became increased, and found it needful to burst up a large area of sea and land in order to find escape.”