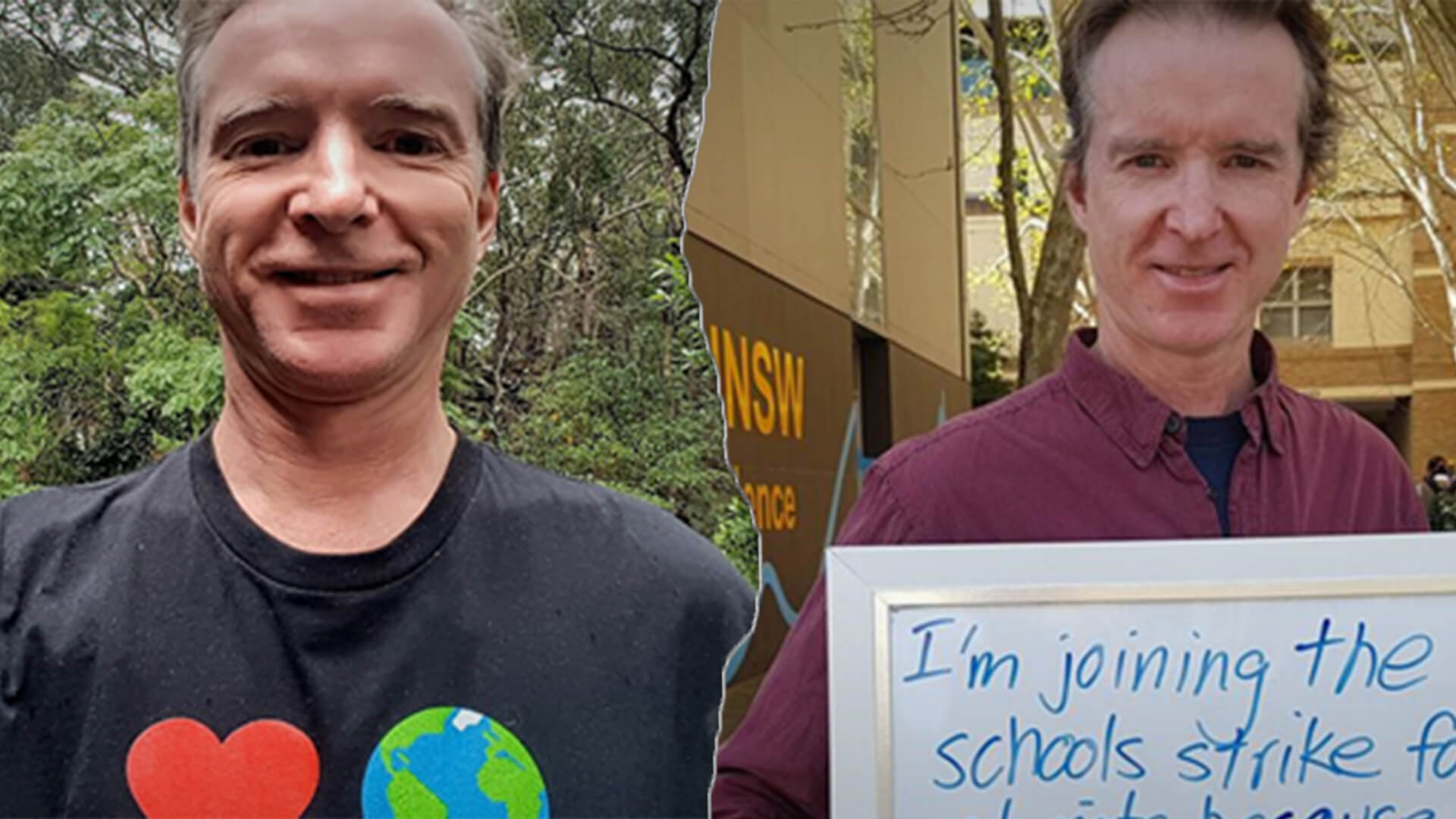 One wouldn’t want to scratch beneath the surface when it comes to the internal machinations of the Greens.

In breaking news, an ex-Greens member who once took on Scott Morrison at a federal election was led from a court in handcuffs after admitting to soliciting unspeakably vile child exploitation overseas.

The details are chilling.

According to the Daily Telegraph, Jonathan Doig – an avid environment activist who is pictured below – licked his computer screen after directing a female child in the Philippines to engage in a vile sex act on a video call, a court has heard.

This week Doig was led from a Sydney court in handcuffs – having accepted he will inevitably be imprisoned after admitting to repeatedly procuring children for sexual activity in the Philippines.

Federal prosecutors had not opposed Doig’s bail continuing until his sentence at Sydney District Court on December 17 – but Doig’s counsel instead asked for his bail to be revoked, meaning his time behind bars will instead begin this week.

Unfortunately for the Greens, being involved in controversy is nothing new.

For instance, although the Greens were the first to propose an independent inquiry into the unsubstanatied and unproven allegations made against former Attorney General Christian Porter, the party has taken months to take action when one of their own faces rape allegations.

As reported by the ABC back in 2017, the Greens knew about rape allegations against a party member and employee months before taking action.

In fact, many women who volunteered with the Greens had known about the alleged rape for over a year before the victim’s complaint was lodged, and yet the accused continued to work as a Greens staff member on three separate occasions during the election campaigns.

This same thing happened only a few months later.

In 2017, the ABC reported that a former volunteer for the ACT Greens has accused the party of mishandling her allegation that she was sexually assaulted by an older member on the night of the 2016 federal election.

According to the unnamed 22-year-old, “I was treated as a problem or an issue they [the Greens] needed to get out of the way to continue with campaigning. I don't think I was treated like a real person at all, just a road block.”

The toxic culture continues even in the federal Parliament.

Although Thorpe issued an apology, it still points to the incredible hypocrisy of the party given it has so viciously lambasted the Prime Minister for not doing enough to protect and respect women this year.

It only gets more bizarre.

As ADVANCE reported earlier this year, one of the new Greens councillors at Yarra City Council was charged with assault, offensive behaviour and public drunkenness outside Chasers nightclub in South Yarra, which hosts “the popular LGBTQ dance party Poof Doof”. Interesting company for a Somali refugee…

The same Greens-run council advertised for a “climate emergency artist” with the $72,000 salary paid by Victorian taxpayers. Good money if you can get it.

Under the council’s aptly named “Yarra Waste and Recycling Revolution program”, the council is trying to change the behaviour of recalcitrant residents by inspecting their bins to ensure residents are flattening their paper waste and putting it in the right bin. Those who fail to recycle correctly may be shamed with a tag attached to their bin to “encourage” better behaviour.

To top off the chardonnay socialism, Yarra Council flew the “aromantic flag” at council buildings earlier this year in solidarity with “those whose experience of romance is disconnected from normative societal expectations or who experience no romantic attraction,” to quote Mayor Gabrielle de Vietri.

Talk about out of touch and creepy. We can’t let these people have any more power than they already do by backing a Labor-Greens alliance at the upcoming election…