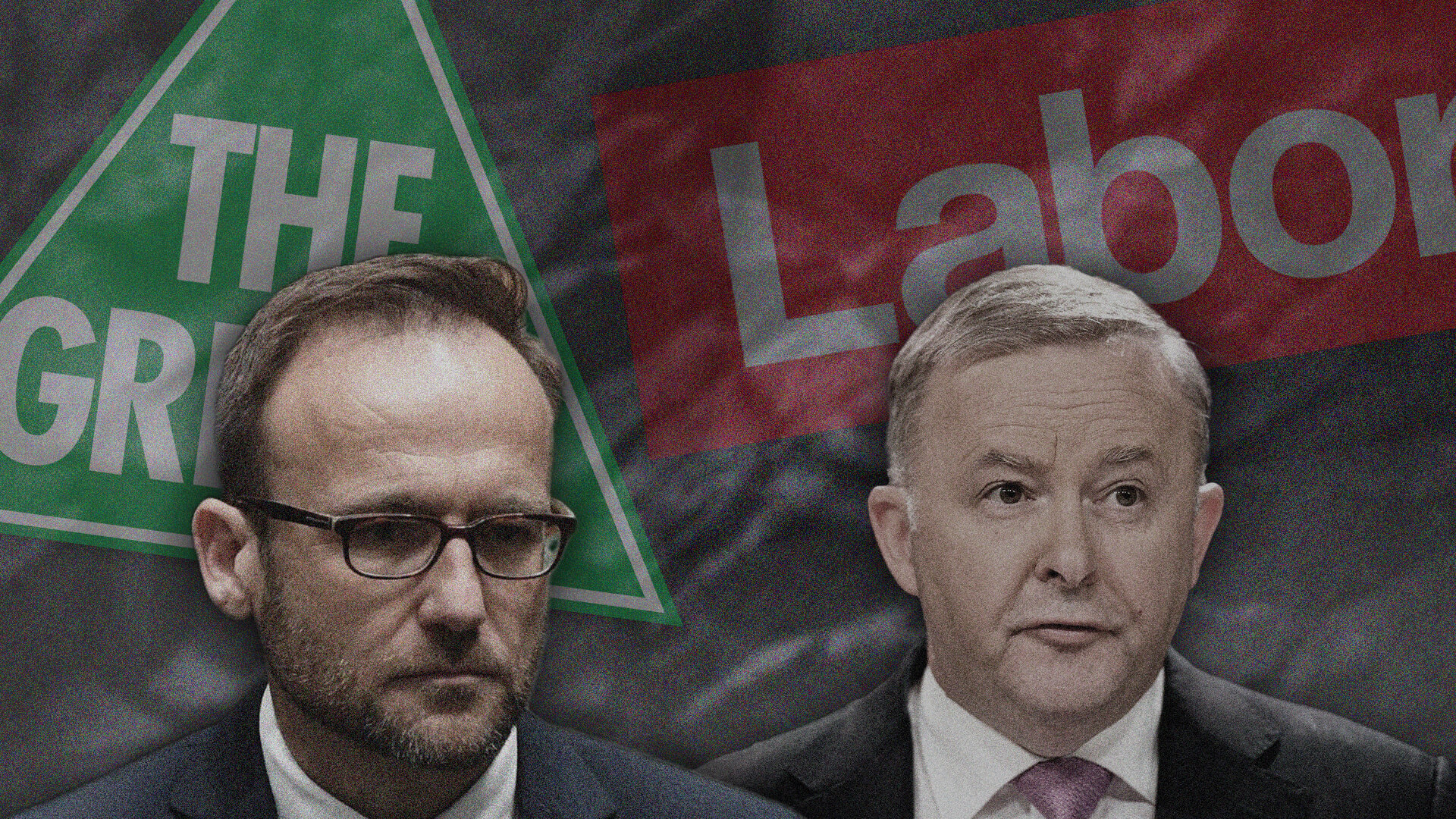 The most likely outcome if Australians decide to vote Labor on Saturday is a Labor-Greens coalition…and the consequences will be devastating.

This is what happened when Julia Gillard did a deal with Greens leader Bob Brown to weasel her way into the Lodge and betray Australians by implementing a carbon tax back in 2010.

What will Bandt demand?

Well according to the press, Bandt will have seven demands for Albanese and Labor if he holds the balance of power.

Some of these demands include lifting income support, building one million affordable homes and fast-tracking action on the Uluru Statement from the Heart… According to Parliamentary Budget Office costings released by the Greens, the overall cost of its seven marquee policies is just over $173 billion.

Even worse, the Greens will pay for all of this with the $182bn in new revenue and savings measures it generates by taxing billionaires and ending “subsidies for coal, oil and gas”.

As Bandt said himself, “the Greens want action for First Nations people, including a truth and justice commission to begin acknowledging the violence and dispossession of this land’s first peoples, as well as progress towards a treaty, to complement Labor’s commitment to progress the voice to parliament,” he said.

“We’ll also tackle inequality and cost of living pressures by pushing to wipe student debt and increase income support above the poverty line. By making big corporations and billionaires pay their fair share of tax, we can build a better future for all of us.”

Under an Albanese-Bandt government, EVERY productive industry in the nation will be taxed into oblivion.

With the funds they will give handouts to activists. They will buy more Chinese-made solar panels and wind turbines. They will wipe student debt even though it was the students themselves who made the decision to become indebted to learn useless theories about gender and the coming climate catastrophe.

And they will build houses with materials imported from overseas given they’re hellbent on shutting down our timber industry and have no plan for a low-cost steel manufacturing industry considering they’re against blast furnaces and cheap baseload power.

In essence, the Greens will tax the productive and give to the unproductive. To do this, more money will have to be printed, further increasing inflation and cost of living pressures. In response the Reserve Bank will be forced to raise interest rates further, sending hundreds of thousands of Aussie families into bankruptcy and negative equity.

Meanwhile Adam Bandt and Lidia Thorpe will be singing kumbaya, claiming they saved the world from the apocalypse…all while Xi Jinping laughs from behind.