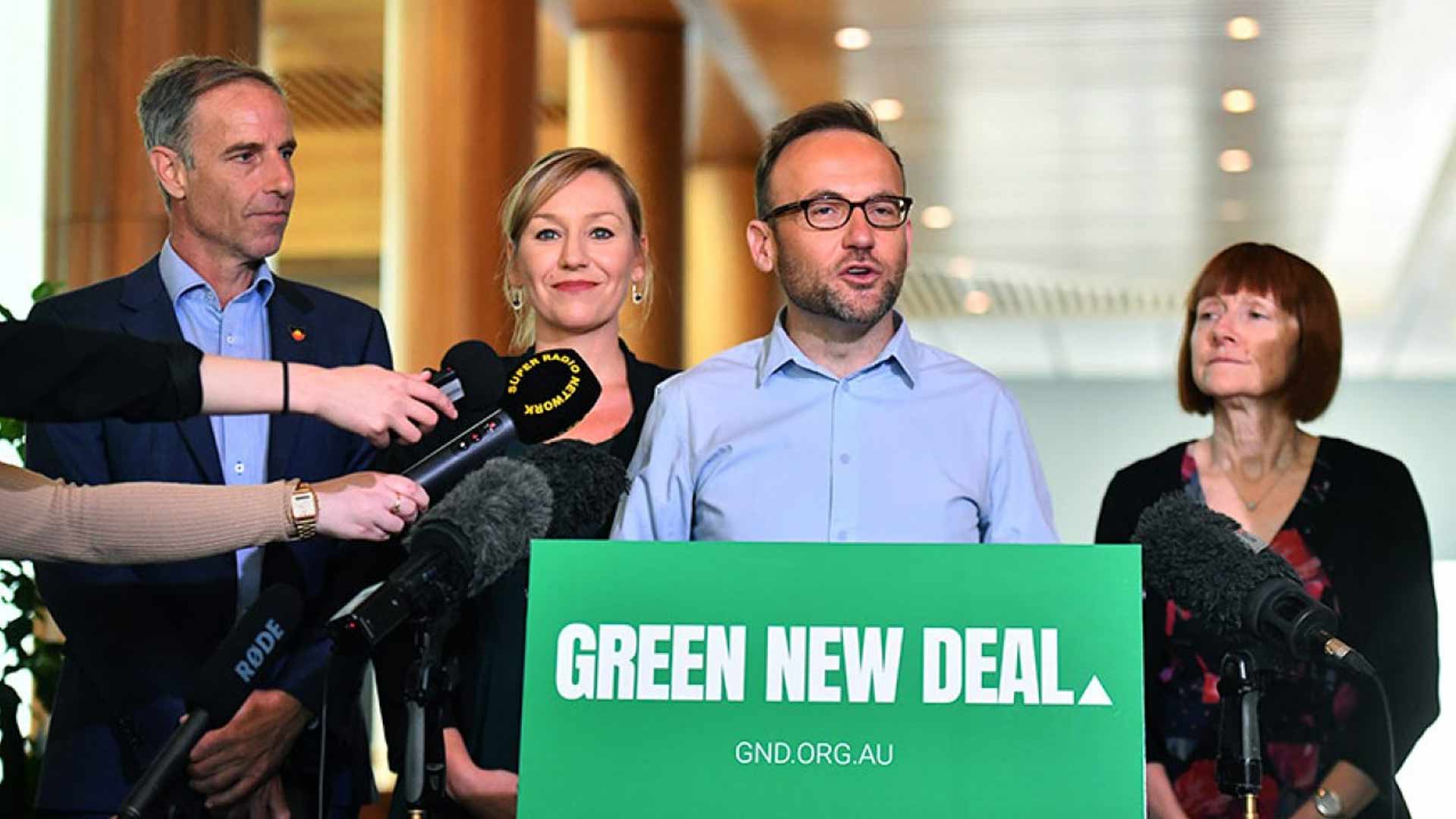 Blind Freddie can see it coming from a mile away.

Labor will FAIL to gain a parliamentary majority at the upcoming May 21 election.

To ensure each-way Albo makes it to the Lodge, Labor will do a DIRTY DEAL with the Greens to form government as Julia Gillard managed to pull off with Bob Brown in 2010.

Prime Minister Albanese will be IMPOTENT in his ability to pass any bills without the tick of approval from nutjob Adam Bandt…and the consequences will be profound.

Bandt began his painful speech by slandering our history. “This country was invaded. Sovereignty was never ceded”, he falsely claimed.

The arrival of Europeans was actually nothing like what Bandt and his pals would have you believe.

Our founding father Governor Arthur Phillip’s 1786 declaration that “there can be no slavery” in New South Wales and that “any Man who takes the life of a Native, will be put on his Trial the same as if he had kill’d one of the Garrison.”

Who cares that when the Governor was speared in the shoulder by an Aboriginal warrior on Manly beach in 1790, he refused to retaliate – a decision that resulted in Bennelong meeting with the Governor a week later?

Why bother acknowledging that King George III demanded that the colonists “endeavour, by every possible means, to open an intercourse with the natives, and to conciliate their affections, enjoining all subjects to live in amity and kindness with them”?

All Bandt cares about is his “Indigenous Voice in Parliament” and “Treaty” which will only concentrate more political power in Canberra’s halls of parliament and give his supporters something to virtue-signal about.

Next Bandt said “we have to get out of coal and gas” because “the writing is on the wall when it comes to climate change.”

Instead he says the Greens will “back the growing green minerals sector in Australia where we mine and process the minerals needed to make electric cars, batteries and wind turbines”.

Adam, have you consulted Xi Jinping and Narendra Modi on this? The Chinese and Indians have HUNDREDS of coal-fired power, gas and nuclear plants under construction on top of the THOUSANDS they currently have under operation! Why can’t they see the “writing on the wall”, mate?

In terms of the “green minerals sector”, Bandt is bloody dreaming. The processing of rare earth minerals is INCREDIBLY energy-intensive and toxic. The idea we could process them and then use them to manufacture batteries with weather-dependent wind turbines and solar panels is delusional at best. Just ask the Chinese!

Ignoring the REAL war in Ukraine, the Greens leader then proceeded to claim that “we’re at war” and “the enemy is climate change”. He said, “people are being chased from their homes by floods and fires…the war is bleaching our reef, burning our forests to the ground, dropping rain bombs on our cities and towns and damaging our communities and economy”. The man even went so far as to claim “we will starve, cook, be washed away and die”.

Adam, the floods are NOT unprecedented. As we’ve reported here at ADVANCE on multiple occasions over the last months, there was MORE rain and flooding in 1893. In fact, 850 years ago, Lake Mega-Frome in central Australia (now a barren desert) was flooded for decades. The fires were caused by green local councils and state governments who monstrously failed to manage our millions of hectares of national parks. And according to the Australian Institute of Marine Science, the amount of coral on the reef has NEVER been higher than in 2021.

Finally, the Greens leader declared that “trans rights are non-negotiable” in reference to the right of biological men to participate in female sport.

As the Prime Minister said in reference to his anti-trans candidate for Warringah yesterday, Katherine Deves is “standing up for something really important, and that is to ensure that … when it comes to girls playing sport and women playing sport, that they’re playing against people of the same sex.”

Vote Labor, get Greens, get a ban on coal and gas, fearmongering on climate change, the rewriting of our history and men playing in women’s sport.