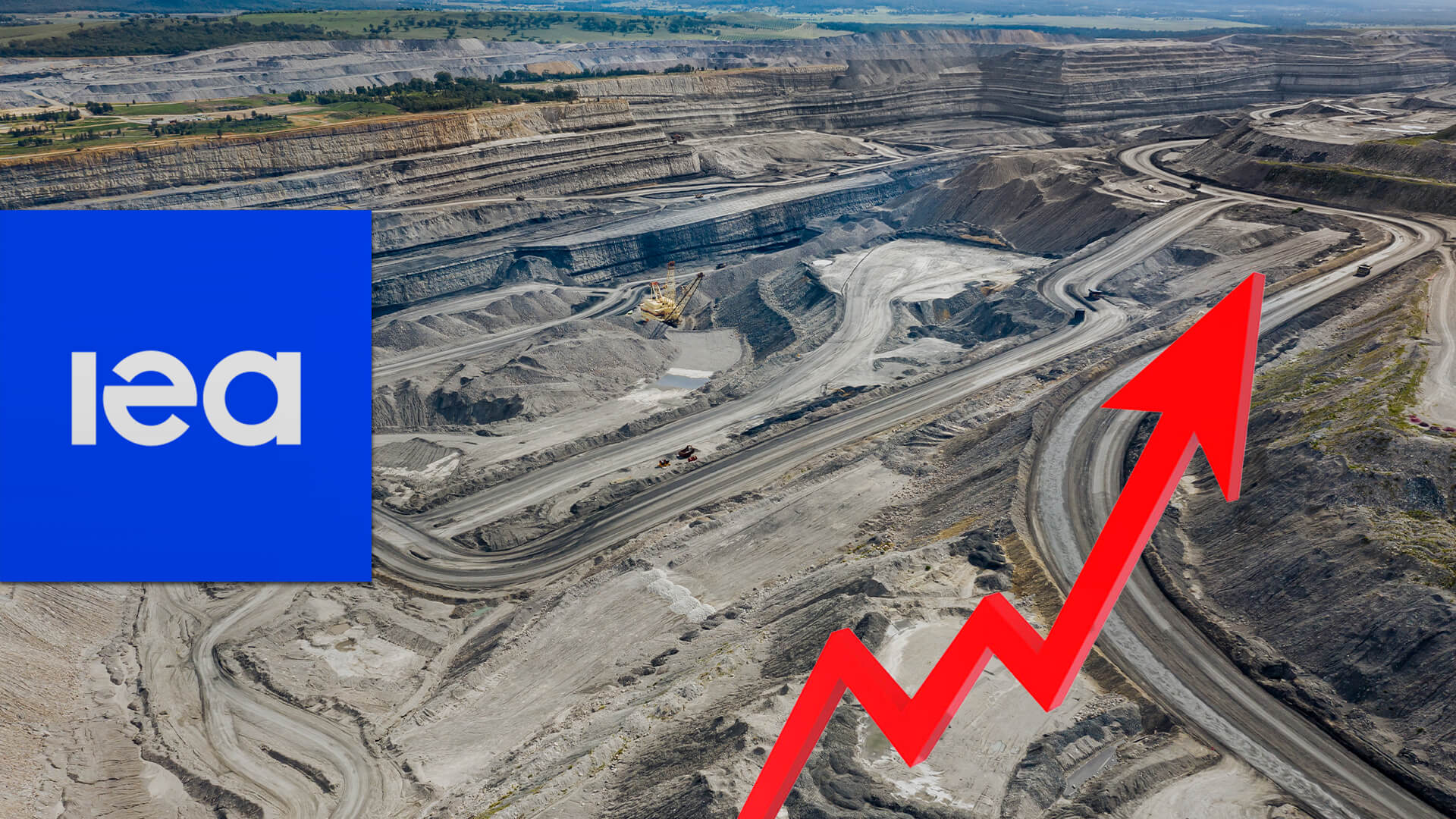 When it comes to predictions made by the “experts”, always assume the opposite is true.

Coal is the perfect example.

Although academics and scientists at our most prestigious universities, think-tanks and international organisations like the United Nations assert “king coal is dead”; coal has never been doing better.

As reported by the International Energy Agency (IEA) in its “Coal 2021” report released last week, the 2020 collapse in coal demand turned out to be smaller than anticipated thanks to a sooner than expected economic recovery in China and a December cold snap in Northeast Asia.

Global coal demand may well hit a new all-time high in the next two years. Several causes can be attributed to this. Firstly, declines in coal demand in advanced economies is being offset by growth in emerging and developing countries, underlining the futility of nations like Australia rapidly transitioning to net zero emissions. High gas prices are encouraging poorer nations to switch back to coal from gas. While China and India are expected to see growth in coal demand of one and four per cent a year respectively between 2022 to 2024.

Coal production is set to rise to its highest ever levels in 2022. Again, this is largely caused by China and India where coal shortages have led to power outages, idled factories and a government push to ramp up production and reduce shortages. Record production was also assisted by flooding in Indonesian mines. However, the IEA predicts coal production to face headwinds given financing and bureaucratic restrictions on the construction of new mines is undermining investment.

Coal prices reached record highs in 2021. Many will remember when the anti-coal brigade told us “king coal is dead” after thermal coal prices fell to USD 50 per tonne in the second quarter of 2020, down by around 50 per cent over an 18-month period. However, the trend reversed violently in the fourth quarter. Supply cutbacks, rebounds in economic activity and high natural gas prices meant demand increased rapidly without equal increases in supply. As a result, coal prices reached all-time highs in early October 2021, with imported thermal coal in Europe, for example, hitting USD 298 per tonne.

Momentum behind net zero has grown, but the era of declining emissions is moving further away. As ADVANCE has been saying for years, pledges by China and India to reduce their emissions should not be trusted.

The IEA agrees: “the pledges to reach net zero emissions made by many countries … are not yet visible in our near-term forecast, reflecting the major gap between ambitions and action. The fate of coal depends on how quickly and effectively countries move to implement their net zero commitments.”

As Senator Matt Canavan wrote in response to the IEA’s report, “coal is still king”…