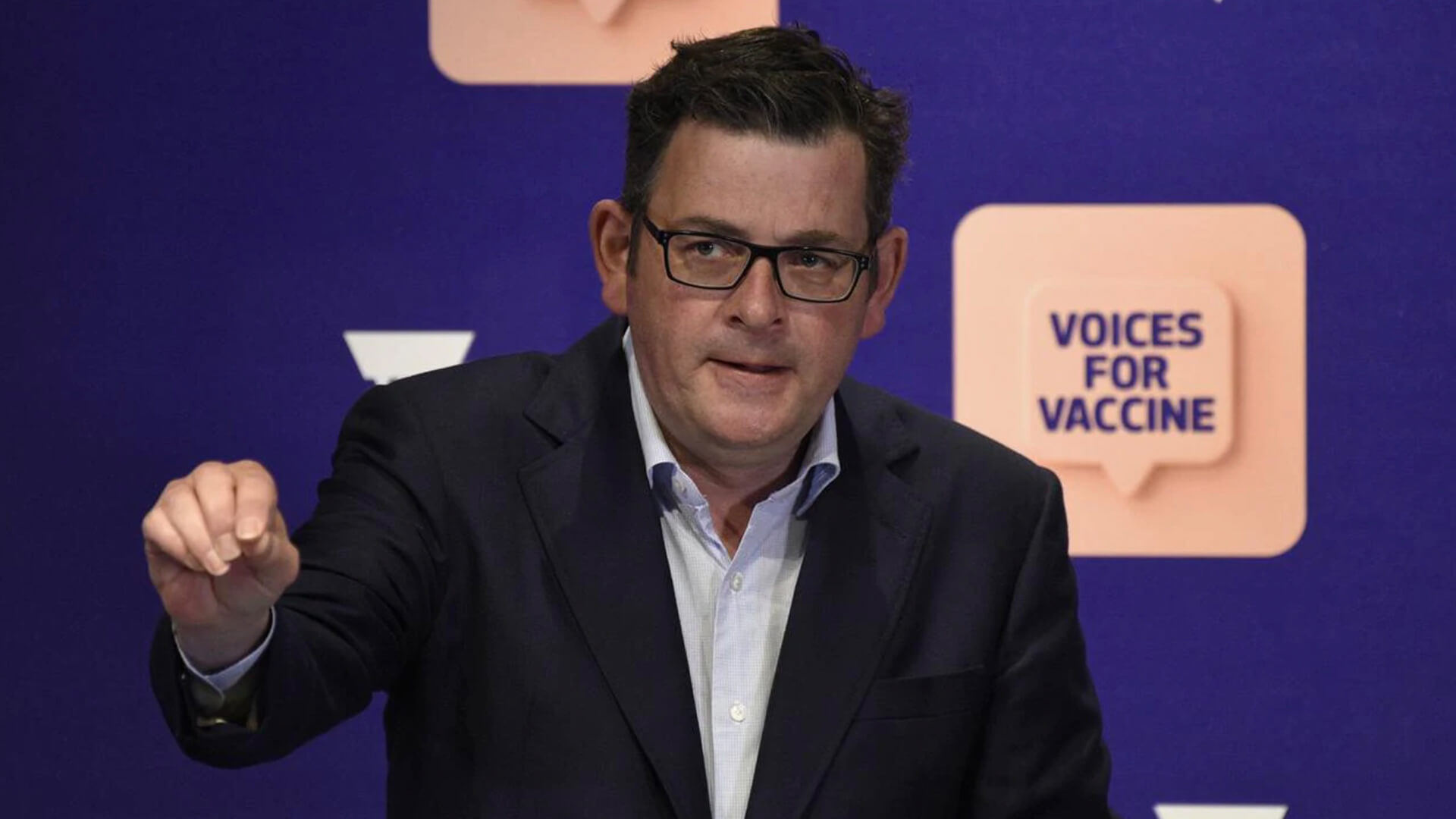 In the latest attack on working Australians by Dictator Dan, Victoria has shut down its construction industry to “stop the spread” even though it’s operated continuously throughout the last six lockdowns.

On the very day workers rally outside the CFMEU union headquarters against mandatory vaccinations and the incestuous relationship between government and unions, Despot Dan uses unreleased “Public Health Advice” to shut the entire industry down.

Then Andrews, his team of spin doctors and several senior unionists brand the protestors as “neo-Nazis”, “violent far-right wing extremists” and “anti-vaccination activists”, only to have  Victoria’s Police Commissioner declare the protestors are “young, angry men who are using this as an opportunity to attack police”.

Our politicians, unionists and police are characterising protesters who are protesting for their civil liberties as unhinged, extreme apologists for a tyrannical regime that’s responsible for the deaths of six million Jews.

They’re now using undisclosed “health advice” to shut down an entire industry because some workers decided to stand up for themselves and their most basic freedoms.

And for a Labor government that always marketed itself as “progressive”, it’s incredible to see their absolute disregard for Australia’s international agreements on “collective punishment”.

Has Dictator Dan seen Article 50 of the 1907 Hague Regulations that says, “no general penalty, pecuniary or otherwise, shall be inflicted upon the population on account of the acts of individuals for which they cannot be regarded as jointly and severally responsible”?

Is Police Commissioner Patton troubled by the fact Victoria is now in violation of Article 87 of the 1949 Geneva Convention – which applies to armed conflicts – that says “collective punishment for individual acts” is forbidden?

Are Dan and Patton kept up at night by the fact they aren’t even abiding by Australian military protocol in occupied territories?

According to Australia’s Defence Force Manual (1994), collective penalties are expressly prohibited as measures for the control of the population of occupied territory…but never mind if the same tactics are used to control the people of Victoria, right?

Or how about our military’s LOAC Manual (2006) that states “collective punishment … [is] forbidden” in both our own territory and occupied territory?

There are just no excuses or justifications for what Dictator Dan, Police Commissioner Patton and the unions are doing to the people of Victoria.

Advance and our 141,000+ supporters will continue to point out that these people are on the wrong side of history.

Afterall, 42 per cent of Australians now believe governments are “moving too slowly to relax COVID-19 lockdowns and restrictions and harming the economy, jobs and mental wellbeing”, compared with only 20 per cent back in mid-July last year. 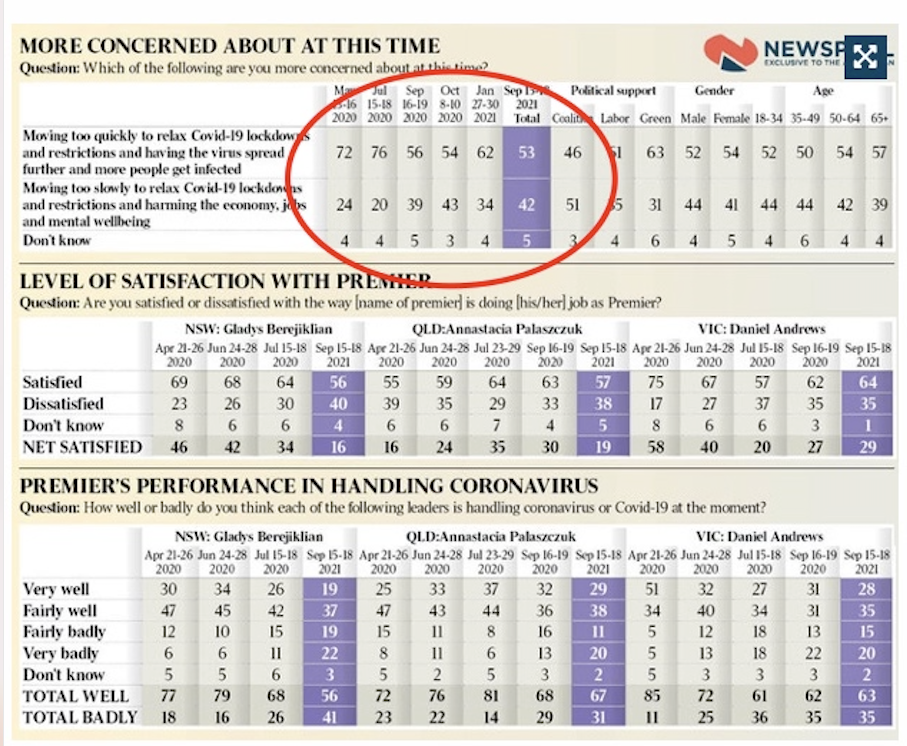 Expect the same figure to reach 80 per cent if the state governments keep this rubbish up until Christmas.

The gig is up.

It's time to end the lockdowns; end the press conferences; and let people get on with their lives.

If the politicians don’t UNLOCK AUSTRALIA, they can expect more civil unrest, more draconian responses to the civil unrest and further subversion of the Aussie way of life.