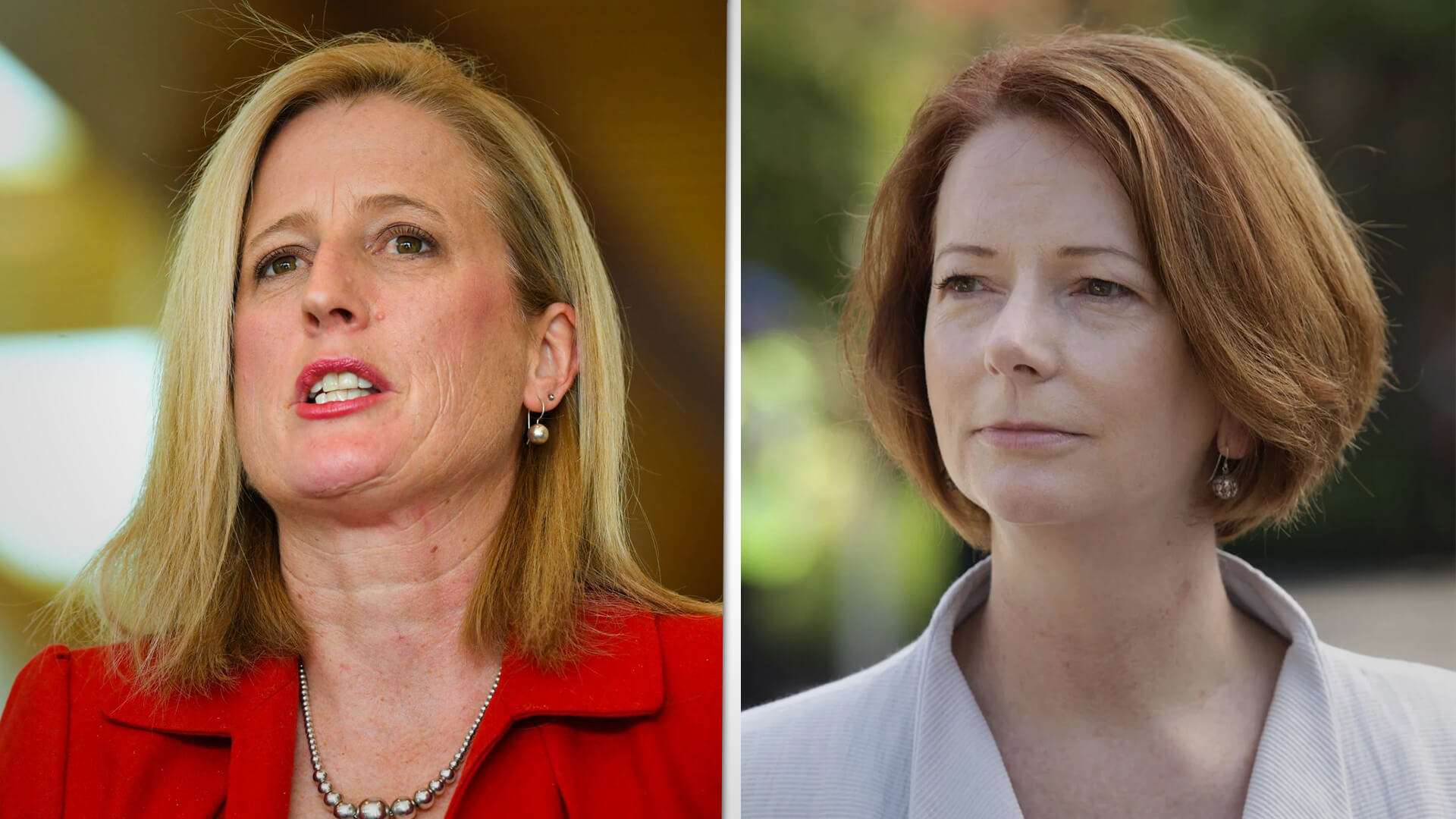 Although they keep denying it, the writing is on the wall when it comes to the prospect of a Labor-Greens coalition forming after the election on Saturday … and the latest piece of evidence comes from former Prime Minister Julia Gillard.

Going back eleven years to the 16th of August 2010, Gillard said, “there will be no carbon tax under the government I lead”.

As a result, Julia teamed up with Greens leader Bob Brown and his prodigy Adam Bandt to form a Labor-Greens coalition that would enable confidence and supply and guarantee her a golden ticket to the Lodge.

Well, in order for the Greens to support Labor, Gillard had to cave to their radical demands…which, of course, included the implementation of a carbon tax.

The relevance of all this to today?

As reported by the press this morning, Julia Gillard has made a rare campaign endorsement for Labor’s shadow finance minister, Katy Gallagher.

Gillard has written to residents of the ACT and recorded a video endorsement.

In her letter, Gillard said she doesn’t “usually talk about politics, but there is someone I want to talk to you about today”.

“Katy Gallagher is more than just a good friend to me, she is a strong advocate for the values that matter,” she wrote.

“If Labor wins the election, and Katy wins her place in the Senate, she will be Australia’s (next) Finance Minister.

“That’s why I would encourage you to ask yourself this question before you cast your vote – can I really risk losing someone like Katy from the Senate?”

Well ADVANCE would encourage the people of the ACT to ask themselves this question before they cast their vote – can you really risk voting for someone endorsed by a former Prime Minister who lied to the Australian people about a carbon tax after doing a dirty deal with the Greens to form government?

The short answer is NO. We can’t!

Australia CANNOT afford to have another Labor party carbon tax.

Our manufacturers are ALREADY struggling with the high energy prices Labor state governments have created by shutting down our coal-fired power plants and replacing them with Chinese-made, weather-dependent wind turbines and solar panels.

Even worse, they won’t even consider legalising nuclear power even though it fulfils the net zero emissions criteria they seem to care about more than anything.

As ADVANCE has been saying for years now, vote Labor, get Greens.

Don’t let history repeat itself on May 21…