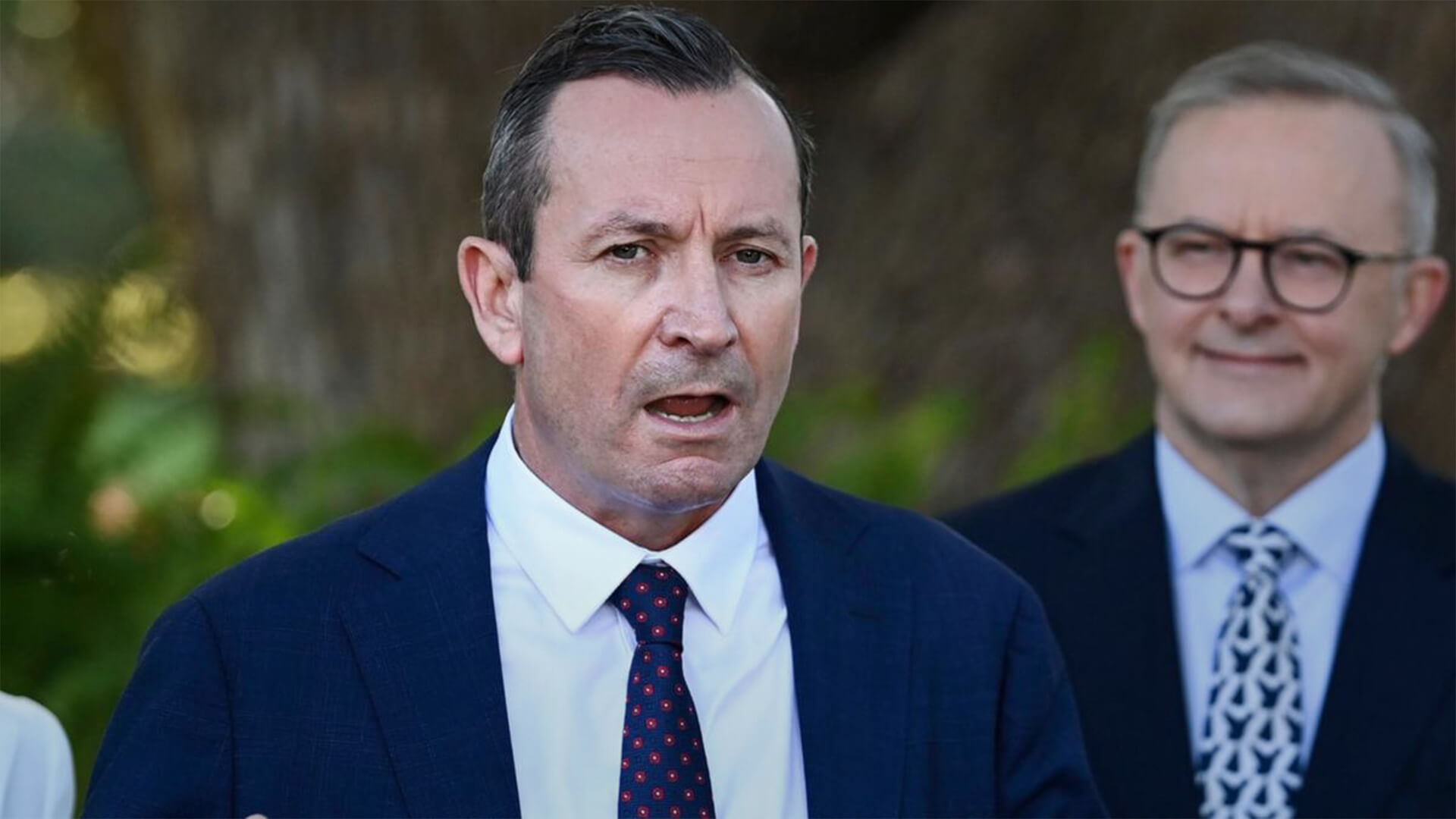 If you want to know what a Labor government would look like under Anthony Albanese, look no further than the People’s Republic of Western Australia under Emperor Mark MaoGowan.

This week MaoGowan labelled Defence Minister Peter Dutton the “biggest threat” to Australia and accused him of using the presence of a Chinese intelligence ship off the coast of the Pilbara to win votes ahead of Saturday’s election.

“All this rhetoric by Mr Dutton is just politics, and his language around war and ‘we’ve got to be prepared to fight’, all this sort of stuff that’s gone on for the last year, is highly dangerous,” McGowan said.

“It’s against the national interest, and it’s actually inflammatory and unnecessary, and I just think he’s the biggest threat to national security.

“I just think we need to be very careful about language. Mr Dutton was just trying to stir up fear and all that sort of thing to try and win votes,” he concluded.

You reckon it’s “just politics” to call out the Chinese Communist Party for sailing military ships off our shores while they militarise the Solomon Islands 1500 kilometres away from the coast of Queensland?

You reckon it’s “unnecessary” to call out the same mob who’ve crippled countless industries across Australia in retaliation to the PM’s decision to call for an inquiry into the origins and coverup of the outbreak of COVID-19?

And you reckon it’s “inflammatory” to “stir up fear” when it comes to a regime that admits it’s hellbent on becoming the global hegemon and control the Asia-Pacific region?

Whose side are you on, Mark?

After the Prime Minister said the World Trade Organisation should have expanded power to stand up to “coercion” such as China’s decision to ban imports of our timber, wool, beef, barley and coal exports, McGowan said “I don't understand it, why he would be doing that. You don't support the nation unless you have customers and our biggest customer is China.

“I just think we need to be very careful in relation to our language and the way we approach these things because we could be the big losers out of it,” McGowan finished.

It gets even worse when it comes to decisions on defence.

McGowan has labelled comments by Defence Minister Peter Dutton about China’s belligerence “insane” and “off the planet”… and didn’t Communist China love it, pouring praise on McGowan for speaking out to support Beijing instead of his own countrymen.

China’s foreign ministry spokesman Zhao Lijian showered applause on the Labor Premier’s for his sook about Australia’s stance on Beijing.

“The Australian government should heed these constructive opinions,” he said at a press conference.

“Face up to and reflect on the crux of the setback in bilateral relations, abandon the Cold War mentality and ideological bias, earnestly uphold the principle of mutual respect and equal treatment, and act in ways conducive to enhancing mutual trust and promoting practical co-operation.”

You want us to “act in ways conducive to enhancing mutual trust”? After you, China!

We will fight for our sovereignty, and we won’t be bullied by a regime that’s dependent upon our world-class mineral resources and agricultural products to keep their industries running and their people fed…