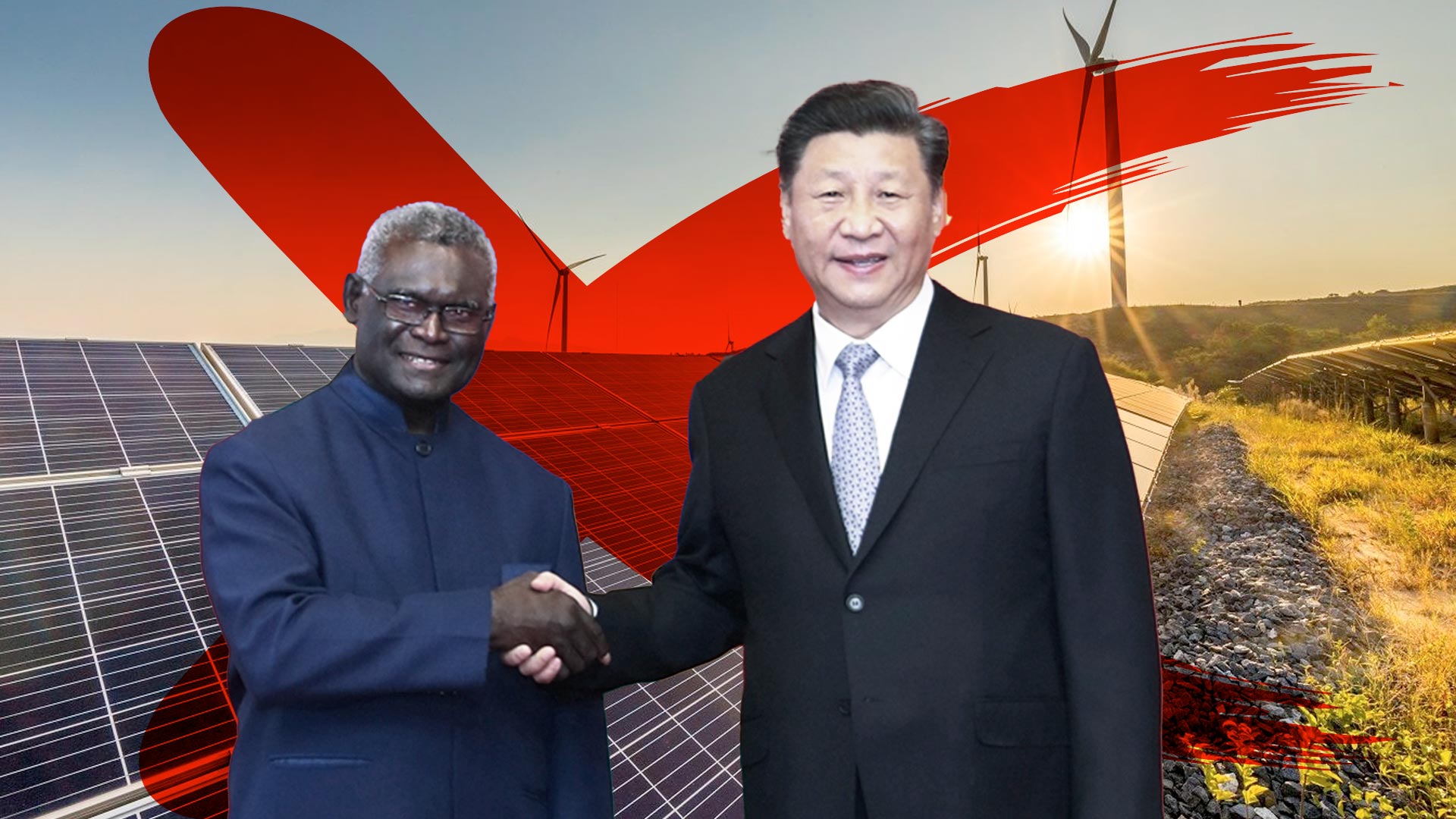 We CANNOT trust Labor and the Greens when it comes to our national security, and we’re not just talking about the prospect of a Labor-Greens coalition.

In response to the Solomon Islands’ decision to sign a security pact with the Chinese Communist Party last week, Labor’s shadow treasurer Jim Chalmers has made an absolute FOOL of himself.

Chalmers said Australia needs to be a credible partner on climate change to rebuild its relationship with Pacific neighbours.

“This is the consequence of a government which has cut foreign aid spending. They’ve mocked our Pacific friends when it comes to climate change, and they’ve dropped the ball when it comes to our national security, and that’s what we’re seeing now,” Chalmers said.

Think about it for a second, mate.

The Solomons Islands have just signed a security pact with the Chinese Communist Party. Meanwhile the Chinese Communist Party are operating 1000 coal-fired power plants. They have 127 coal-fired power plants under construction. They are increasing their domestic coal production by 300 million tonnes to bolster their “energy security” according to a senior Chinese cabinet member. They refused to rock up to the United Nations FLOP26 climate summit. And yet you think the reason the Solomon Islands has ditched Australia is because of our lack of climate action?

What planet are you on, Jim?

It’s time the record was set straight on the Solomons as opposed to playing politics with the issue like Labor and the Greens.

The REAL reason the Solomons sided with China is because of internal civil unrest in the Solomons that has been brewing since the late 1990s when the Guadalcanal Revolutionary Army went to war with the Malaita Eagle Force... and the tensions remain today.

In November last year, violence descended on the Solomons’ capital Honiara between two key centres of power in the islands. First there’s Malaita – the most populous and impoverished province in the nation. And then there’s the national government, led by fourth-time Prime Minister Manasseh Sogavare who was put into power after Malaitan militants kidnapped Prime Minister Bartholomew Ulufa’alu, who was freed in return for his resignation.

Although the ongoing disputes revolve mostly around economic disparities, more recently they’ve been compounded by a dispute over China policy.

In 2019, Sogavare recognised Beijing, angering Solomon Islanders all across the nation, but especially in Malaita. Some were nervous that the Solomon Islands would be overpowered and bought off by China. Others were loyal to Taiwan after the Asian nation established a popular development and aid program in the Solomons.

“This didn’t lead to gratitude on Sogavare’s part,” he said.

“It led instead to an intensification of that special resentment that dependence can breed. Sogavare is reported to have told his colleagues about mystical conversations he has had with dead Solomons leaders.”

Geopolitical analyst Cleo Paskal, of the American Foundation for the Defence of Democracies, said Australia mistook the rioters as troublemakers when they had actually been peacefully protesting “to safeguard their democracy from what they viewed as corrupt foreign influence”.

So, what’s the lesson to draw from all of this?

Tensions about economic disparity and Chinese involvement in the islands has become a proxy issue between the East and the West that Sogavare has taken advantage of to save his Prime Ministership and the Chinese have manipulated to expand its influence…and the consequences have been the signing of the China-Solomons security pact.

Unfortunately, all this appears too complex and confusing for the Labor party to wrap its head around. Instead, they’ve blamed the whole thing – as they usually do – on the Morrison government’s refusal to take strong climate action…

We can’t trust this mob with our national security…it’s clear they’re more interested in playing politics than protecting our borders and sphere of influence.