The last time Australia had a carbon tax it increased electricity prices by 12% – now Bill Shorten and Labor plan on bringing back a supercharged carbon tax if elected.

Incredibly, Labor has no idea what it’s 45% emission reduction target and 50% renewable energy target will cost you.

But thanks to independent modelling from BAEconomics we can reveal the true cost of Labor’s new supercharged carbon tax. 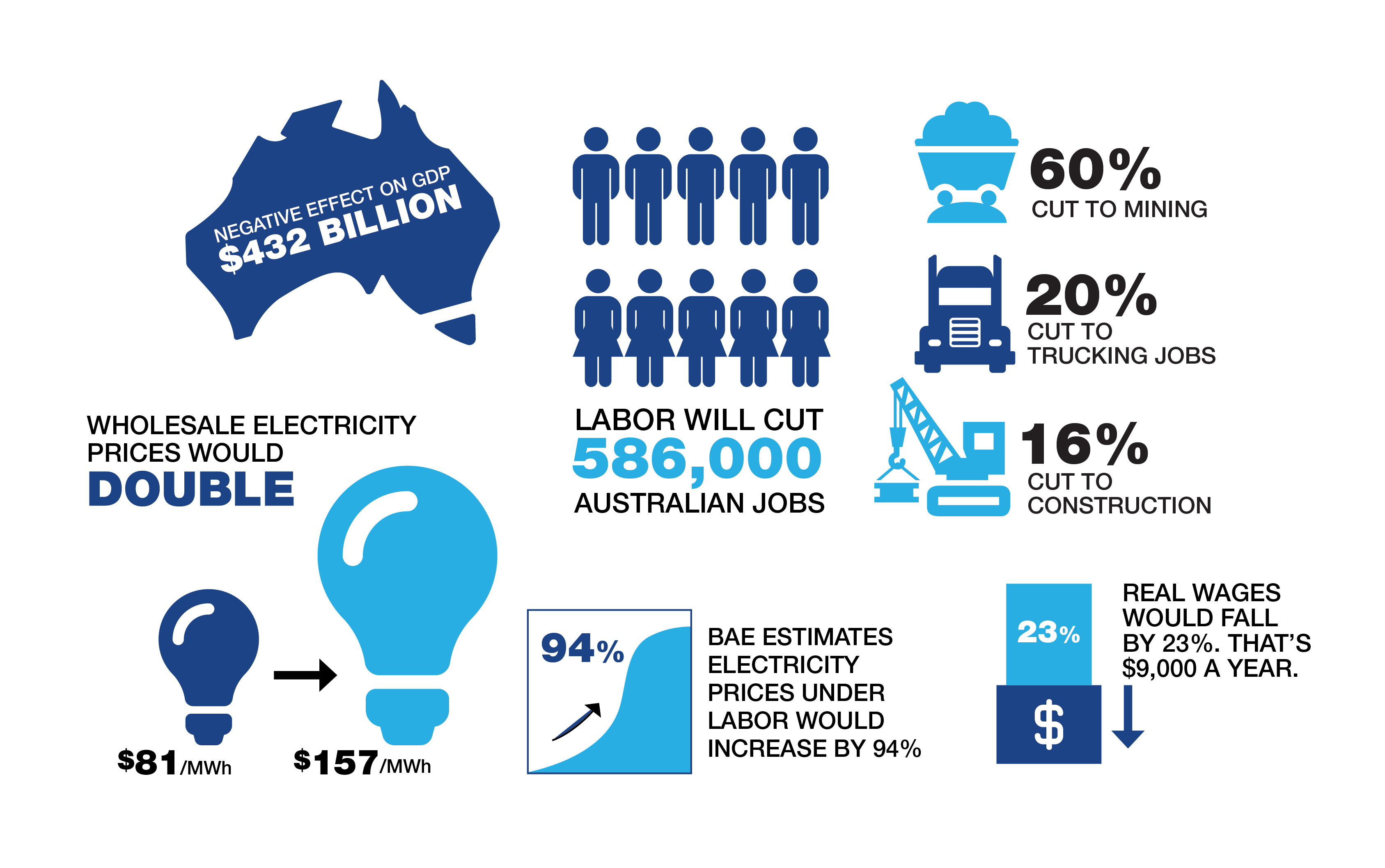 As a nation rich in coal, sunshine, wind and uranium, you’d think we’d have some of the world’s cheapest prices, but in fact, South Australia has the world’s highest electricity prices, with Victoria close behind.

The challenge to manage the environment and produce affordable and reliable energy is not insurmountable, but a Carbon Tax is not a solution.

Energy policy over the last 15 years has been a mess. Politicians backed by radical left-wing activists continue to drive up the cost of energy despite its abundance.

Why is it a mess?  The left are hell-bent on shutting down reliable coal-fired and gas power plants in an ever-increasing ideological push toward unreliable renewables.

We should be investing in clean coal technology and exporting it to the world – this means jobs in Australia – not just overseas.

And Labor wants to make it a whole lot worse.

Australians literally can’t afford the price tag on these policies which would replicate South Australia’s wind-power induced blackout debacle right across the country:

Clearly, Labor cares more about their 45% emissions reduction target and their 50% renewables target than mainstream Australians and their power bills.

Which is why we’re taking a stand.

By signing the below petition, you'll be raising your voice against Labor’s radical green left-wing ideologically-driven energy policies.

Please sign the petition and share it with your friends and family to spread the word about Labor’s plans for their power bill.

Reliable and affordable energy supply is critical to family budgets, job creation, international competitiveness and our way of life.