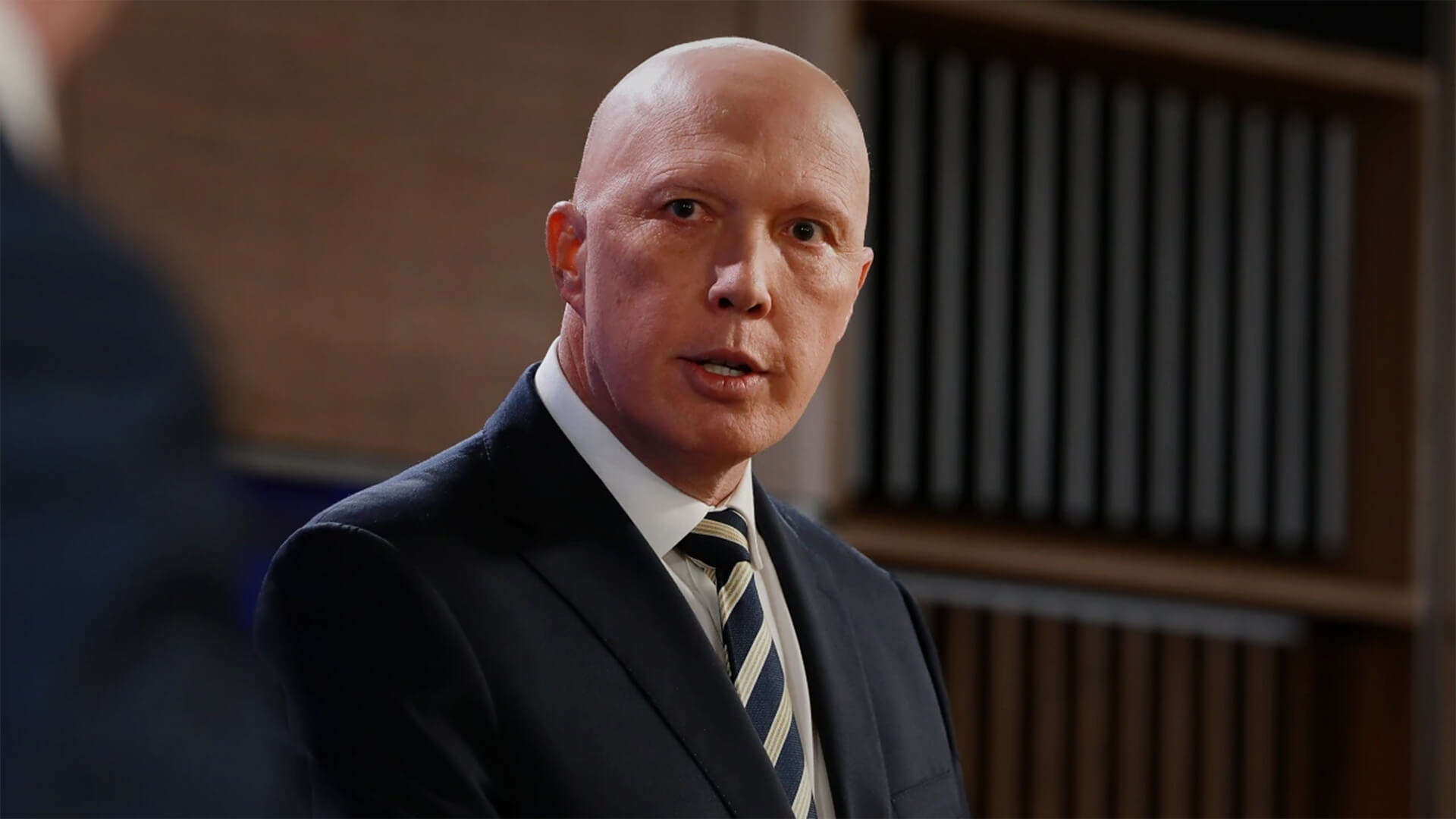 In his first day as opposition leader, Dutton said his policies “will be squarely aimed at the forgotten Australians in the suburbs, across regional Australia, the families and small businesses whose lot the Labor Party would’ve made more difficult”.

He took aim at “traditional big business” which has become “closer to the other parties” after adopting progressive policies on climate change and gender, while refusing to “advocate for changes around industrial relations or wages policy”. Dutton said, “we are a poor country for that” and the “big business” CEOs appear “scared to step up because they are worried of an onslaught by Twitter”.

Next, the former defence minister – who gave us more missiles, nuclear subs, unmanned autonomous underwater vehicles, a new cybersecurity program and a larger defence force – admitted the “issue of China under President Xi is the biggest issue our country will face in our lifetimes … That's the assessment of the American, British, Japanese, Indians, and it's our assessment as well”.

On the issue of climate change, Dutton declared he will “support policies which aren't going to turn lights off in small businesses, aren't going to send families broke in the suburbs because they can't afford Labor's power bill. I want to support domestic manufacturing. I want to make sure that we can provide support to those industries, so we don’t see more jobs go offshore. Anthony Albanese hasn’t properly explained how high power prices will go and how unreliable the energy source will become.”

Finally, he had a crack at Labor’s “apology” to the Stolen Generations, saying he walked out during Kevin Rudd’s infamous 2008 speech because he “believed the apology should be given when the problems were resolved, and the problems are not resolved”.

ADVANCE and our 200,000+ supporters couldn’t agree more…and it’s a relief to see the new Liberal leader REFUSE to grovel to the woke-left in a vain attempt to drum-up favourable media coverage from irrelevant media elites in Ultimo and Toorak.

Afterall, the true base of the Liberal party is NO LONGER found in the ritzy harbourside seats of Wentworth, Warringah and North Sydney.

The true base of the Liberal party is NO LONGER in the beachside seat of Goldstein or the wealthy seats of Kooyong and Higgins.

Whether the “modern Liberals” like it or not, the true base of the Liberal party is NOW in the outer suburbs and the regions, and it’s time the party of Menzies got its head around this basic REALITY.

Like Dutton, the party must understand that reducing energy prices and protecting domestic manufacturing is more important than fulfilling intangible emission reduction targets that are met by importing Chinese-made solar panels and wind turbines which rely on taxpayer subsidies to turn a profit for their billionaire owners.

Like Dutton, the party must understand that buddying up to woke billionaires like Mike Cannon-Brookes and Twiggy Forrest leaves a bad taste in the bases’ mouth. The focus should be on small business, independent contractors and blue-collar workers in mining, farming and manufacturing – the very people who keep our economy afloat without seeking praise from media elites for “saving the planet”.

Like Dutton, the party must understand that woke acts of symbolism like establishing an “Indigenous Voice” to parliament is seen as a complete waste of time to Liberal party voters, especially given the Chinese Communist Party appears to be encircling the east coast of Australia via a string of new military alliances with the Pacific Islands.

Most of all however, the party must – like Dutton – ditch those subversive elements within their ranks who’ve alienated the Liberal’s base by STABBING former PM Tony Abbott in the back, REPLACING him with Malcolm Turnbull, and then FORCING Morrison to go net zero even though he was voted in with a mandate to scrap Shorten’s own net zero target.