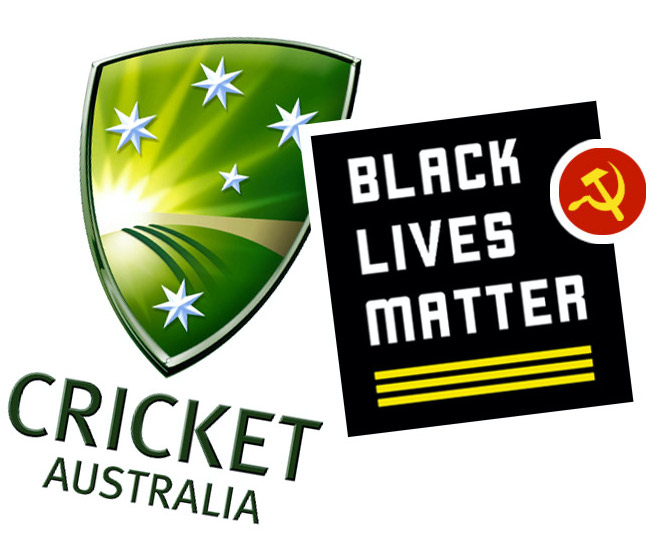 Having previously stated that education was more important than protest, the Australian Cricket team has capitulated to bullying and aggression. Now, they’ll acknowledge the Black Lives Matter movement – fuelled by Marxist activists – by standing barefoot before each game.

Despite never accusing the Australian Cricket team of racism, this is clearly not enough for activists who insist on their way or nothing else.

Australians who care about our time-honoured national institutions like cricket should do everything we can to support an open and fair society that is not racist, but that doesn't bully or coerce people into someone else’s political agenda.

Please sign this letter to Cricket Australia and exercise your right to voice your concern.

Together with many others in the Advance Australia movement who stand for a fair and free Australia, I’m concerned that Cricket Australia is being bullied and coerced into bowing the knee or standing barefoot to appease the Marxist-led Black Lives Matter movement.

This real goal of this US-based political movement is the destruction of western society. It has a hidden agenda of promoting social unrest and anarchy to manipulate others, and it does not belong on our Australian sports fields.

We believe in doing everything we can to support an open and fair society that is not racist, and doesn't bully or coerce people into someone else’s political agenda. We are proud of our multicultural Australia. We believe in equality of opportunity and support for those who need it most. We want cultural reform, respect and support for all the vulnerable - indigenous or not.

And we call on Cricket Australia to say no to these foreign activists who seek to divide our nation, because we believe all lives matter, and everyone deserves a fair go on and off the sports field.

Add you name to the Open Letter to Cricket Australia.