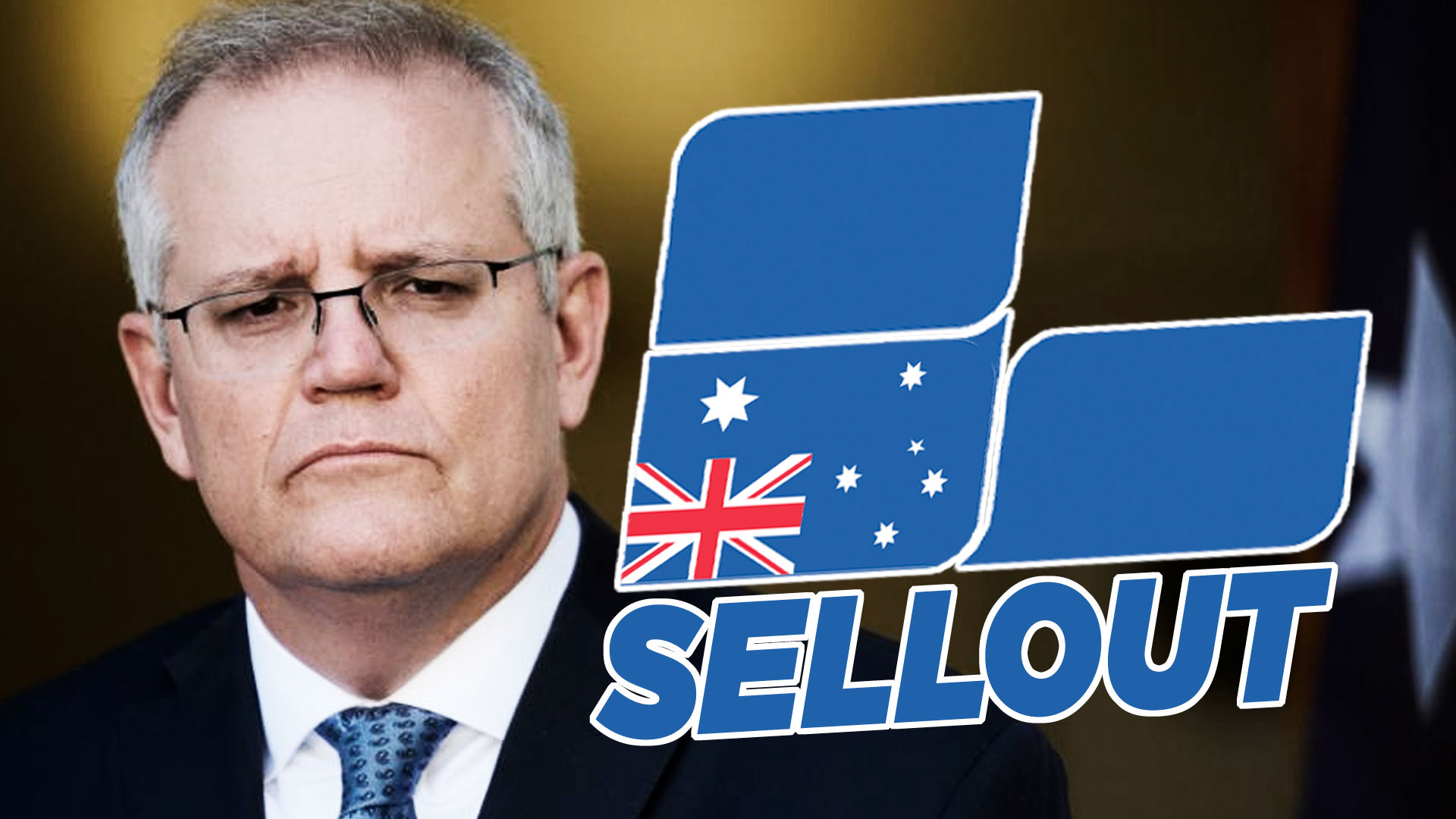 Prime Minister Scott Morrison is taking us for fools, and quite frankly, we’re sick of it.

Below is his opinion piece, titled “We must take action on climate change while keeping jobs” published by the Daily Telegraph this morning. In red are Advance’s responses, on behalf of our 150,000+ supporters.

Australians want action on climate change. And so do I.

Scott, the last federal election was dubbed the “climate election” by the media and your opponents. You won. Most expected you to lose.

We all know some Aussies want action on climate change. But the voters who put you in the Lodge know Australia pursuing net zero won’t do anything to change the climate and will cost Australian industry, businesses and households dearly.

But they also don’t want their electricity bills to skyrocket, the lights to go off, for their jobs to be put at risk or for the way of life in rural and regional communities to be sacrificed.

Australians want a 2050 plan on net zero emissions that does the right thing on climate change and secures their future in a changing world. They also want a plan that is fair and practical.

Only the Liberals and the Nationals working together can be trusted to get this balance right.

We don’t believe you, Scott. The Liberals and Nationals have been in power since 2013. Renewable energy has been around in Australia since around 2007. During this time, power prices have increased by over 91 per cent and more than 200,000 manufacturing jobs have disappeared in the last 30 years. If you couldn’t get the balance right for manufacturers, why should we put trust in you to get the balance right for farmers and miners?

We understand the threats faced but also the opportunities that can be realised.

There have been few issues more challenging for the Liberals and Nationals during the past twenty years than addressing climate change and its impact on rural and regional communities.

Our decision to now agree to a plan to achieve the target of net zero emissions by 2050 has not been taken lightly.

It won’t be taken lightly by the electorate either. Afterall, it’s no coincidence yesterday’s Newspoll showed support for the Coalition is at its lowest level in three years just as you prepare to jet off to the Glasgow climate summit and commit to net zero emissions.

We didn’t just agree to this without carefully thinking through all the consequences and impacts, especially in rural and regional areas.

We have not and would never make a blank cheque commitment or impose new taxes, as Labor has, to achieve net zero. That would leave Australians footing the bill.

Stop trying to fool us, Scott. Your government has already given a blank cheque to the renewables industry and it has cost us more than Labor’s carbon tax.

They also doesn’t include the cost of energy price increases, which will likely add another $10 billion to the bill (renewables can only operate profitably at around $90 per MWh, a $30 per MWh rise on 2020/21 average wholesale prices, up from under $50 per MWh before 2012).

Decisions overseas are bringing about major changes in the global economy that will impact on Australia’s future prospects, both positively and negatively.

Although almost everyone in the media and circles of politics are declaring Australia will be deprived of finance if it continues to back fossil fuels, Whitehaven plans to raise up to one billion dollars in Asian bonds this year and expects Asian lenders will support its coal growth plans for decades.

We will do this the Australian way. Through technology, not taxes. By respecting people’s choices and not enforcing mandates on what people can do and buy. By keeping our industries and regions running and household power bills down by ensuring energy is affordable and reliable. By being transparent about what we are achieving, and expecting the same of other countries.

And we will invest in rural and regional Australia to ensure they succeed and are protected under our plan.

I will remind the world that emissions in Australia have actually fallen by more than 20 per cent on 2005 levels. That is more than New Zealand, Canada, Japan and the United States. We have beaten our 2020 emissions reduction target and are well on our way to meet and beat our 2030 target.

Australia has already cut emissions by a staggering 49 per cent per capita since 1990.

We have added more renewable energy per capita than any other nation.

We are the world’s largest exporter of coking and thermal coal with the highest calorific values, lowest sulphur content and best management of fly ash.

Our CO2 emissions per capita are 17.1 tonnes. There are 30 hectares of forest and 74 hectares of grassland for every Australian, and each hectare annually sequesters about one tonne of CO2 by photosynthesis. Therefore, on the continental Australian landmass, we remove more than three times the amount of CO2 we emit, just by natural sequestration.

50 per cent of our export revenue comes from mining, meaning other countries with less regulation, environmental standards and expertise don’t have to mine.

We are the world’s second largest exporter of uranium – allowing nations like the United States to produce emissions free baseload power in their nuclear reactors.

Our farmers manage 60 per cent of the Australian subcontinent and yet it remains a net-carbon sink, unlike the vast majority of the world.

We won’t be lectured by others who do not understand Australia. The Australian Way is all about how you do it, and not if you do it. It’s about getting it done.

We will also not be breaking the pledge we made at the last election by changing our 2030 emission reductions targets. I said we would meet and beat this target and we will. So at Glasgow I will update what we now believe we will achieve, demonstrating that performance is worth more than empty ambition. That’s the Australian way.

It is unfair on rural communities to have them bear the burden of climate change.

The path to net zero is also not a straight line. In fact, as Bill Gates argues, forcing outcomes by 2030 with unrealistic targets can divert resources from technologies with longer lead times that will be essential to achieving 2050 objectives. So we will keep making sensible commitments and doing our best to exceed them.

Not sure quoting Bill Gates is the smartest thing to do in the current context.

Key to this approach is investment in new energy technologies, like hydrogen and low cost solar, to ensure our manufacturing, resources, agricultural and transport sectors can secure their future, especially in rural and regional areas.

These technologies are set out in our Technology Investment Roadmap.

When it comes to solar, there are two options.

Continue to purchase our panels from China where 45 per cent of the polysilicon used to make them comes from Xinjiang slave labour camps; or make them ourselves (an energy-intensive process Australia could not competitively achieve with our current inflated energy prices).

When it comes to hydrogen, there are far too many issues that need to be addressed before the government should commit any more taxpayer dollars to it.

Below are just a few:

We want our heavy industries, like mining, to stay open, remain competitive and adapt, so they remain viable for as long as global demand allows.

We will not support any mandate – domestic or international – to force closure of our resources or agricultural industries.

We have taken the time to deal with the hard issues that need to be confronted to get it right. We have listened carefully and understand both the concerns and the strong aspirations that Australians have when it comes to dealing with climate change.

At the end of the day it all comes down to whether you have a credible plan to get the job done. It’s no longer about the ‘if’, but the ‘how’, and Australians can always trust the Coalition to have the right economic plan to enable Australia to deal with the challenge of climate change.”

It comes down to fulfilling the promises you made at the last election and that was to not commit to net zero emissions – a ridiculous idea millions of Australians believe is a plot run out of the United Nations, Biden’s America and the Chinese Communist Party, to deindustrialise the West and take away our sovereignty by making us dependent upon increasingly fragile global supply chains.

Prepare to lose the next election. What a waste of three years...