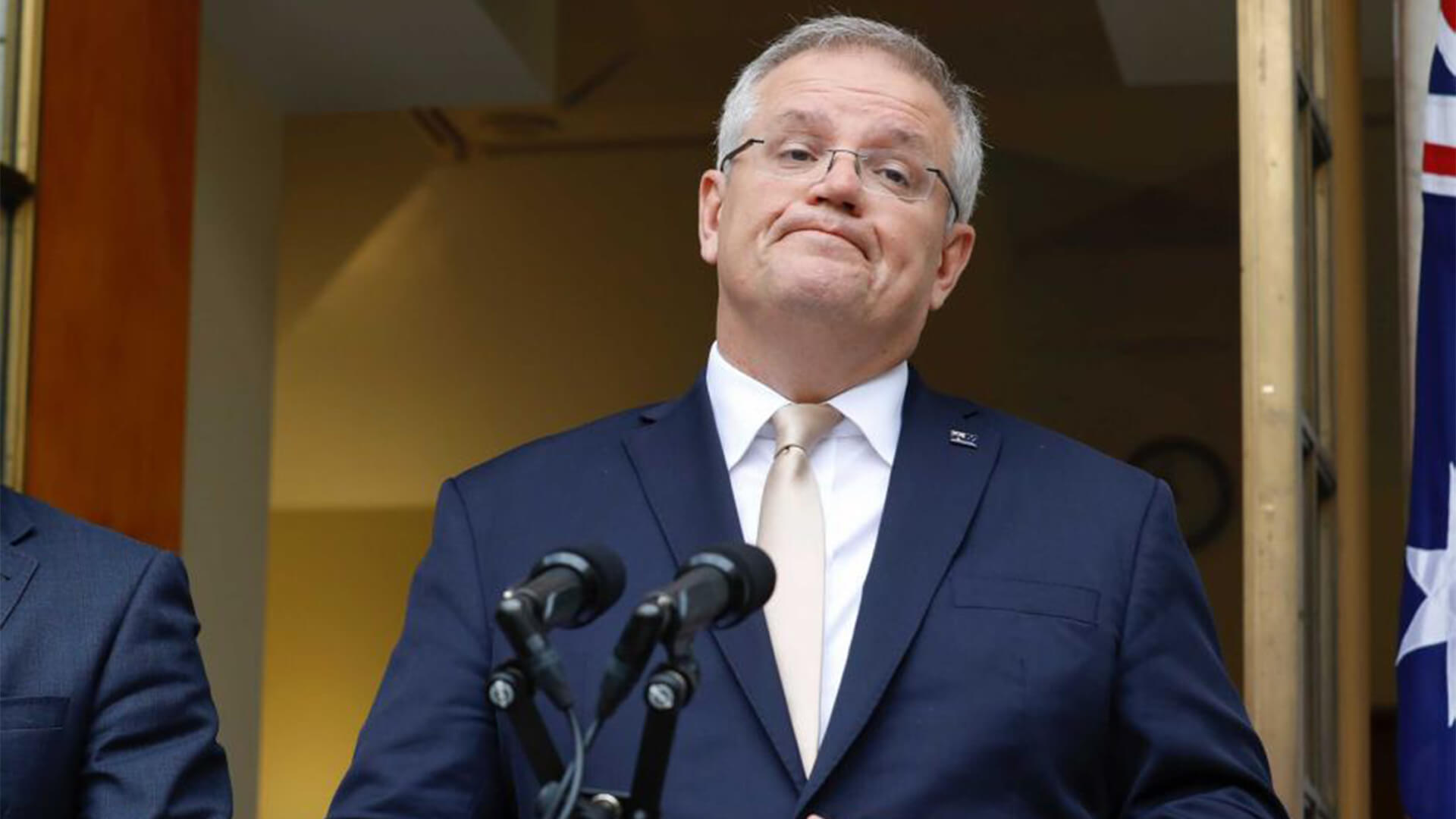 Under pressure from the world’s banking elites, the Morrison government is giving in on net-zero emissions.

In a speech delivered to Australian Industry Group today, Treasurer Josh Frydenberg revealed his concern that Australia may be sanctioned by financial markets, investors and lenders for not committing to a specific net zero emissions target.

“Markets are moving as governments, regulators, central banks and investors are preparing for a lower emissions future.

“It’s a long-term shift, not a short-term shock.”

With 129 nations now committed to net zero, “markets are responding as participants make their own judgments as to what this new dynamic means for their existing portfolios and their future investment decisions.

“Australia has a lot at stake. Reduced access to these capital markets would increase borrowing costs, impacting everything from interest rates on home loans and small business loans, to the financial viability of large-scale infrastructure projects,” he argued.

Nationals leader Barnaby Joyce agreed, telling the ABC this morning that he has “no problems with any plan that does not leave regional areas hurt”.

“We have to make sure we make people very aware of the consequences of getting it wrong.”

Both announcements from Frydenberg and Joyce came while the Prime Minister was meeting the heads of the US Federal Reserve, World Bank and International Monetary Fund in New York “for talks on Australia’s role in the global economic recovery”.

This is after ScoMo was lauded by arch-elitist Nancy Pelosi for “leading the way on climate” for telling her that Australia would “not only [be] addressing the Paris Accords – our slogan is we meet it and we beat it”.

Welcome to the new age of globalist technocracy, Australia!

Does it matter to them that Australians voted down net zero emissions targets and carbon taxes at every election since 2007.

Who cares that ScoMo, Barnaby Joyce and Josh Frydenberg promised Australians they’ll refuse to impose any form of target or tax on the economy to “tackle the climate crisis”?

Now international banksters have the power to threaten Australias with high interest rates and capital flight so our politicians have no choice but to betray the voters who pay their wages.

This is extortion and a gross affront to democracy, and we can’t just roll over and cop it – especially while the Chinese Communist Party emits Australia’s entire annual emissions in less than three weeks.

Our only choice is to take advantage of our geographical realities and unparalleled endowments of natural resources, so we can play their net zero game without destroying our industries, sovereignty and capacity to defend ourselves.

Let’s see if the Coalition has what it takes.