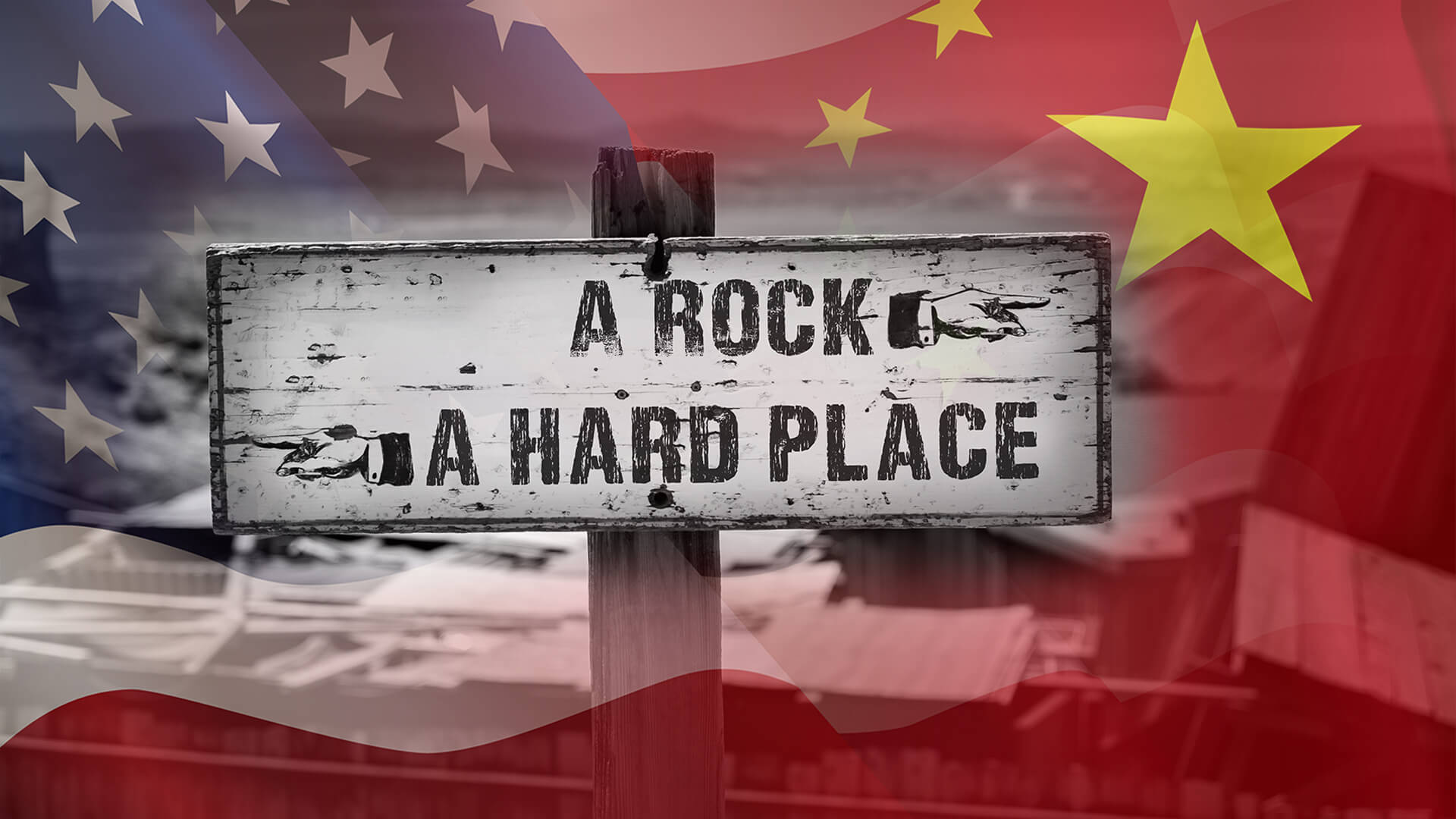 After years of complacency, unfettered trade and open borders with China, Australia has found itself stuck between a rock and a hard place.

This week the Chinese Communist Party chucked the mother of all tanties.

It made it patently clear that if our relationship is to continue, we must do whatever they demand and promise never to criticise them again.

Sound fair? Well no, we beg to differ. That’s what free people do.

A deliberately leaked dossier from the Chinese embassy outlines the CCP’s grievances.

It says Australia is ‘poisoning bilateral relations’ with China by:

The Embassy even asserted that ‘China is angry. If you make China the enemy, China will be the enemy.’

Who does the Chinese Communist Party think they are? Communists, we suppose.

And the Chinese Foreign Ministry spokesman Zhao Lijian threatened those with the moral fortitude to call out China’s belligerent behaviour, declaring ‘those who created the problems shall be the one responsible to solve the problems.’

‘Australia is a sovereign country, we make our own decisions according to the nation’s interest.

‘If there are concerns indicated by that unofficial document that came out of the Chinese Embassy (it is) that Australia acting in our interests — having free media, having parliamentarians elected and being able to speak their minds — is cause for concern.

‘If this is the course of tension in that relationship, it would seem the tension is that Australia is being Australia.’

Australia is being Australia, and we will continue to do so with pride.

Just because Australia has enjoyed a fruitful trade relationship with China for two decades does not mean we’ll sell our souls and grovel to a country run by an authoritarian regime responsible for egregious human rights abuses and the militarisation of the South China Sea.

China is right. Australians are nervous about the Chinese trade strike on our wine, beef, barley, timber, lobster and coal exports worth around $20b.

But there are many other Asian countries who’d be more than happy to fill the Chinese void.

While there might be some pain in the short term, we have options.

Just a few weeks ago a report by the Minerals Council of Australia found over the next decade, coal imports to Vietnam will increase by 220 per cent and India will import 45 per cent more over the same period.

And head of agribusiness at ANZ Mark Bennett said, ‘there’s more to Asia than China when considering ASEAN (comprised of Brunei, Cambodia, Indonesia, Laos, Malaysia, Myanmar, Philippines, Singapore, Thailand and Vietnam) is home to around 9 per cent of the world’s population and emerging economic powerhouses Indonesia and Vietnam.’

Australia has centuries of mineral resources in our virgin interior.

Instead, the Chinese have an ageing population, they are rapidly running out of ores, their coal is inefficient and dirty, their banks are weak, their dams are ageing, and their groundwater reserves are dangerously depleted (subverting crop yields in its agricultural regions).

We do not need to rely on China to the point whereby we abandon our sovereignty and desert our values.

We are more than happy to work with China if they are prepared to treat us and their own people with dignity and respect.

But if China really wants to go down this path of threats and ultimatums, who is to say we can’t bite back?

Who's to say Australia cannot bring on a class action against China for their incompetence in containing COVID-19?

Who's to say Australia can’t take back the many assets held by Chinese state-owned and state-aligned businesses such as the Port of Darwin, the 1.5 Sydney Harbors worth of water they own and the 90,000km2 of land they control.

It is time China backed off.

How dare they call Japan and Australia ‘US tools’ after the two countries made a defence pact.

How dare they suggest we are ‘becoming the poor white trash of Asia’.

How dare they say Australia ‘is a bit like chewing gum stuck of the sole of China’s shoes.’

Australians have had enough.

And they expect our politicians, journalists and CEOs to stand up to this rubbish.

For if they don’t, China will continue to believe that they can berate and bully us into submitting to their dream for a new world order run by Xi Jinping and his mates over at the United Nations (who gave China a seat at the World Trade Organisation, the United Nations Human Rights Council, the Security Council and special treatment in the Paris Climate Accord).

Over our dead body.