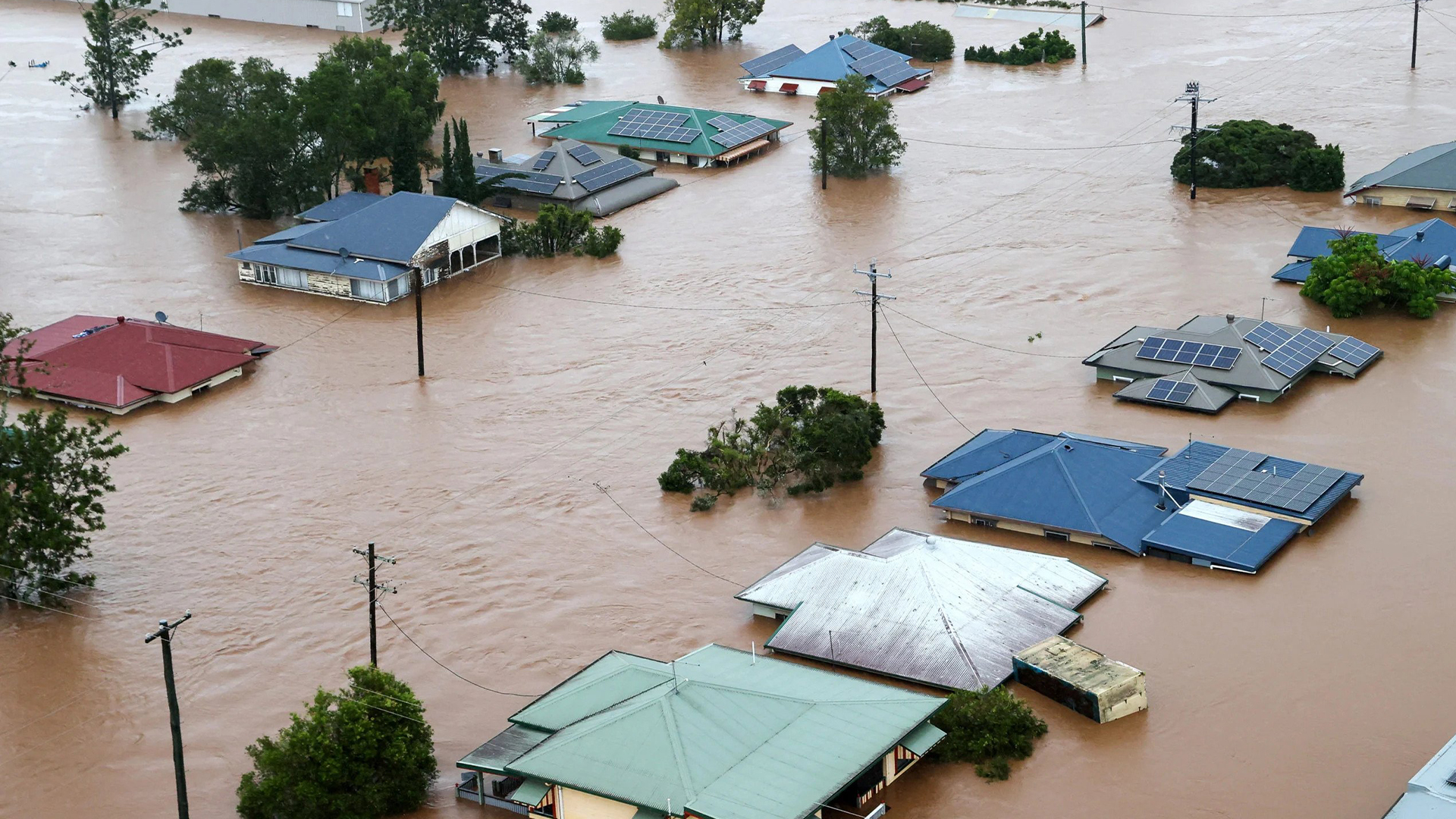 Green activists are some of the most small-minded and narcissistic people ever to inhabit planet Earth.

The Greens and their buddies over at the ABC have blamed the whole thing on climate change.

They’ve claimed the rainfall is unprecedented – even though there was far more rainfall in 1893.

They assert the floods are unprecedented – even though there was far more major flooding in the 1800s and early 1900s. Going back even further, Lake Mega-Frome in central Australia (now a barren desert) was flooded during a period of warming between 950-1200AD before the white man ever set foot on Aussie soil… now that’s a true once in a thousand year flood!

Even worse, they haven’t accounted for two significant climate drivers that human beings have absolutely ZERO control over.

Firstly, there’s the Southern Ocean Oscillation Index which is in La Nina territory in our corner of the Pacific. This usually means above average rainfall for Australia particularly across the east and the north.

Please note that when the western Pacific is in La Nina, the eastern Pacific is in El Nino, meaning less rainfall on the west coast of the Americas – a phenomenon that’s currently playing out in California given the state has recorded one of its driest January-February periods ever.

Then there was the huge eruption of the Hunga Tonga-Hunga-Ha'apai volcano on January the 15th, and although it may seem like a stretch, it’s highly likely the eruption caused an increase in rainfall on the east coast of Australia in early 2022.

Just ask NASA’s Goddard Institute for Space Studies and Centre for Climate Systems Research, the Climate Change Research Centre of the University of New South Wales, and the Fenner School of Environment and Society at Australian National University.

In a paper co-written by scientists from all three institutions titled “Assessing the Impact of Large Volcanic Eruptions of the Last Millennium on Australian Rainfall Regimes”, they conclude “volcanic aerosol…results in positive precipitation anomalies over southeast Australia”.

These scientists found that increased volcanic aerosol “showed an increase in precipitation over southeast”.

All in all, the scientists were encouraged by the fact that “several papers also identified positive precipitation responses over Australia to large volcanic eruptions”.

For instance, just this week renowned Australian scientist Dr Jennifer Marohasy wrote that “it was not as obvious [as in late 2010] that we were going to experience torrential flooding rains [this summer/early autumn]”.

“It could be that the relatively mild La Nina conditions this year across the South Pacific were made worse by an atmosphere exceptionally high in volcanic aerosols from the explosion of Hunga Tonga-Hunga Ha’apai a month earlier,” she said.

“Very high rainfall totals in Hong Kong in 1982 correlate with the arrival of stratospheric aerosol plumes from the eruption of El Chichon, Mexico which spewed 20 million tonnes of aerosol.

“There are technical papers that explains how atmospheres high in aerosols can contribute to exceptionally high rainfall, but this literature is ignored by mainstream climate scientists who continue to run simulation models mistakenly emphasising the role of carbon dioxide in climate change.”

So, to conclude, there’s NO DOUBT the climate changes.

And there’s NO DOUBT that going net zero emissions is a COMPLETE waste of time, money and energy that has NOTHING to do with improving the environment…