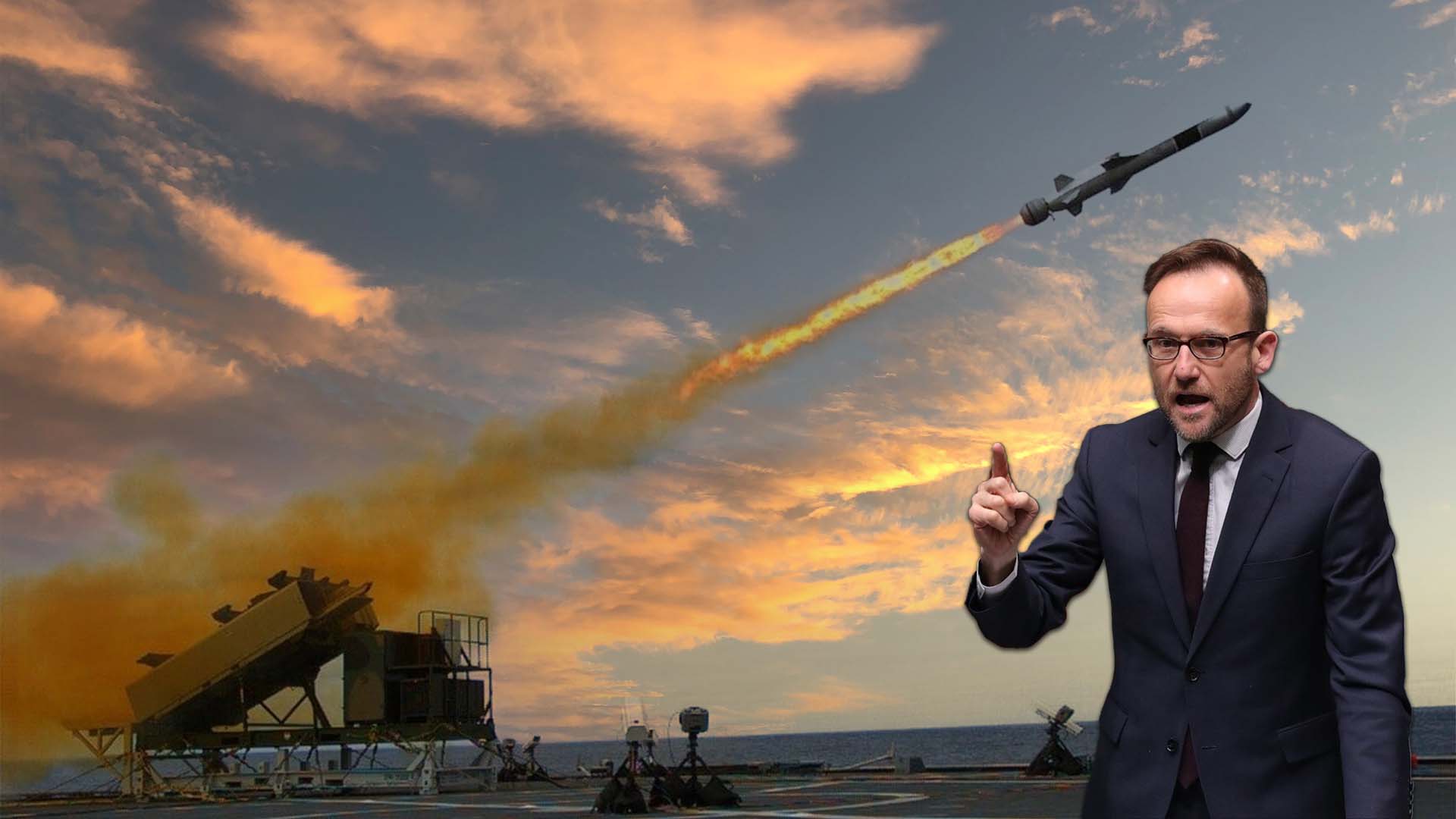 Although Mr Bandt has a humble following of climate hysterics, teacup socialists and misguided “legalise it” millennials, there are millions of normal Australians who reckon people like him are far more threatening to Australian security than the so-called climate crisis.

Just look at the US Navy.

According to a new strictly non-partisan report on the fighting culture of the Navy’s surface fleet, career activists like Adam Bandt have turned what was the most powerful military force on the seven seas into an institution overrun by identity politics, virtue-signalling and self-serving complacency.

The report found a staggering 94 per cent of sailors interviewed believe the surface Navy suffers from a crisis of leadership and culture, with a recent destroyer captain lamenting, “we’ve got so many messages about X, Y, Z appreciation month, or sexual assault prevention, or you name it. We don't even have close to that same level of emphasis on actual warfighting”.

An on-duty lieutenant said, “sometimes I think we care more about whether we have enough diversity officers than if we’ll survive a fight with the Chinese navy. It’s criminal. They think my only value is as a black woman. But you cut our ship open with a missile and we’ll all bleed the same colour”.

And a recently retired senior enlisted leader declared he can “guarantee every unit in the Navy is up to speed on their diversity training. I’m sorry that I can’t say the same of their ship handling training”.

Bandt would be celebrating no doubt.

Not only does the Greens leader want Australia to spend less on its own independent defence capabilities so we’re forced to rely on the Biden-run United States forever; but he openly asserts “our security lies in strengthening multilateral institutions and ensuring a rules-based international order”.

Or in other words, more money to the United Nations which just appointed China to its Human Rights Council even though the CCP operates concentration camps, pursues illegal territorial gains in the South China Sea and violates most of the trade agreements it signs.

How very progressive from the Greens.

As Advance has said for so long, the Greens aren’t just friendly hippies who congregate to smoke pot and sing kumbaya.

These people are extremists who believe Australia should sacrifice our defence spending, energy security and industrial competitiveness to fight the “climate crisis” – all while the UN lets China increase its emissions to 2060 while producing more CO2 than the entire developed world combined.

With an election on the horizon, ScoMo needs to differentiate his government from the Greens and ensure he continues funding Australia’s defence and our domestic manufacturing capabilities.

Although he’s certainly on the right track by accelerating the creation of a $1 billion domestic missile production enterprise so we can produce complex guided weapons for the ADF and our regional partners. (Don’t forget the Greens have promised “no Australian participation in United States missile defence programs”.)

Perhaps only then will this country be able to defend itself as a sovereign nation for the first time in decades.

Talk about an election winner...!