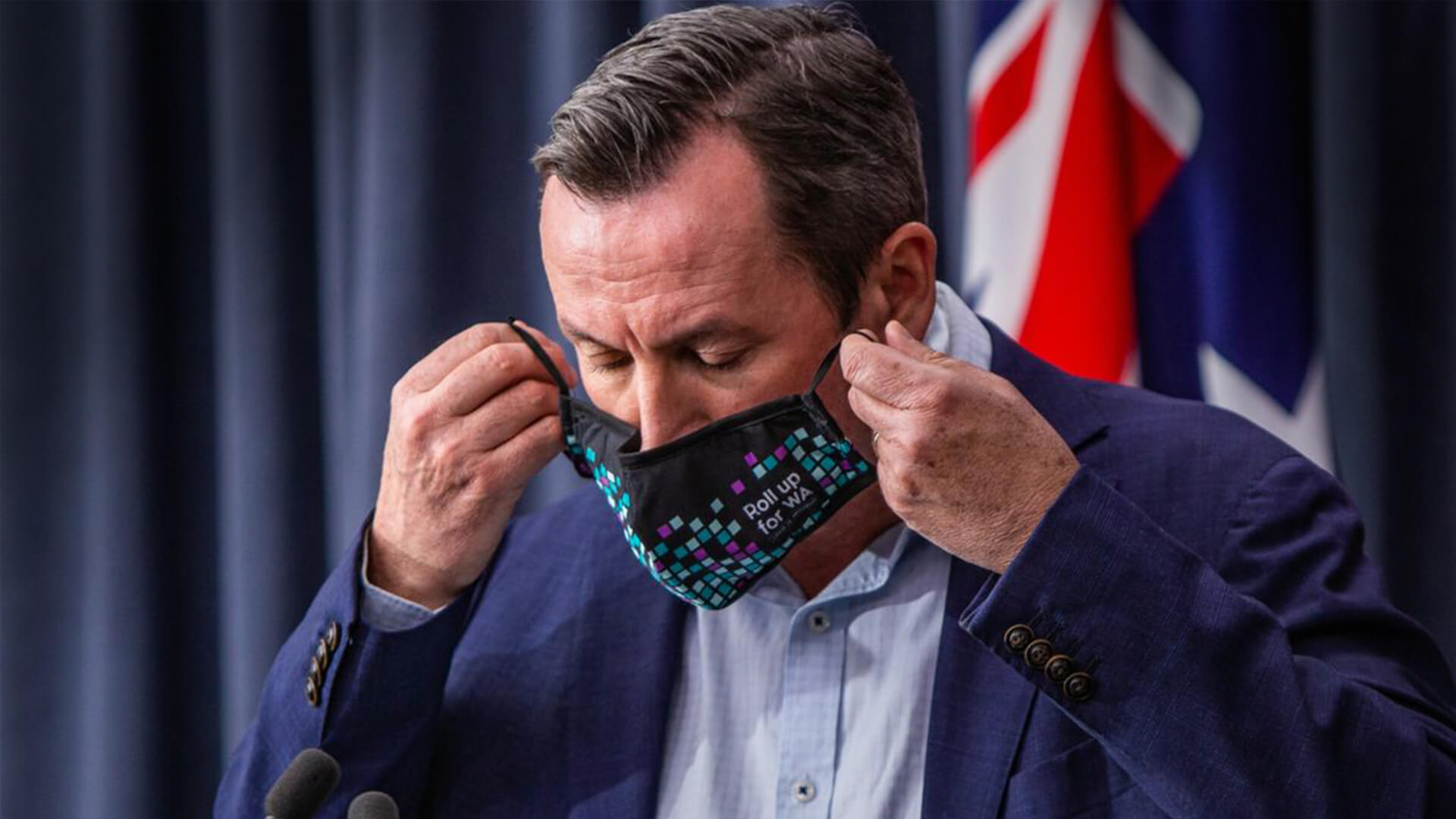 New South Welshman turned Premier of Western Australian Mark MaoGowan could be the most detestable politician in Australian history.

In a press conference yesterday, Premier McGowan announced the unvaccinated would be banned from hospitals, bottle shops, pubs, restaurants, cafes, museums, aged-care facilities and even play centres “for years to come”.

In Western Australia, 95 per cent of people will be vaccinated in a matter of weeks, and yet the federal government and state chief health officers said the ultimate vaccination target was 80 per cent last year.

Once the target was reached, we were promised life would return to normal for everyone.

So, why have you changed your mind and ignored the experts in other states, Mark?

It just looks vindictive to us.

This week the boss of Pfizer said two doses provide “limited protection, if any, against Omicron,” meaning vaccinated Western Australians without a booster have as much protection against the virus as the unvaccinated he is discriminating against.

So why shouldn’t an unvaccinated person and a vaccinated person who had their second jab more than three months ago be treated the same? This flies in the face of common-sense and the advice from the very people who made the vaccines you love so much.

Then there’s the question about boosters.

Given the Pfizer CEO’s findings about waning immunity three months after being vaccinated, will Western Australians be forced to get a vaccine every three months for the simple right to take your child to a play centre?

Where does this end, Mark? You’re now saying this will “last years to come”!

Next comes the impact on mental health and the economy.

MaoGowan is splitting up families, he is turning co-worker against co-worker, and he is alienating those who have decided for whatever reason not to get the jab. He is not letting people into the state to see their loved ones or do business. And he is turning people away from moving to the state and contributing to its prosperity.

Maybe it’s just so you and your government can continue controlling people’s lives in a way Australians have never seen before?

Although ADVANCE is by no means against vaccines or being risk-averse when it comes to decisions regarding public health, the situation in Western Australia has gone way too far.

This all began with flattening the curve for two weeks and now two years later we’re being told a tiny minority of unvaccinated can’t pick up a slab of beer at the local bottle-o without being arrested and fined.

It’s time we learnt to live with the virus and the unvaccinated before it tears the very fabric of this nation apart.

Our founding fathers who drafted our constitution would be rolling in their graves.