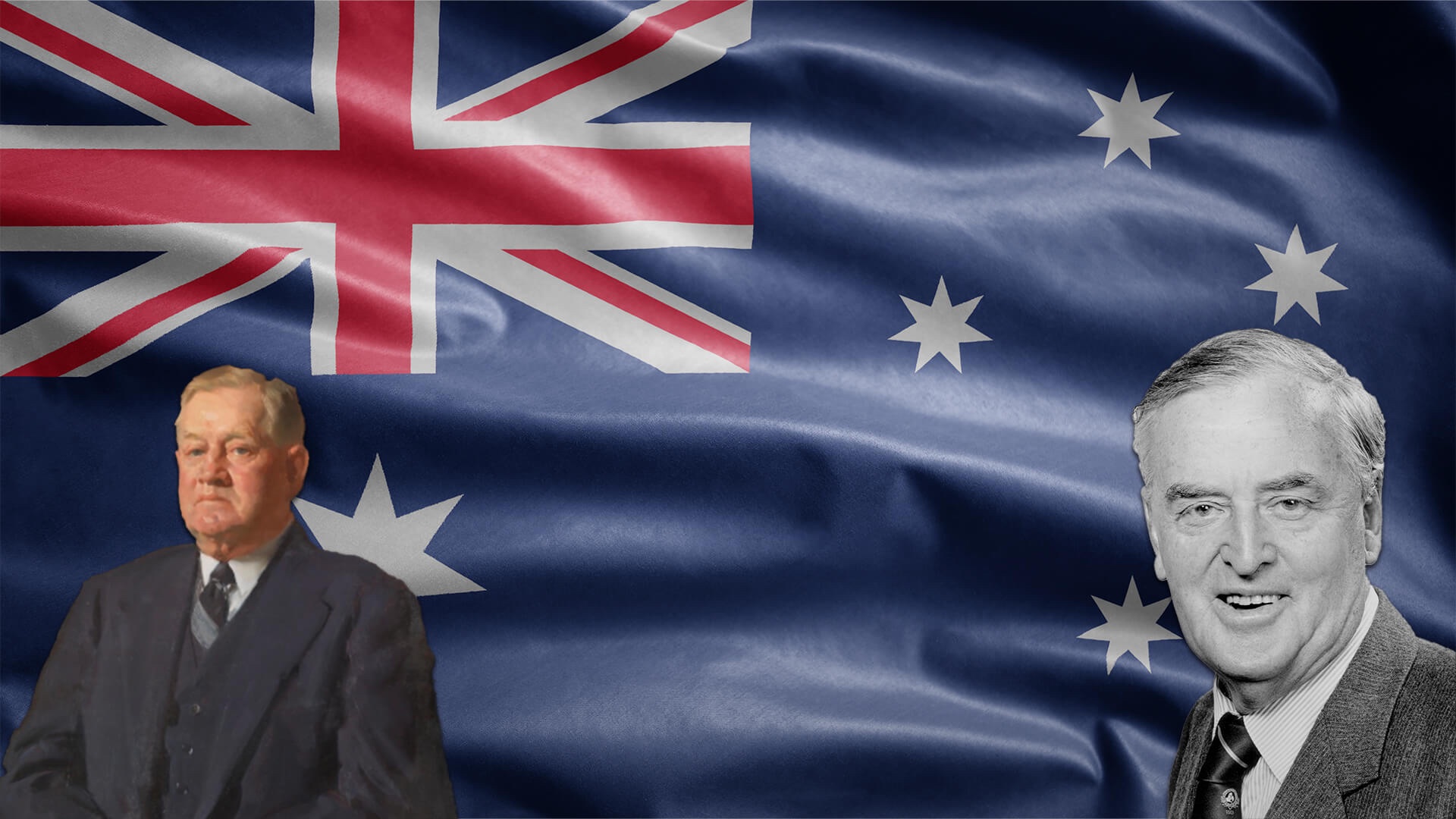 Given the pathetic state of our current politicians, Advance thought it would be worth reflecting on the legacies of two outstanding Australian leaders: Sir Joh Bjelke Petersen and Sir Essington Lewis.

Although Bjelke Petersen is often patronised as a man known for nothing more than gerrymandering, he was single handedly responsible for bringing Queensland out of irrelevance as a frontier backwater to the manufacturing and mining powerhouse it became in the 1980s.

Queensland’s population increased dramatically, doubling in about 20 years. Bjelke Petersen built railway lines into the coalfields. He constructed the port at Gladstone (the biggest coal terminal in the world at the time).

He built the biggest and most advanced coal-fired power station in the world that was fuelled by free coal, under his Reverse Resource Policy, which took one per cent of all coal mined from Queensland’s mines for the people.

As a result of his vision, the production of aluminium in Queensland doubled.

Australia went from a coal-importing nation in 1958 to a major coal-exporting country in the 1960s to the largest coal-exporting nation on Earth by the mid-1980s. Thankfully Bjelke Petersen ignored advice from the CSIRO that said there wasn’t going to be enough coal in Australia to export to Japan.

Queensland had the cheapest energy prices in the world.

The price of land – especially in the regions – was dirt cheap because the Lands Act was administered by the Mines Department, which did not hold back development with petty restrictions.

Thanks to Sir Joh, Queensland was known as one of the best places to live in the world given the low cost of living, vast employment opportunities and its incredible natural beauty and people.

Fast forward a few decades later and water storage per capita in Queensland is set to decline by 30 per cent by 2030. Energy prices for manufactures have increased by 91 per cent over the last decade. Premier Palaszczuk is keen on blocking a new coal-fired power plant for Collinsville, only to back mining billionaire Twiggy Forrest’s “green hydrogen” pipe dream.

Land prices have skyrocketed to the point where most young Australians aren’t able to even consider home ownership. The only reason people are moving to Queensland is because their state government locks them down slightly less than Dictator Dan. And the only thing the Premier seems to care about is reaching zero cases of COVID-19 and preparing for the 2032 Olympic Games.

Back when Australian policymakers integrated their adherence to economic rationalism with wider concerns regarding defence and supply chain stability, Australia’s steel industry played a crucial role in safeguarding our borders and productive capabilities.

Following the opening of BHP’s first steelworks in Newcastle in 1915 and its subsequent expansion into Wollongong during the 1920s, BHP Chairman, Essington Lewis, travelled to Germany and Japan and realised the threat they posed to Australia.

Returning to Australia before the outbreak of World War II, Lewis was appointed to the Director General of the Department of Munitions and helped establish the Commonwealth Aircraft Corporation and numerous munitions facilities – which used BHP’s steel as one of the main inputs for the production of a range of Australian-made weapons including the Australian Cruiser Tank, the CAC Boomerang fighter aircraft and the Owen submachine gun.

However, if war broke out today in the South China Sea, Australia would be extremely vulnerable as the majority of our munitions and weapons would need to be imported by foreign owned and built ships.