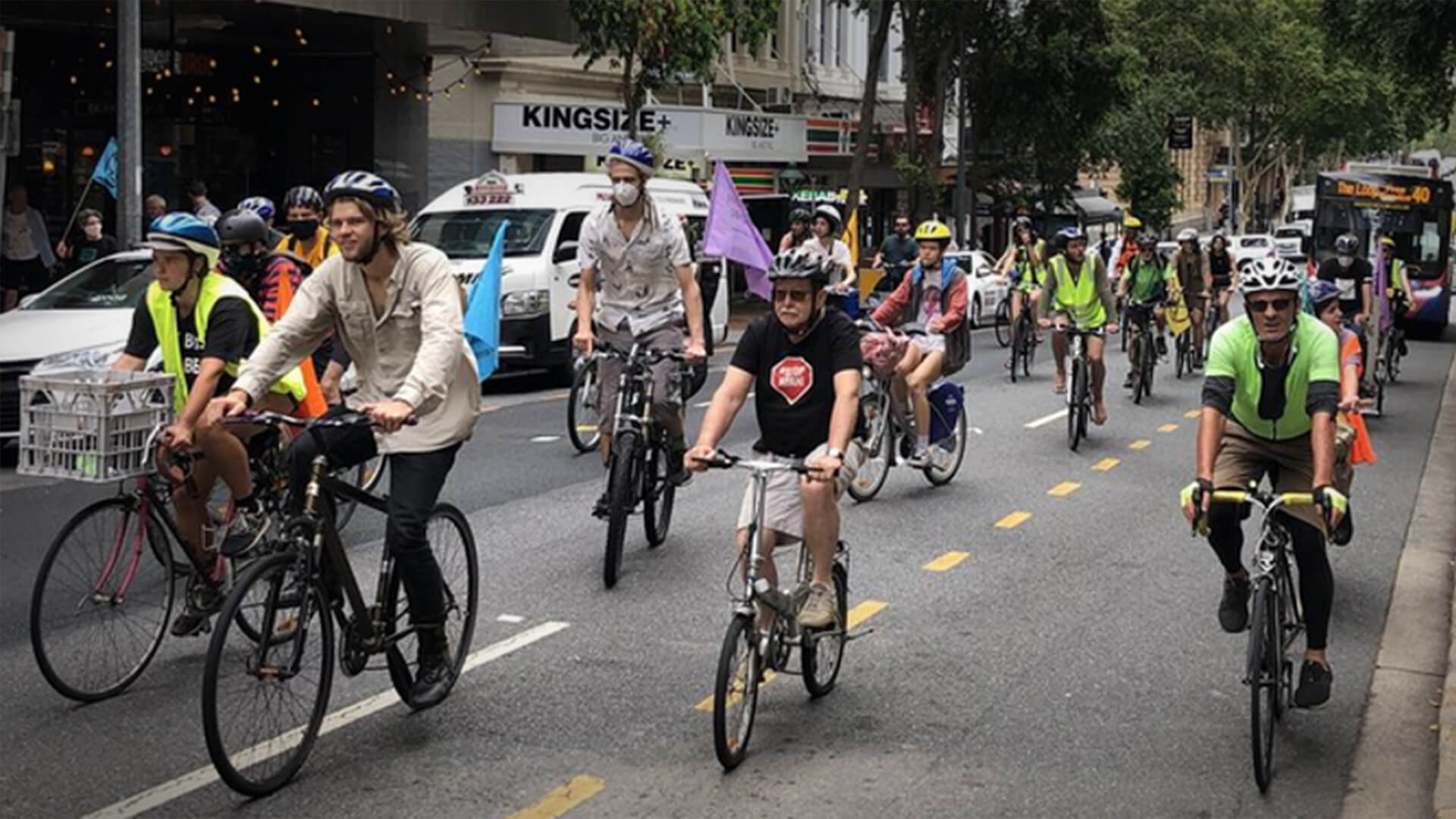 ‘We aren’t here to ruin your day; we are here to remind you we are in a climate emergency,’ were the words howled by Extinction Rebellion as they held up peak hour Brisbane traffic yesterday.

Beginning at 7:30am on Monday, twenty of these dropkicks cycled through Brisbane CBD at walking pace, causing major delays, and wasting the precious time of those who have what is a foreign concept to most of the protestors:

As they slowly rode down George Street, they played hip music through their speakers, and shrieked their usual shallow catchphrases including:

One of the organisers of the protest, ‘Rilka’ who donned the half-shaven hairdo popular amongst vegans and greens voters, attempted to justify the widespread disruption caused by the protest, arguing that:

What do these people think it will take for the population to be alerted?

Climate change zealotry is embedded within almost all aspects of Australia’s civil institutions.

The scientific community has an apparent consensus on the issue – a notion fundamentally antithetical to the sceptical nature of the discipline.

The universities agree that it is the biggest issue of our time.

Our schools scare young children into believing that the end is nigh.

And the media laps up any politician or celebrity who speaks of their professed love of Mother Earth and hatred of the fossil fuel industry. 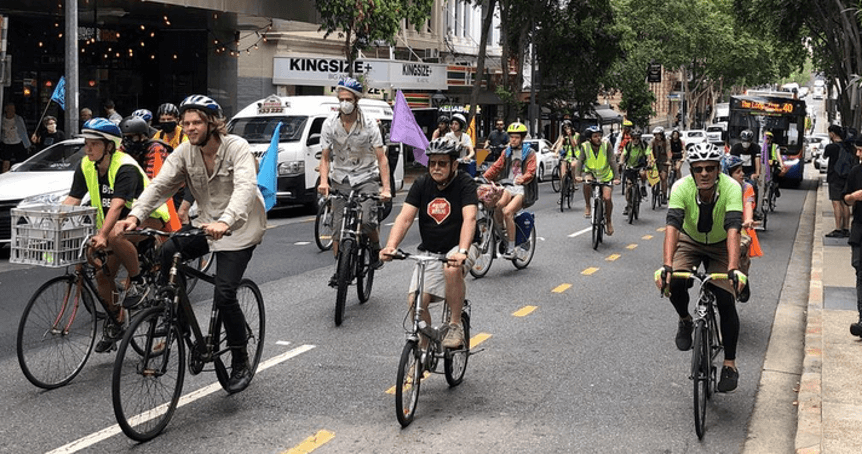 Does the average Australian really need Rilka and her buddies to remind them of the coming climate catastrophe when it is incessantly shoved down our throat on an almost daily basis?

We think not. We’re pretty smart. And anyway, most Australians are far more concerned about energy affordability and security than the need to reduce emissions.

What was most concerning however, was the Herald Sun’s observation that there was ‘very little police presence.’

Not only is it a Queensland government rule that ‘you must avoid being a traffic hazard’ but it is only legal for ‘2 bicycle riders to ride side-by-side on a road.’

Why haven’t tickets been issued to all involved?

Fines would have been issued and people detained if it was an anti-lockdown or anti-border-closure rally.

So why the special treatment?

Perhaps it is because the Palaszczuk government is unwilling to risk offending the radical environmentalists who they try to appease with trendy policies of ‘carbon neutrality’ by 2050.

Or maybe it is just a blatant attempt to protect the ALP’s beloved Jackie Trad.

With former ‘climate change researcher’ and Greens candidate Amy MacMahon threatening to unseat Trad in her inner-city seat of South Brisbane at the upcoming state election, it is hardly surprising to see the Palaszczuk government avoid cracking down too heavily on Extinction Rebellion’s mass disruptions.

With the group saying that there will be another protest one day after the election, it will be interesting to see how a possible change of government may affect the police’s approach to such protests.

Considering LNP leader Deb Frecklington has vowed to crack down on crime while Palaszczuk let robberies in Mackay soar by 132%, we would not be surprised to see a Frecklington government crackdown on Extinction Rebellion once and for all.

It is time Queenslanders made that happen.