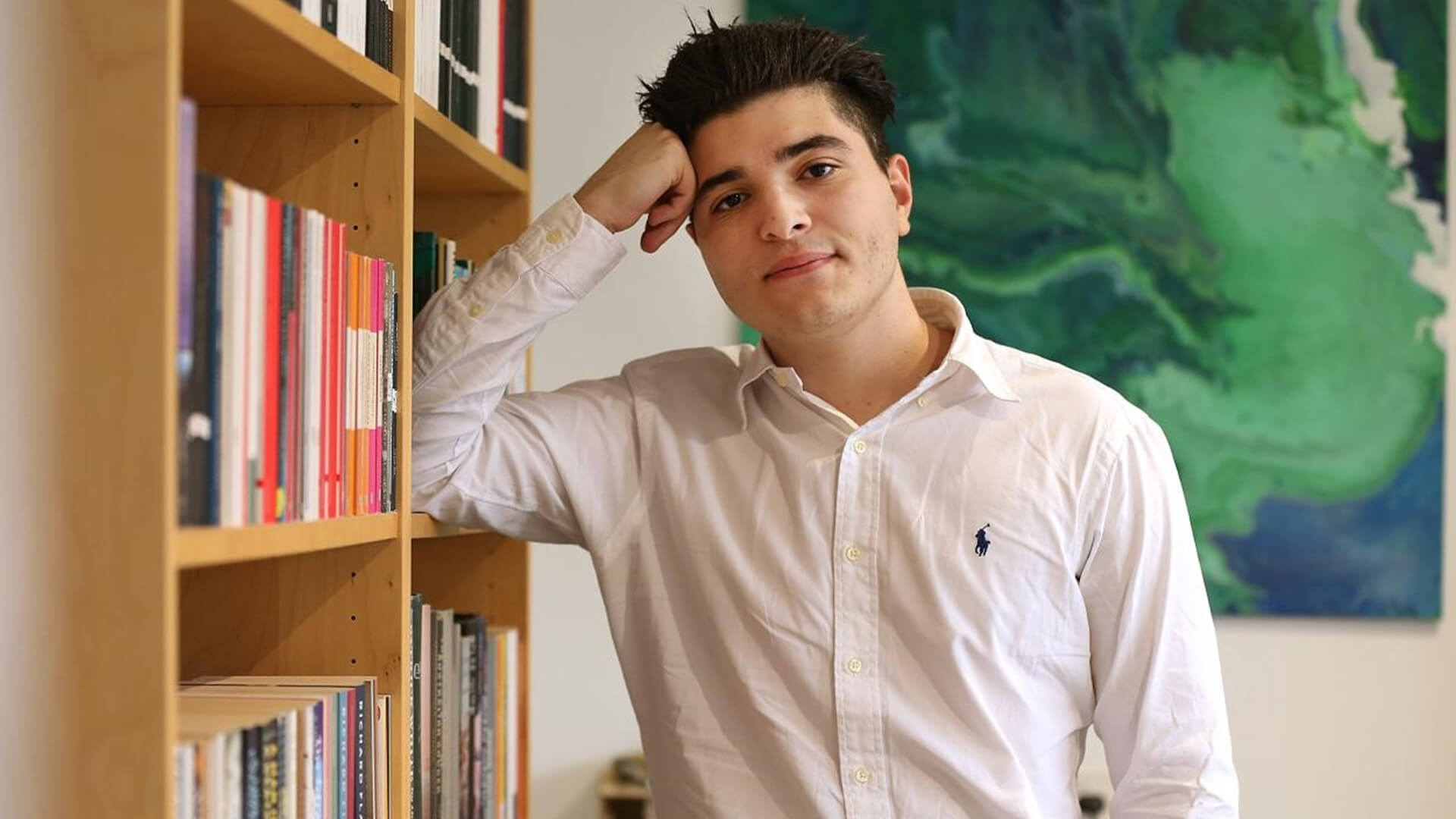 Young Drew Pavlou is an incredible young Australian who has done everything in his power to stand up against the Chinese Communist Party’s egregious human rights abuses. However, now his activism has been taken to a whole new level.

In this exclusive account given to Advance, Drew explains how the CCP took an innocent woman to a concentration camp to punish two Australian citizens for speaking to each other in Australia.

“We first became aware that my emails had been tampered with back in January. Pro-CCP accounts on Twitter began sharing emails they claimed I‘d sent them; abusive emails written in broken English, as though they had been put through Google Translate.

I knew something was wrong, so I reached out to my mate Rob Potter, a cyber security expert who runs Internet 2.0. He ran extensive tests on my computer looking for malware and eventually we discovered that my email had been breached and these people were in my account. Rob tracked down their IP address to China, which is when we knew I was in trouble. It was a sophisticated attack, bypassing my two-factor authentication. We knew at that point I’d been individually targeted by a state actor.

Immediately, I changed all my passwords, did a deep clean of my laptop. Rob initiated a sophisticated sting operation. He knew there had been a major, extensive Chinese state-backed campaign against Australian Chinese researcher Vicky Xu. Thousands of bot accounts had targeted her and smeared her relentlessly. Many sought to insinuate she had been paid off by US authorities by referencing a recent book deal she had signed.

Rob realized information about the book deal would therefore be highly prized by Chinese authorities. He created a burner email account and sent out emails to anti-CCP activists across Australia, each email citing a different made-up figure regarding the size of Vicky’s book deal. The email sent to my account said Vicky had been paid $350,000. Within 24 hours, that same $350,000 figure was being spread across Twitter by pro-CCP accounts in Australia.

We knew I had been the one targeted, we knew it had to be the Chinese government.

Panicking, I had to consider what information they might have gained. That’s when I realized the most sensitive thing in my emails was a transcript of an interview I had conducted with a Uyghur Australian mate. He had told me details about Chinese government intimidation in Australia and their attempts to threaten his family. We hadn’t used names but I realized it would have been easy for them to identify him and his family based on these details. And that’s when I realized with a disgusting, sinking feeling in my chest that he had been exposed. I realised what had happened.

Earlier that same month, he’d reached out to tell me his mother had been taken, without any explanation, to the camps. He was grief stricken and unable to sleep; the pain was eating him up inside. He had a young family and he could barely function. I was devastated for my mate and I had reached out to multiple politicians and human rights organizations to see what we could do for his mother. We soon learned it was impossible to get her out of Xinjiang. She had already been threatened by police multiple times, but it was clear this time was different. There was a total information black hole and he had no idea why she had been taken, or for how long. Stories in the media about torture and rape in China’s concentration camps made the situation all the more sickening. I don’t know how he kept going, but he did. I was shattered.

I realised that the taking of his mother was very likely connected to the breach of my emails. Already we knew that the Chinese government targeted Uyghurs in Australia by threatening their family members back home. Now we faced the possibility that his mother was taken as punishment for my friend speaking to me in Australia.

It’s important to emphasise just how extraordinary this is: the Chinese government took an innocent woman to a concentration camp to punish two Australian citizens for speaking to each other in Australia.

I now know that this is exactly what the Chinese government wanted. They wanted to send me a message. Already, they had failed to intimidate me into silence. I was just 20 years old when CCP thugs assaulted me on campus and the Brisbane Chinese Consulate endorsed death threats against my family. I was 21 when Chinese government newspapers pressured my university to expel me, and the Chinese Foreign Ministry denounced me at an international press conference. The Chinese Ambassador to Cyprus threatened me in the Cypriot media because my family is of Greek-Cypriot heritage. Now at 22, the Chinese government had hacked into my communications and imprisoned my Uyghur friend’s mother as punishment for him speaking to me.

The scale and the brutality of this campaign was jaw-dropping, as was their thuggish attacks on innocent people with only the most tenuous connection to me. Obviously, I had never met my friend’s mother, never talked to her, I didn’t know what city she lived in, I didn’t even know her name. She was not political, she wouldn’t even know of my existence. And yet she was being punished in a barbaric concentration camp simply because her son, an Australian citizen, talked to me. It’s impossible to describe a system more hellish than that.

The Chinese government wanted me to know that I was not helping Uyghurs. They wanted me to know that I would make the situation of innocent Uyghurs worse, that they would possibly be tortured and brutalised due to my vocal activism on behalf of their people. It’s hard to comprehend the immensity of such evil. What it confirms for me is that this is a terrible genocide, one of the worst the world has seen since the Holocaust. Already we know the incarceration of one million Uyghur Muslims in these concentration camps is the largest incarceration of a people in concentration camps based on their religious status since the Holocaust. I carry so much shame over the targeting of my friend’s mother.

I never thought I would spend my life like this. I never set out to be an activist against the Chinese government. They made me. I held one small protest with fifteen people at my university and they sent thugs to bash me up before bombarding my family with death threats. They pressured my university to expel me, they ran state-media attacks on me and now target innocent Uyghur friends to punish me. They could have ignored that one protest, they could have ignored a young student from Brisbane, Australia. Now I will make sure they will never be able to ignore us ever again.

We are forming a new political party led by Australians of Hong Kong, Tibetan and Uyghur backgrounds to contest the next Australian elections. We are building alliances across different communities persecuted by this government so as to eventually mobilise an unstoppable tidal wave to sink this dictatorship. And when we get in, we will fight to nationalize Chinese-owned mines, banks and other assets in Australia. We will sanction corrupt Chinese officials, strip them of their Australian apartments, real estate, and bank accounts. We won’t let their family members stash wealth in Australia anymore, we will take back Australian assets for Australians. We have 100,000 homeless Australians in this country, we will give them homes by taking the empty apartments and mansions corrupt Chinese officials sit on here in Australia in case they get purged. The relationship is changing. It doesn’t matter if it takes us decades, this is the program we will eventually implement. There will be no more bullying and intimidation. Australians have finally stood up.”

Drew will also appear on 60 Minutes on the 17th of October. Make sure to tune in.