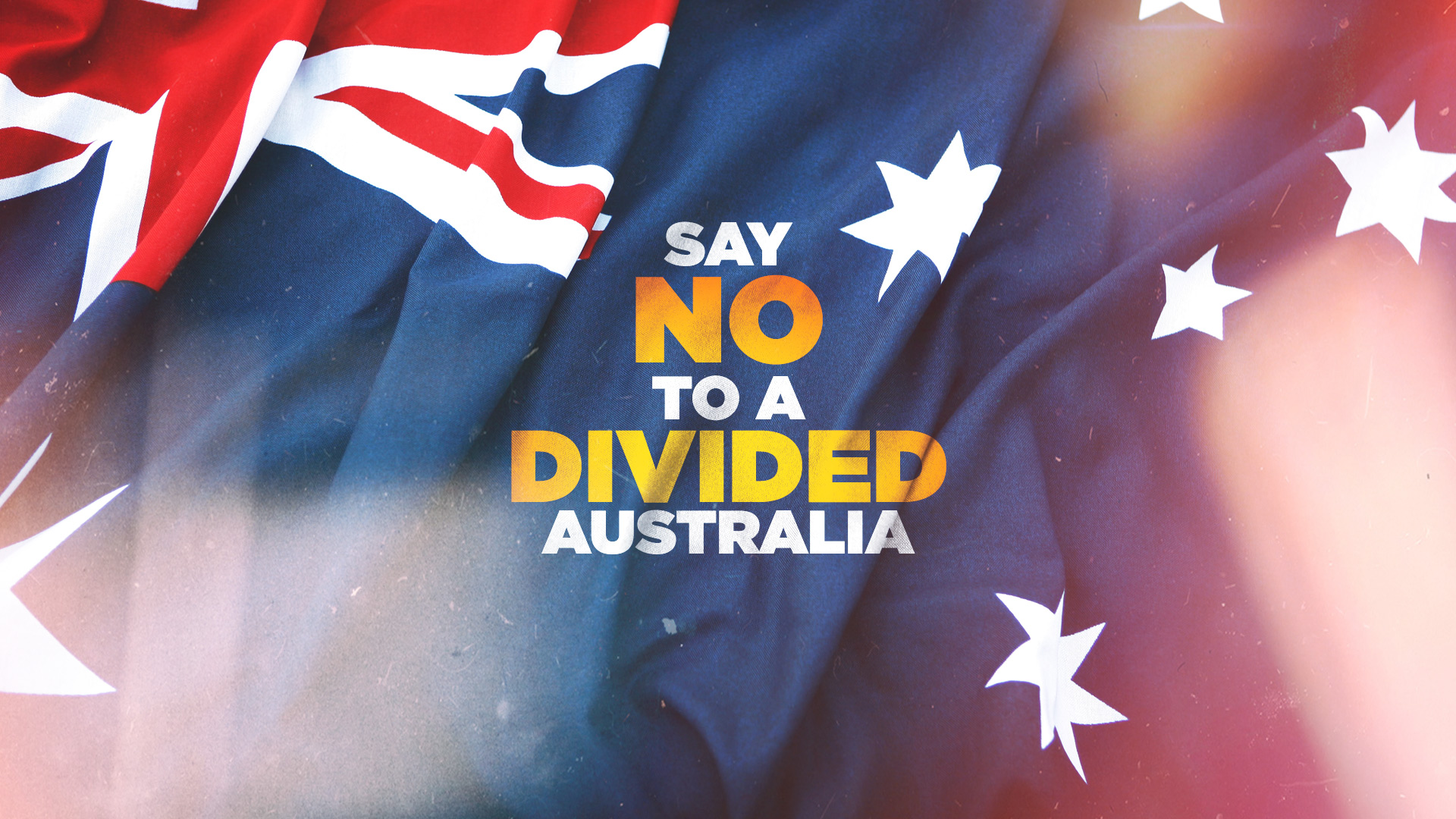 Australians should be one, together. Not two, divided.

As one of his first acts as Prime Minister, Anthony Albanese announced a referendum to create an Indigenous ‘Voice to Parliament’.

He wants to change the Australian Constitution to cement identity politics in our founding document.

This means our nation will be divided by race.

But why don’t other special interest groups deserve a ‘Voice to Parliament’? Why not children, or Australians with disabilities?

Labor is making up the details on the run and that’s not the way to amend the Constitution.

They want the Constitution changed before there’s even detail on the amendment.

Where’s the evidence this will produce practical change for Indigenous people?

Instead of bringing us together, this will drive us apart. And it will be there in our Constitution forever.

Sign the open letter to let Albo and Opposition Leader Peter Dutton know you want Australia to be one, together – not two, divided.

It’s urgent: we need to call out that there’s a referendum campaign coming and those driving a divided Australia are already off and running.

So get your voice out front and centre today to defend your freedom, security and prosperity.

Join with many others like you to keep Australia united by signing this urgent letter before the referendum begins!

By creating an Indigenous ‘Voice to Parliament’, you will be dividing our nation by race.

Why do you, Labor and the elites (woke media and politicians) want this, especially given there are now 11 Indigenous politicians in our parliament – more voices than ever?

All this will do is entrench identity politics in our constitution.

How can Australians vote to change our constitution when we don’t know any details of what ‘the Voice’ will actually be?

Instead of Australians being bound together by our common nationhood, we’ll be divided by race.

Instead of bringing us together, this will drive us apart. And it will be there in our constitution forever.

Australia should be one, together. Not two, divided.