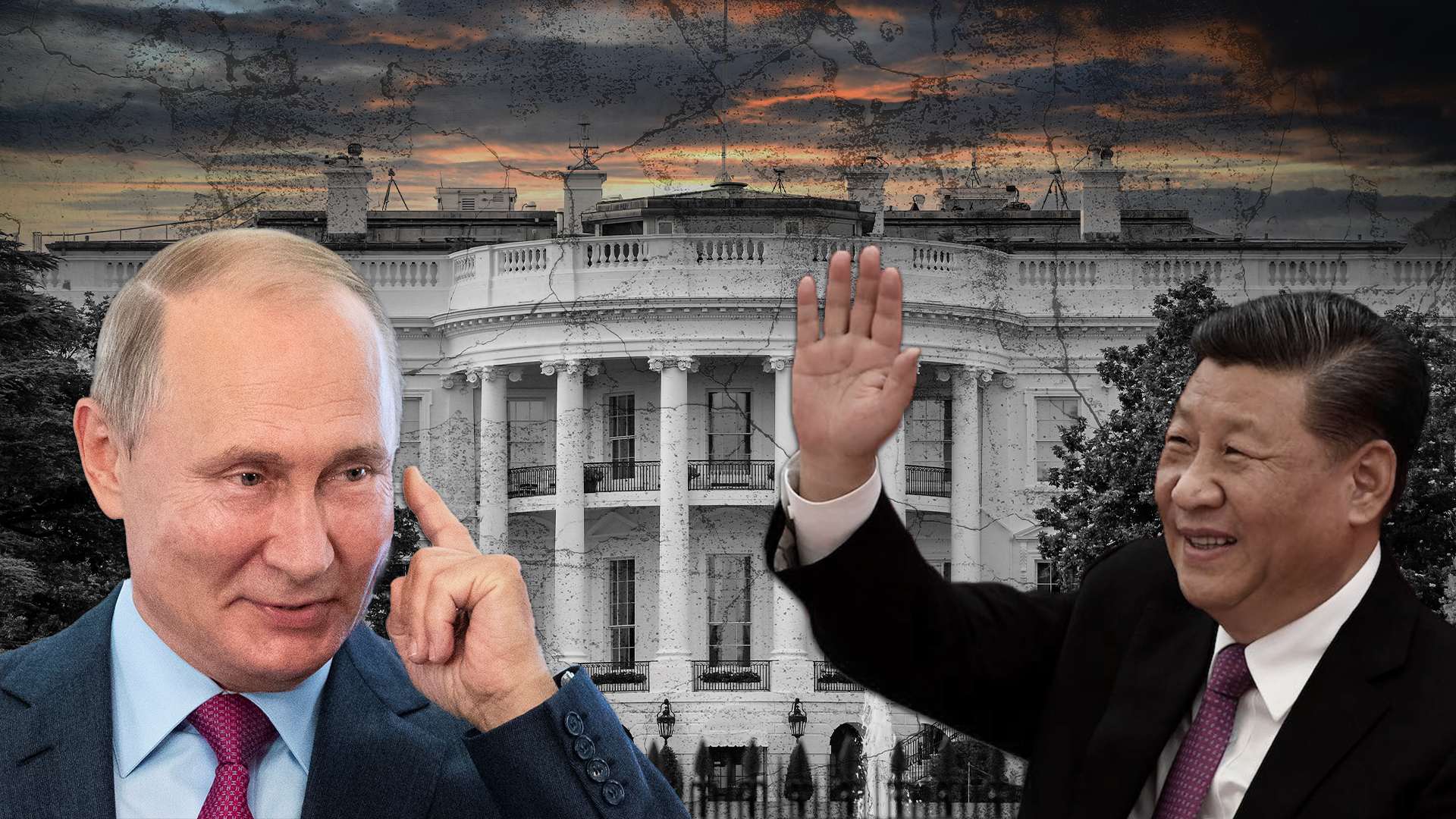 As the Royal Australian Navy engages dancers to twerk at the commissioning of its warships, Russia and the Chinese Communist Party are busy working to displace the US and its allies in a global struggle for power.

With our eye off the ball and a weak and incoherent Joe Biden in the White House driven along by the West-hating radical left, warning bells should be sounding in Canberra.

Latest US intelligence reports show an aggressive unholy alliance developing between Russia and the CCP with the clear aim of global dominance.

The idea that the US, generally a force for global order and peace, would be replaced by totalitarian regimes hell-bent on expanding their empires at the expense of other nation states is a worry to all peace-loving people.

“All 18 US intelligence agencies agreed an “epochal geopolitical shift” was underway.

“And, they warned, its key players were using increasingly “aggressive” strategies to bend the balance of power in their favour.

“Beijing is determined to “continue its whole-of-government efforts to spread China’s influence, undercut that of the United States, drive wedges between Washington and its allies and partners, and foster new international norms that favour the authoritarian Chinese system.”

“Moscow, for its part, is committed to discrediting US values to protect President Vladimir Putin.”

The frightening thing is the radical left in Western nations like Australia, the US and the UK has been spouting the narrative that our culture is flawed and even inferior and that it does not matter if other powers rise to replace the US.

The radical left has helped facilitate the managed decline of the US military and economy, only briefly interrupted by Donald Trump’s presidency.

A weak Biden has only emboldened the CCP in its ambition to re-take Taiwan and this follows its trashing of the one country, two systems agreement with Hong Kong.

Meanwhile Russia is massing troops on the Ukraine border with war looking imminent.

The Russian opposition leader Alexei Navalny was poisoned and remains in jail.

The CCP have one million Uighurs in concentration camps and is clamping down on political and religious dissidents.

“Moscow proclaimed Beijing to be “a true strategic partner”.

The radical left’s use of toxic identity politics to poison the minds of the young against our culture is now having geo-strategic consequences.

America has not been without its flaws as the global policeman during the post-World War II period, but those West-hating lefties running the Biden Administration should be asked to explain why they think a CCP-Russia axis would be better.

Former general Jim Molan, now a Senator (and fighting cancer) has warned that Australia must become more self-reliant when it comes to its defence.

With Peter Dutton ably assisted as Defence Minister by Andrew Hastie, there is a glimmer of hope.

But the latest intelligence shows we don’t have much time.