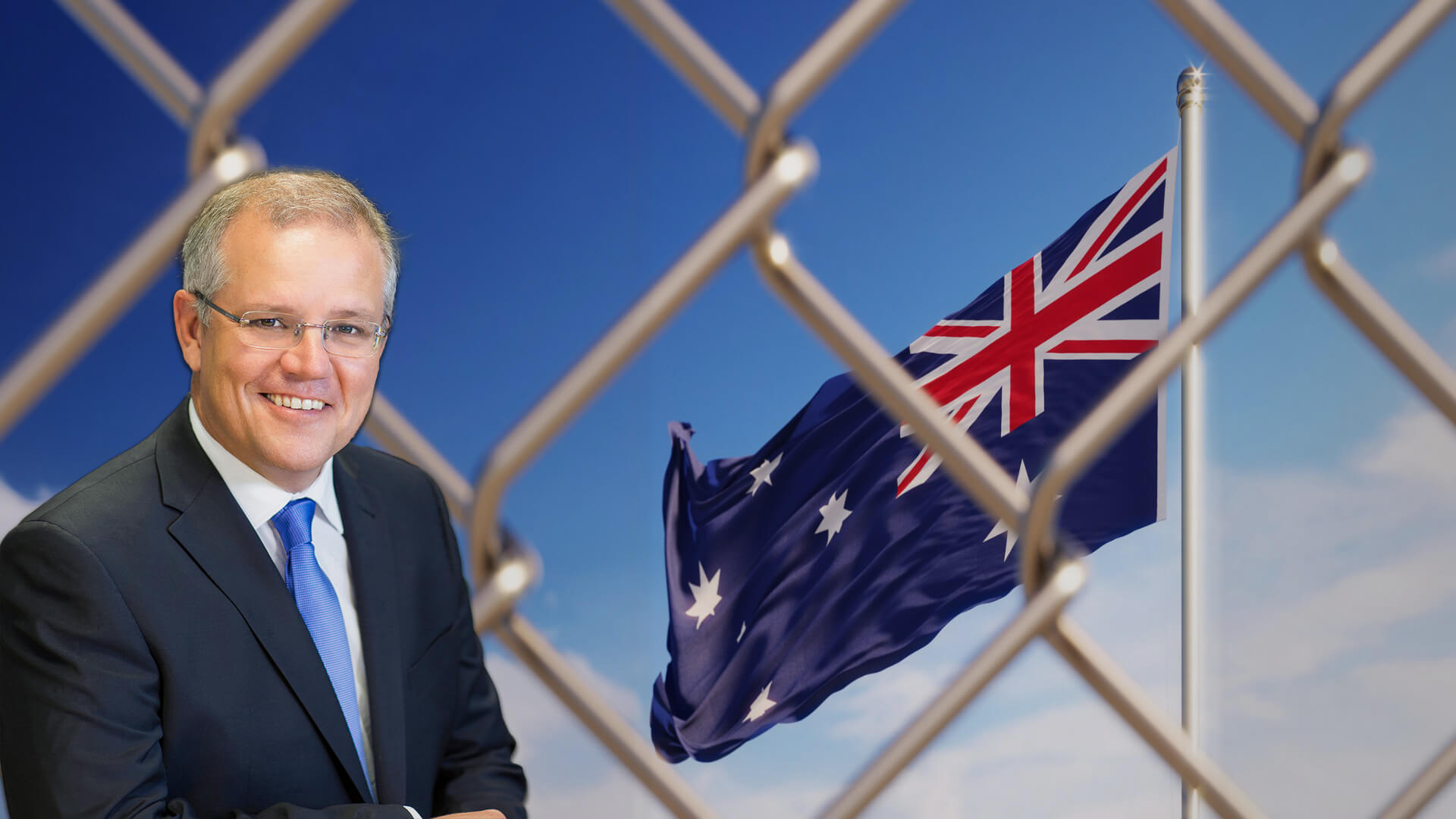 The priorities of the Morrison government when it comes to our international borders are way off.

Right now, there’s 38,000 Aussie citizens who can’t come home to see their families because the government’s travel ban has resulted in economy tickets for a flight from London to Sydney now costing up to $43,000.

Thanks so much for keeping us safe, Minister Hawke and Hunt!

As Professor David Flint wrote, “the ban was imposed under a power in the Biosecurity Act “to prevent or control the spread” of the virus “to another country”.

“While federal Health Minister Greg Hunt could have, quite properly, required people departing be tested, this certainly did not authorise him to impose the current draconian travel ban administered by some faceless bureaucrat.”

Australians are sick to death of government meddling in our lives.

We’re sick of not being able to see family in different countries and states when we can just get tested for the virus upon departure and arrival.

We’re sick of the obsession with reaching zero cases of the virus when the rest of the world is learning to live with it.

And we’re sick of politicians on both sides of the aisle grandstanding about “human rights”, “doing the right thing” and “getting a fair go” when they say nothing about the plight of our own citizens.

In case the politicians have forgotten about them, below are just some of the pleas of fellow Australians who are stuck overseas, desperate to come home.

Paul H (11/10/21) – “Hi, I'm stuck in NZ. We terminated our home lease in Wellington, freighted the furniture back to WA, sold the car, then, two days before our flight, all flights were cancelled! I tried to get on red flights twice with no luck.  The seats sold out in seconds.  How does this happen? How is it fair? I wrote to AirNZ about it – no reply. DFAT can’t, or won’t help. I wrote to many politicians – sympathy, but no action. No idea when we can get back to WA. Now living in Waikanae on the charity of our friends. Will consider flights to most states in Australia.”

Anton M (21/09/21) – “There are many stories of families ripped apart by Covid and lockdowns. My family is in Australia and I got trapped in NZ when the Australian government closed the border to NZ. I was meant to be home in August in time for my daughter’s birth, but now it's been over a month and I’m still stuck in NZ, without any prospect of a commercial flight home. There are zero available flights until Christmas. My only option is to charter a flight, which is completely unaffordable for me; so in desperate times, I’m turning to charitable donations. If successful with funding, I promise to share the plane with as many people stuck in NZ as I can.”

Tony (12/09/21) – “While I am not Australian, I experienced the same "keep the borders closed and lock people out to keep the numbers down" from the country I am a resident of. That narrative is absolutely false, and I still cannot believe that people believed and subscribed to it. I was stranded for almost 13 months, and it is an experience that I wish for no one. My heart goes out to anyone who was stranded and especially to those who are still stranded today.”

Maya (22/08/21) – “I am a dual citizen of Australia and America and I got an exemption to travel to the US to care for my aging and unwell parents. I took leave without pay from my job in Victoria, Australia and was meant to return in mid September to return to my work in the health care sector.  My flight got cancelled and I was told the next flight through similar airlines was going to be December.  I informed my work about this predicament and was told I would need to resign from my position if I was unable to get back by early October. I have been looking for a flight and got help through a travel agent to try and find something reasonable. Flights are going for $20,000!!! It is not reasonable to pay that amount for a flight back home. It is unaffordable and unreasonable to expect people to pay this, and it puts a line between those who can afford this and those who cannot.”

Jason J (29/07/21) – “I’m here, but both my wife and kids have been stuck overseas, I haven't seen them for over two and a half years. Because I don't have deep enough pockets to pay over $8,100 to $12,500 for airfares. A friend recently arrived back home and he told me he had booked an economy ticket and was sent a link to bid to pay more for an upgrade that he won. Federal Government’s pandering to state governments...”

Marian (12/07/21) – “Firstly I'm 66 and stuck in Morocco trying to sell my small property. Can't get vaccinated because I'm not a resident. My visa ran out last year, so I will have to go to court and pay a fine before I can leave. I have already had to take more than half of my meagre Superannuation because I haven't had an income for three years. Obviously I can't access my pension because I'm not in the country.... Just getting myself and MY money out of Morocco is my first hurdle and then it's getting myself and my daughter, who is in the UK, back home. I have been isolating for the vast majority of the past 18 months, on my own. Sometimes I don't see anyone for weeks. Should I go on? I’m lost and lonely.”