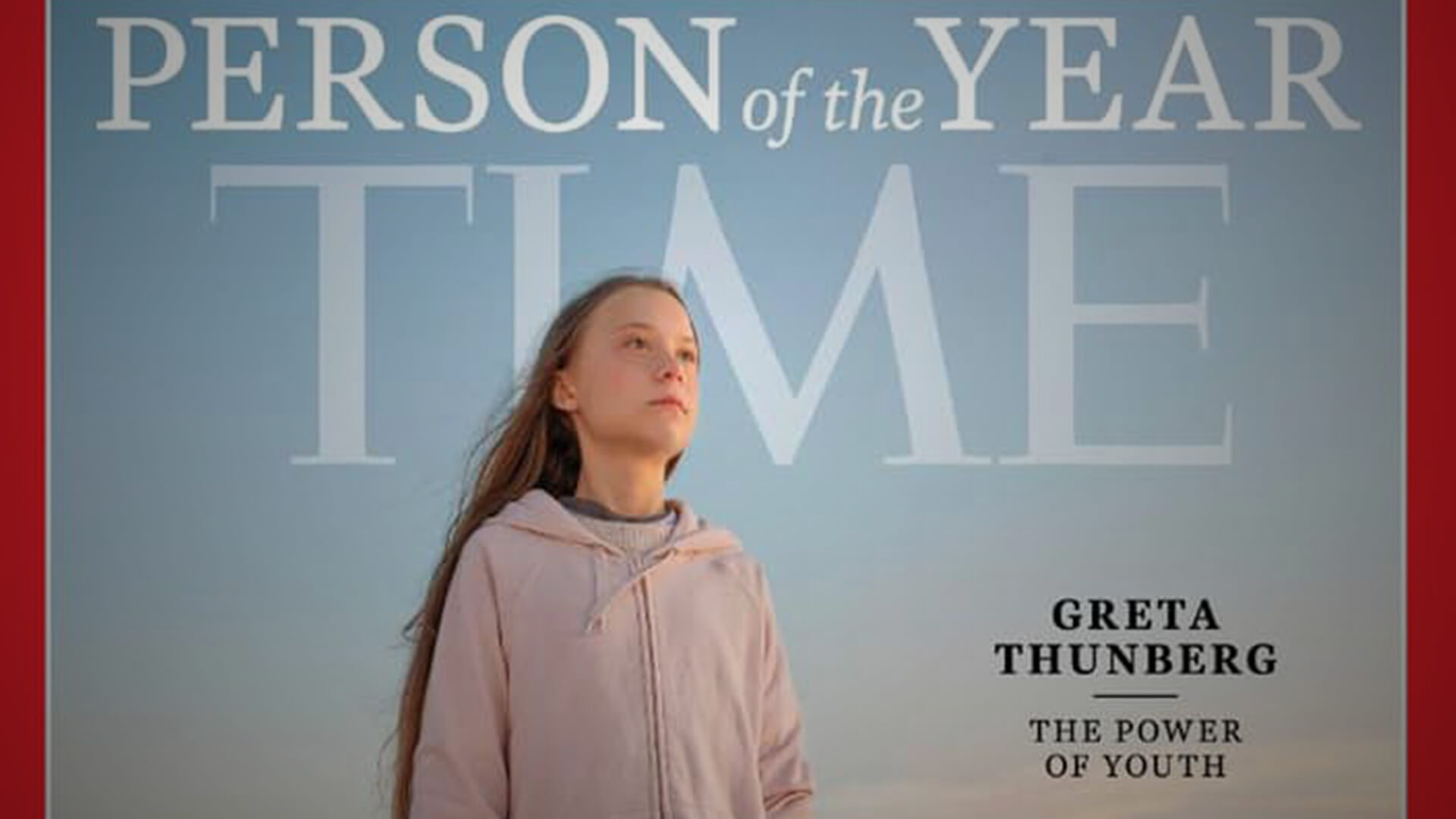 And as you might imagine, justifying giving the honour to a misled child skipping school to pedal misinformation is a tough gig.

“Margaret Atwood compared her to Joan of Arc. After noticing a hundredfold increase in its usage, lexicographers at Collins Dictionary named Thunberg’s pioneering idea, climate strike, the word of the year,” Time gushed.

The magazine lauded the young Swede for starting an environmental campaign in August last year which has since became a global movement.

Thunberg is the youngest ever recipient of the title since Time’s tradition began in 1927.

The cover of the magazine features Thunberg standing on a rock by the ocean, waves crashing around her as she gazes resolutely into the distance.

"Greta embodies the moral authority of the youth activist movement demanding that we act immediately to solve the climate crisis. She is an inspiration to me and to people across the world," he said.

Speaking from the UN climate summit in Madrid, Thunberg dedicated the award to her fellow young activists.

"But as I have said before, I should not be the one to be person of the year, it should be everyone in the Fridays for Future movement because what we have done, we have done together," she said...

Before resuming laying into world leader for not doing enough.