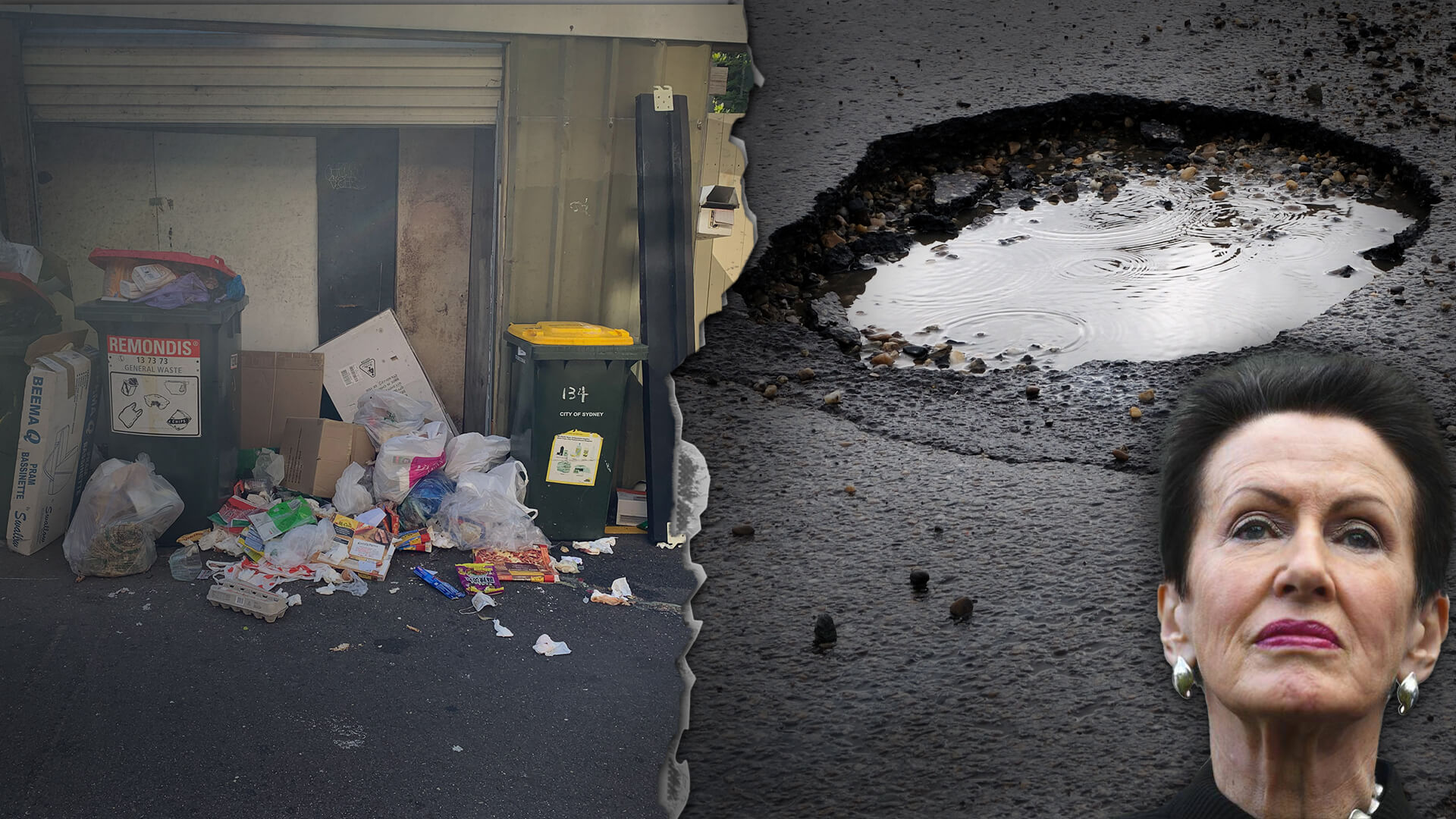 While potholes enlarge, fuel loads accumulate and rates go up, your local council is wasting its time taking action to address the so-called climate emergency.

According to data released by the International Climate Energy Forum, approximately 35 per cent of Australians live in areas where their local councils have formally declared the existence of a global “climate emergency”.

To see whether your local council has jumped on the bandwagon of net-zero emissions, green energy and deindustrialisation, scroll to the bottom where there’s a full list of those which have.

For example, one of the most prolific left-wing councils in Australia, the City of Sydney, passed a motion in 2019 saying climate change poses a serious risk to Sydneysiders, with Mayor Clover Moore declaring:

"Successive federal governments have shamefully presided over a climate disaster, and now we are at a critical juncture - we face a climate emergency.

"Australia's greenhouse gas emissions have increased for four consecutive years. It is clear that the current federal government's policies are simply not working, and I call on council to declare a climate emergency."

Well for your information Mayor Moore, Australia’s reduction in carbon emissions per capita outstrips the vast majority of countries including the ones run by progressives like you.

As Nick Cater pointed out in The Australian newspaper this week, while Australia has cut its emissions by about 18 per cent between 2005−19, Canada only cut it by 1 per cent and New Zealand hasn’t lowered its emissions at all.

So, what gives the Mayor of Sydney, Clover Moore the right to call out the Prime Minister Morrison for climate inaction when her progressive bedfellows, Jacinda Ardern and Justin Trudeau, are way behind us?

At the end of the day, Clove Moore’s ignorance is no surprise, for this is what the modern green-left has become.

While micro-plastics pollute our ocean, China and India deplete the groundwater reserves their agricultural industries are dependent on, and wind turbine and solar panel landfills fill to the brim; green leaders like Clover Moore would rather slander Australia’s right-of-centre government than actually work to improve the environment.

Clover Moore is more interested in ensuring Sydney City Council only uses architecture firms with a gender ratio of 40 per cent male, 40 per cent female, and 20 per cent of any gender, than getting the best deal for struggling ratepayers.

What is wrong with the City of Sydney?

Although it may be inconceivable, it does get worse.

For example, in January of last year, Brisbane City Council endorsed an event where “drag queens” were tasked with reading children’s books to a group of seven-year-olds at Brisbane City Library.

The City of Melbourne council publicly supported a 2021 Australia Day “invasion day dawn service” to “recognise that colonisation and genocide are ongoing processes … and that Sovereignty over Country was never ceded”.

And Mosman Council in Sydney, which represents some of the wealthiest people in the Southern Hemisphere, reckons “the past decade was the hottest in human history” and there have been “widespread increases in fire weather and declines in rainfall”.

It’s time for the leaders of Australia’s democratic and civil institutions to fulfil the mandate they’ve been given instead of using the taxpayers’ dollar to push a contested green agenda the people of Australia have rejected at the ballot box time and time again.

For the hundreds of councils in Australia, this means fixing potholes, reducing fuel loads and lowering rates for struggling households and small businesses; not declaring “climate emergencies” and hosting “drag queen story time” for children in public libraries…

List of Australian councils which have declared a climate emergency: