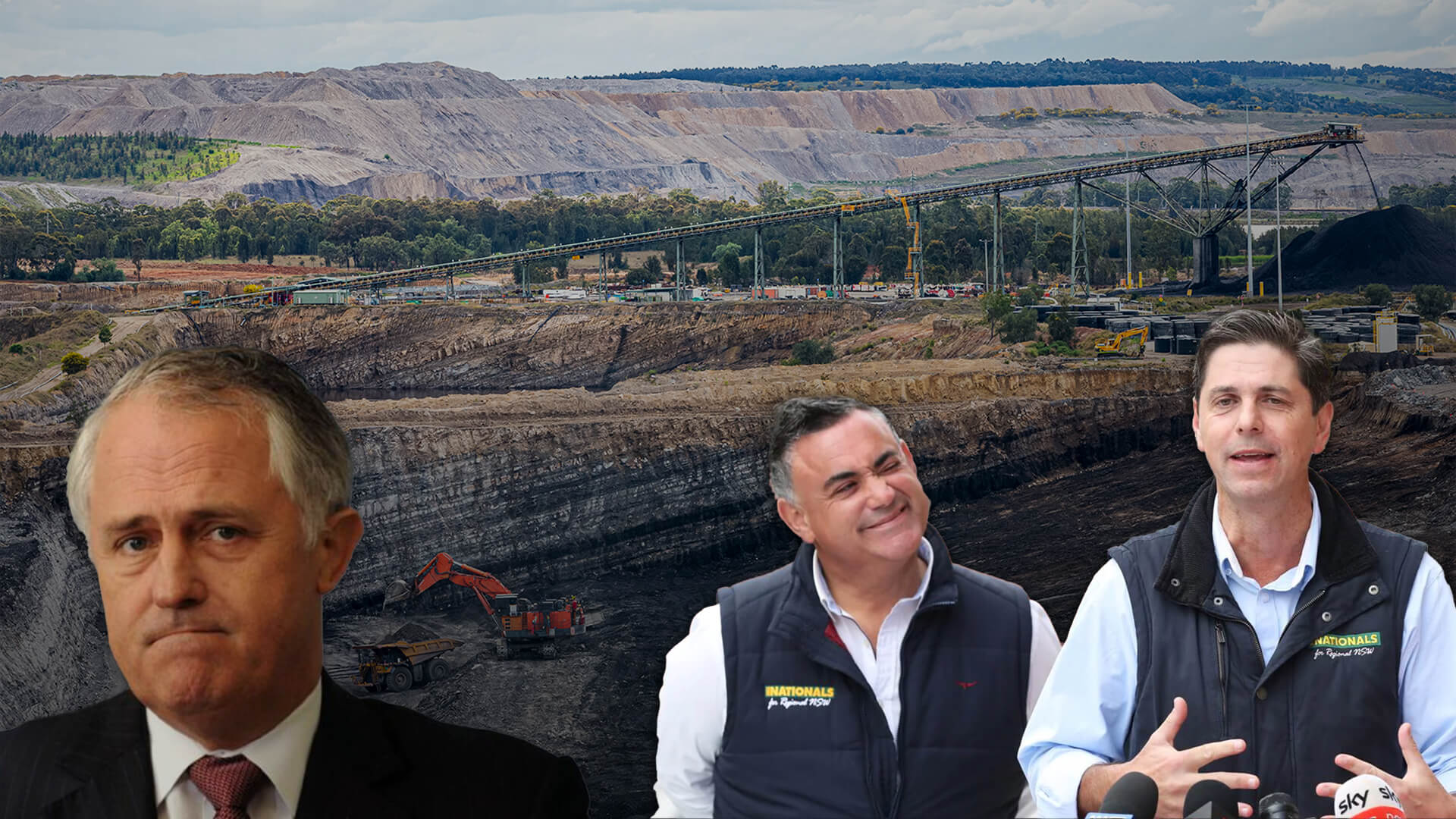 However, instead of a miracle, she got a miserable ghost.

For if it wasn’t for Malcolm Turnbull’s public support of climate hysteric Kirsty O’Connell over Nationals candidate Dave Layzell, the Coalition might have lost to One Nation or the Shooters Fishers Farmers.

Well, by supporting Kirsty O’Connell instead of Dave Layzell, the Nationals were able to distance themselves from Turnbull’s “modern Liberal” vision for a “post-coal future” in Australia’s largest thermal coal basin.

They had the opportunity to divorce themselves from Turnbull’s boundless elitism – a personality trait encapsulated by his decision to spend election day drinking Pinot Gris at a ritzy Paddington pub instead of handing out flyers for the candidate he bankrolled.

Perhaps as important was the timely silence of NSW’s green Environment Minister Matt Kean – a stark change Nationals leader John Barilaro credited as a crucial factor in his party’s triumph throughout his victory speech.

A similar situation occurred for the Nationals with Labor.

Although Hunter MP Joel Fitzgibbon said the government’s new gas-fired power plant “should be built and it needs to be built very quickly”; the Nationals were saved by Labor members from wealthy inner-city electorates such as Labor MP Josh Burns, who complained about how the government has “continued their ideological war against renewables” by backing gas over “cleaner, cheaper energy”.

And even still, Joel Fitzgibbon wasn’t fully in touch with the priorities and desires of the people of the Upper Hunter.

Perhaps this is why Mr Fitzgibbon is now saying he will quit the Labor Party if it doesn’t “wake up”.

After all, One Nation and the Shooters, Fishers and Farmers Party – which both support building a new coal-fired power plant in the Hunter - received a combined primary vote of over 24 per cent; 4 per cent more than Labor, and only just behind the Nationals.

And both the Nationals and the Labor Party faced significant swings against them in the primary vote due to their failure to publicly back coal-fired power and mining as united parties.

At the end of the day, while Deputy Premier John Barilaro was certainly right in saying Labor’s poor performance was not a product of “the jockey” but of “the horse”; he must realise the same point applies to his party and its relationship with the increasingly progressive NSW “modern” Liberals.

As the biggest winner of the day, One Nation’s Mark Latham declared, with “58 per cent of their economic output (in the Upper Hunter) coming from coal…to get rid of Malcolm is a big plus….(however) it would be better if Matt Kean went as well”.

With a federal election on the horizon, let’s hope Berejiklian and Barilaro’s federal counterparts are taking notes…