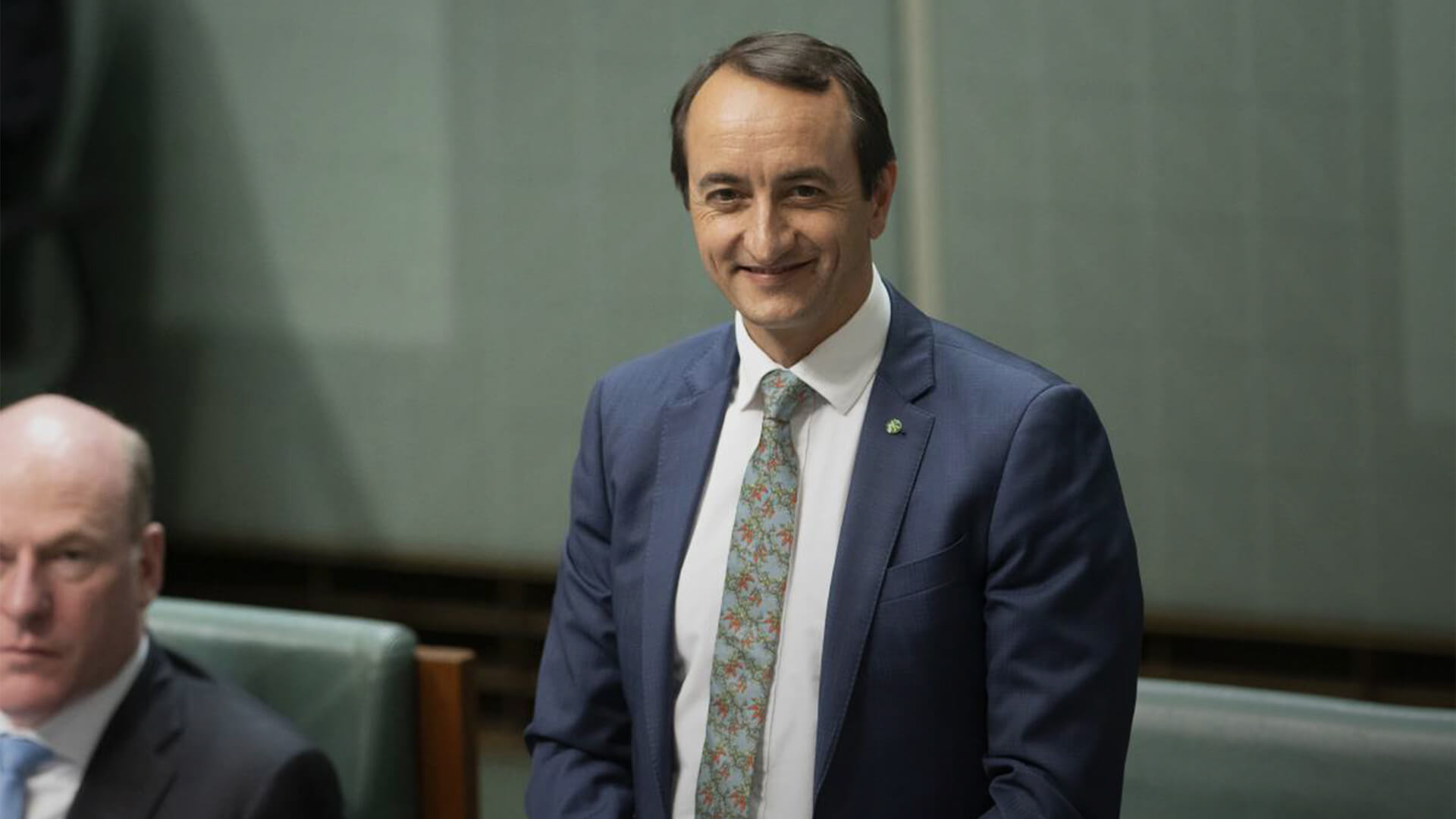 Just when you thought the “Modern Liberals” couldn’t get any more modern.

This week the Herald revealed NSW Parliament will debate an online petition which aims to bring attention to the “shocking number of past and present school students who have come forward to share their stories of sexual harassment and assault at high school”.

The petition – which has been posted on the NSW government website and endorsed in the Commonwealth Parliament by “Modern Liberal” MP, Dave Sharma – demands that:

“Consent is taught earlier to reduce the extent of sexual assault experiences amongst youth in NSW. We, the undersigned petitioners request that holistic consent sex education be included in the curriculum, that acknowledges toxic masculinity, rape culture, slut shaming, victim blaming, sexual coercion, and enthusiastic consent, as well queer sex education. We also call for urgent reform to require sexual consent to be enthusiastic consent.”

Just as concerning is how Dave Sharma has jumped on board the initiative, telling Parliament that Chanel Contos – the former private school girl from Sydney’s Eastern Suburbs who created the petition – “has courageously highlighted an under-reported scourge of sexual assault amongst our young people”.

Mr Sharma even encouraged his supporters to sign the petition, sharing it on social media and telling Parliament he “spoke with Chanel on the phone to discuss how government can better support more comprehensive and holistic consent education”.

Dave, of course you’re right to call out the “scourge of sexual assault amongst our young people”. 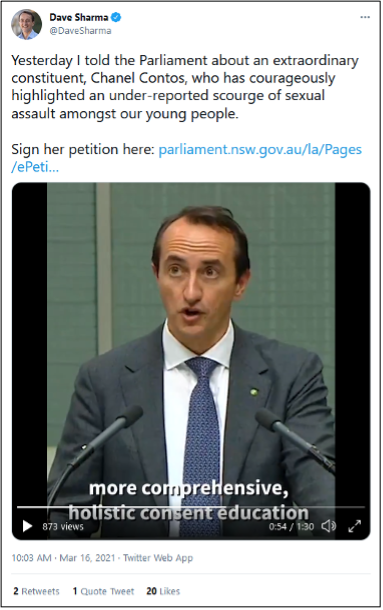 However, this does not mean our impressionable young children need a “more comprehensive and holistic consent education” which includes learning about “toxic masculinity” and “queer sex” – whatever that means.

Who in their right mind actually thinks this is appropriate?

After all, the Morrison Government’s new proposed curriculum – which Advance Australia has actively been pushing back against – already focuses on woke identity politics, while putting down Australia’s western cultural heritage as “racist” and “discriminatory”.

The new curriculum asserts the colonisation of Australia by the British was an “invasion” that “denied the Indigenous occupation of, and connection to, Country/Place”.

While in Year 7 Civics and Citizenships, students would learn how “Australia is a culturally diverse, multi-faith, secular and pluralistic society with diverse communities, such as the distinct communities of First Nations Australians” – instead of “a secular nation and multi-faith society with a Christian heritage”.

Yet on top of this Dave Sharma reckons our kids also need to learn about “toxic masculinity” and “queer sex” to stop the “scourge of sexual assault amongst our young people”.

As Advance keeps saying: nobody voted for this and we won’t forget the betrayal.

Anyone even vaguely in touch with mainstream Australia knows the majority would rather our kids learn about the triumphs of masculinity – as embodied by the heroic sacrifices of our veterans who fought wars against Nazi militarism, Japanese expansionism and communist insurgencies – instead of how masculinity is some sort of oppressive, toxic blight on the face of humanity.

And as for queer sex education – Advance doesn’t even know where to begin.

It just can’t be too much for Australians to ask for.