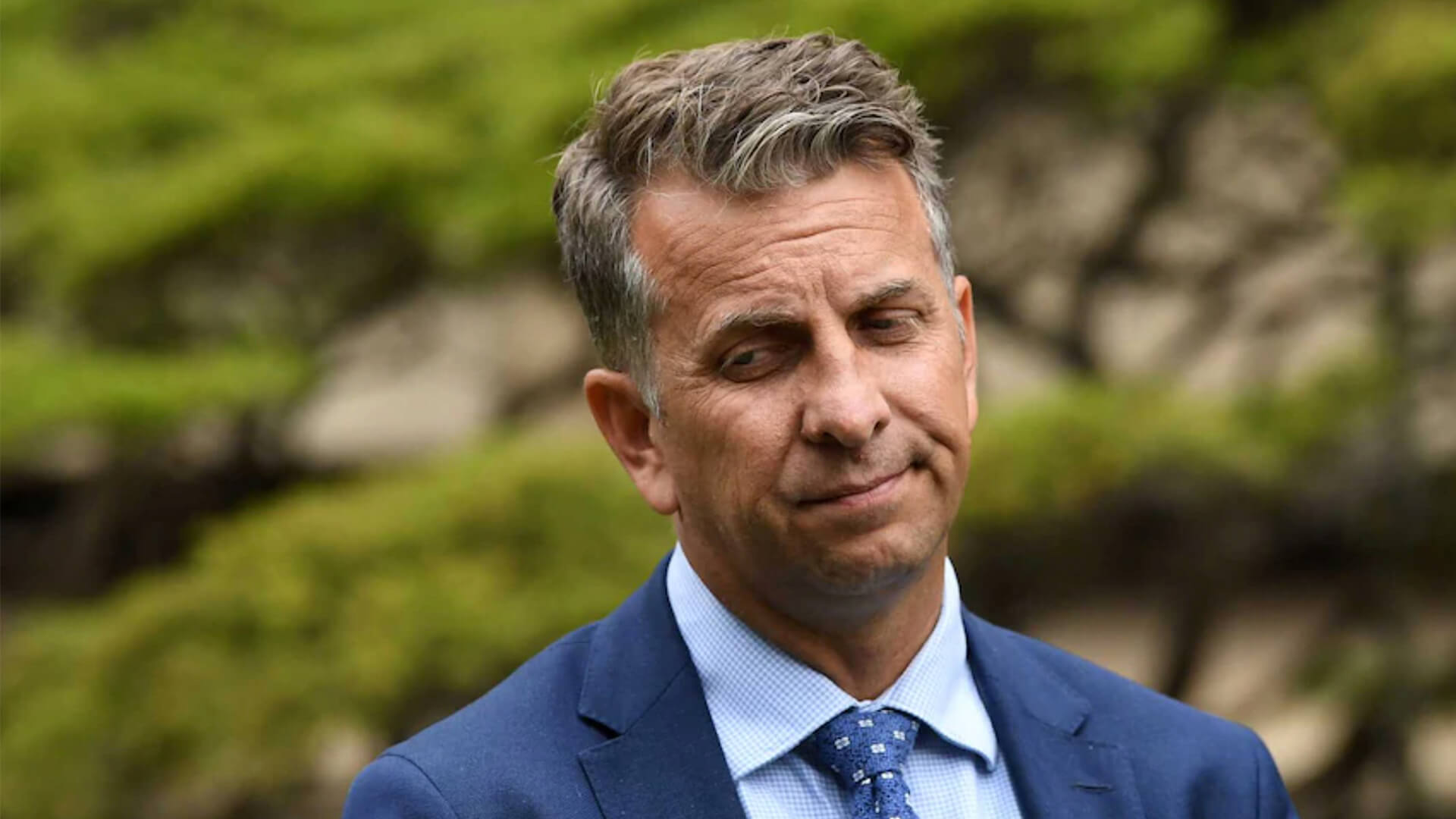 Last week, Sydney University’s student newspaper, Honi Soit wrote about the scourge of “petro-masculinity” and how “challenges to the fossil fuel system as a result of climate change are seen as threats to white patriarchal rule, and increasingly fragile notions of ‘Western-hypermasculinity’”.

Well, Advance knows one bloke in the Liberal Party who hasn’t been impacted by this disturbing infliction.

Writing in an op-ed published by the Guardian, NSW Transport Minister Andrew Constance wrote that the black summer bushfires were “a major climatic event” which proved “we can’t spend any more time, or expend any more energy, debating climate change”.

As such, he concluded “an immediate way we can lead change is to increase the number of electric vehicles on our roads” – an initiative he’s championed by announcing that all Sydney’s buses, trains and smaller ferries will be electric between 2025-30.

What will this achieve?

The Chinese Communist Party would rake in even more export revenue from the West considering it controls nearly 70 per cent of electric vehicle battery manufacturing capacity, with 107 of the 142 EV battery megafactories worldwide located in China.

And a boom in small-scale or “artisanal” cobalt production in the Congo (which supplies two-thirds of global output of the mineral) would eventuate – increasing the exploitation of child labour and the degradation of the world’s most biodiverse rainforest ecosystems.

All so we can reduce transportation greenhouse gas emissions by a mere 15 per cent by 2050 if we maintain our current travelling habits.

Afterall, anybody who has crunched the numbers on electric vehicles knows that:

On top of all this, the taxpayer will have to front the capital cost of electric charging stations, with Newscorp reporting that Bill Shorten’s electric vehicle target of 50 per cent of new car sales by 2030 would cost up to $7 billion in recharging infrastructure and additional investment in “switchboards, transformers and poles and wires”.

Power prices will continue to rise as electric cars, buses, ferries and trains become dependent on energy from our increasingly unstable grid which will see almost all its coal-fired power capacity shutdown within the next 15 years.

And it looks like many in the government foresee an inevitable ban on non-electric vehicles in the future – a prospect which undermines the freedom of Australians to purchase the car they wish.

Let’s hope Mr Constance feels the full force of “petro-masculine” Australians at the next election.

As Advance keeps saying, what’s the point of democracy when governments continue to ram through policies nobody voted for?