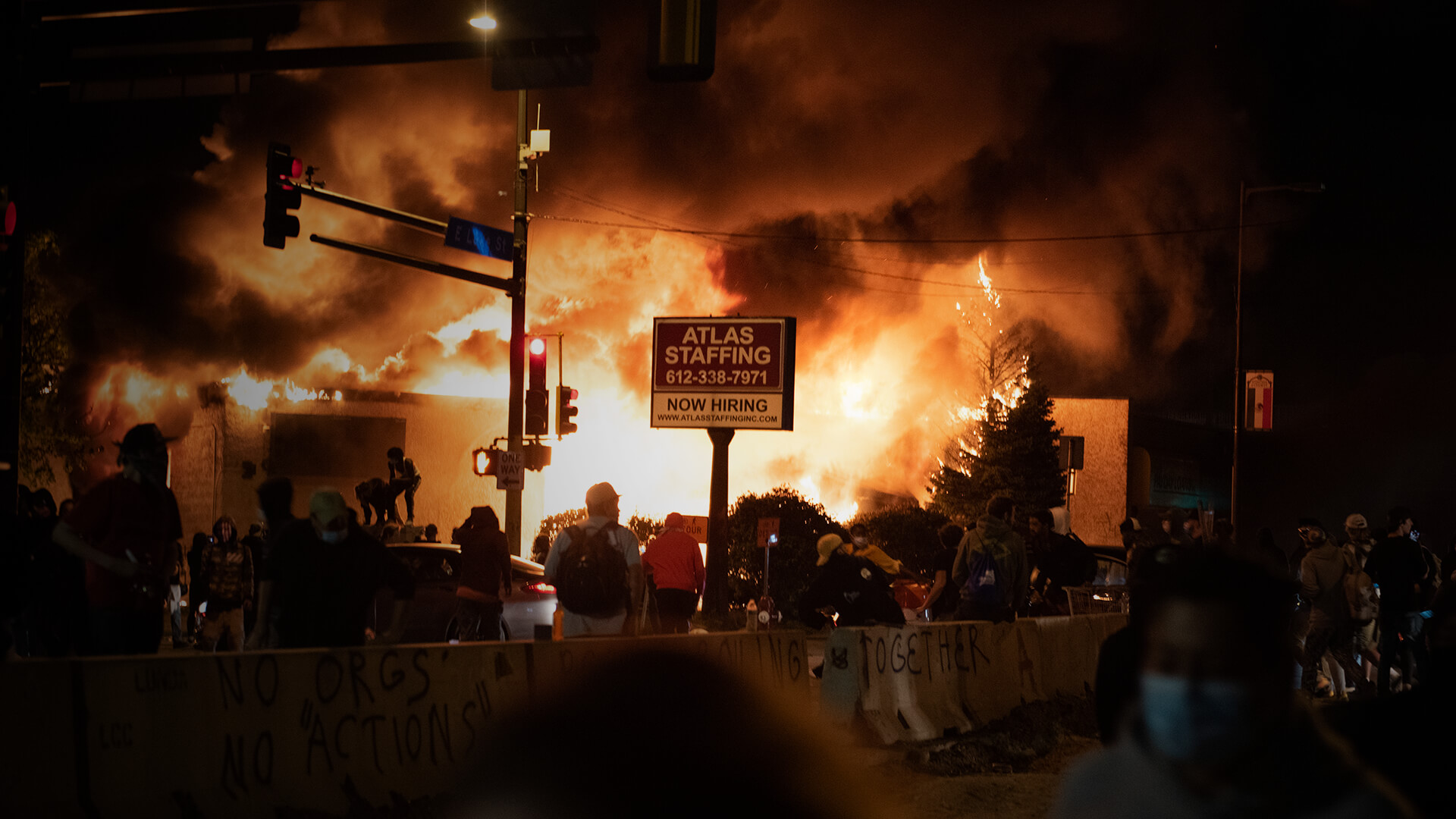 The lefty mainstream media is a cancer on our culture.

As America is torched by radical leftist Antifa (ie. “anti-fascist”) thugs, news outlets all over America continue to paint “protesters” (read “rioters”) in a favourable light.

The lefty media have waxed eloquent about the racial divide in America, the police brutality against blacks (despite stats showing blacks are responsible for the deaths of most blacks), and therefore how justified all the looting and burning really is.

Anyone who’s anyone knows these riots stopped being about George Floyd a long time ago…  If they ever were.

But now, thanks to “our” ABC, your tax dollars are helping to cheer on the violent overthrow of Western Civilisation at the hands of Antifa too.

President Trump has rightly declared them a terrorist organisation.  The ABC says Antifa are just misunderstood.

Meanwhile Antifa’s own Twitter feed is hiding in plain sight, posting pictures of building going up in flames and cheering on the anarchy.

“Capitalism is the pandemic.  Flush the ruling class,” reads another retweet.

And take this retweet from Antifa Long Beach California this week: “A series in favour of #looting as a communist measure and as a way to attack the logic of the commodity-form under capitalism.”

Insert the word “classism” for “racism” and the same could be said of the Marxist Bolshevik uprising in 1917 which ushered in the bloodiest political systems the world has ever known – Soviet and later Chinese communism.

Instead, the ABC paints US President Donald Trump as the villain for singling out Antifa for doing exactly what they themselves say they’re doing – inciting violence.

For heaven’s sake, ABC – Antifa aren’t even trying to hide it – why are you?

Instead of looking at Antifa’s tweets championing the fall of society, March paints them as noble activists for a better America.

“Behind the masks, most of the people involved with Antifa who I've met are pretty ordinary,” she writes of the anti-Western civilisation communist group.

So are the riots in America a picture of what the ABC believes civil society and legitimate protest look like?

It’s unconscionable we’re forced to pay the ABC to churn out propaganda like this.

Another ABC favourite, Jane Caro, tweeted: “I am an anti-fascist. Anyone with a shred of decency and a cursory knowledge of history has to be. If that makes me - a 63 year old grandmother - ANTIFA so be it.”

The bloody tyrant Vladimir Lenin’s phrase “useful idiots” comes to mind when thinking of the ABC and elites like Caro singing the praises of Antifa.

Instead of analysing its advocacy of violence and anti-democratic methods, “our” ABC defends Antifa.

Why doesn’t someone ask Caro if she endorses the use of force instead of democracy to achieve political outcomes?

Our incurious media, sadly, are not about to start digging deeper because they all think Trump, who is trying to restore law and order, is a fascist.

Antifa’s advocacy of violence and civil disobedience in pursuit of the pulling down of the capitalist order is not too far away from that other pre-Wuhan virus favourite of the ABC – Extinction Rebellion.

It’s one thing for people to hate capitalism and democracy.

It is quite another thing for a taxpayer-funded behemoth like the ABC to be an apologist for the violent overthrow of Western Civilisation and ultimately Australia.

But unable to achieve the change they crave at the ballot box, they are now apologists for violence as a political method.