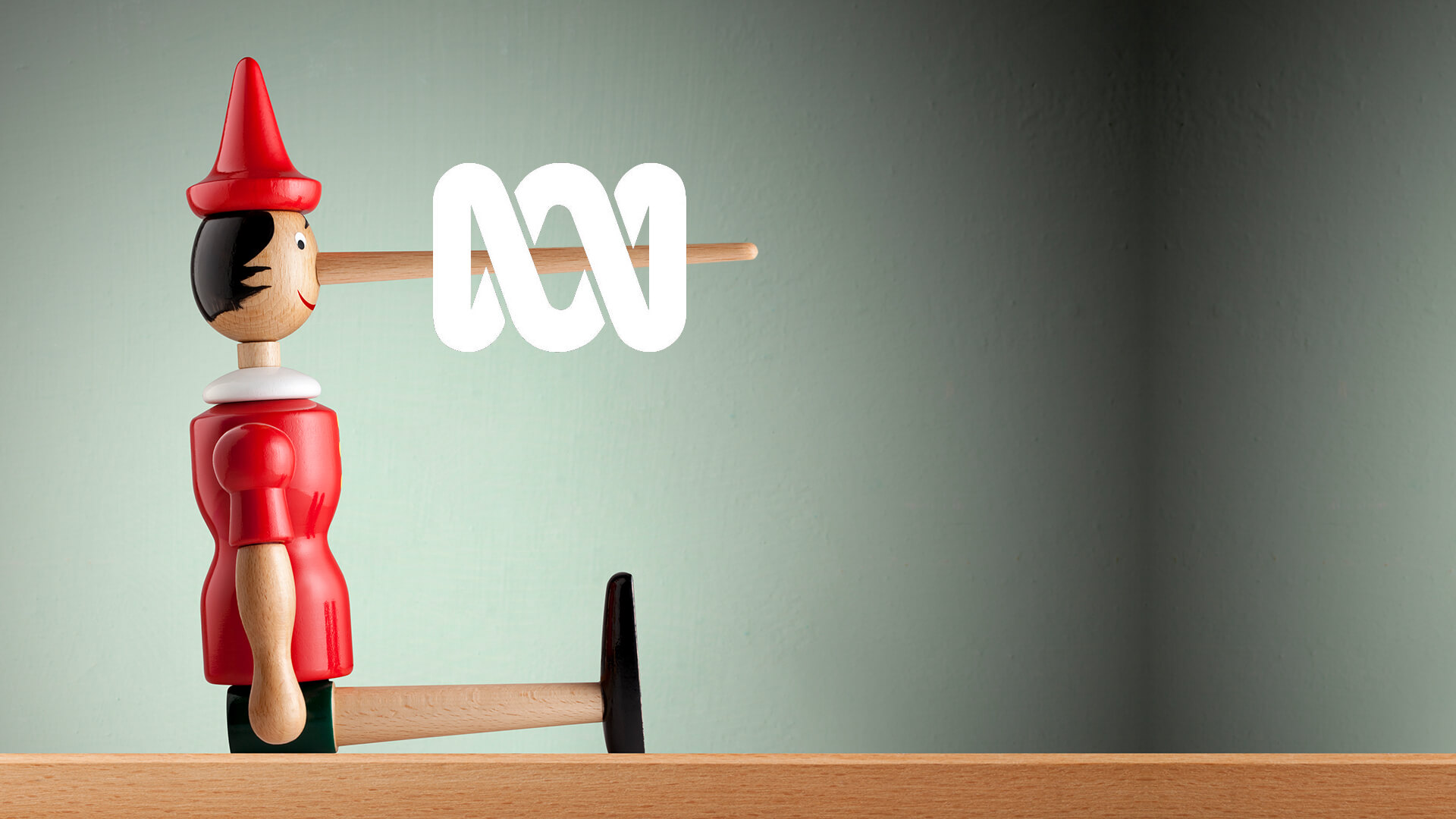 “Our” $1.1 billion a year broadcaster just took another taxpayer-funded flight of fancy over La La Land.

Remember when courageous Liberal MP Craig Kelly went on British TV earlier this year to push back on the climate cult-driven hysteria about our summer bushfires?

Predictably, he was shouted down by the British TV hosts who were unwilling to allow any discussion that did not fit the climate cult narrative.

Then “our” ABC piled on, unable to abide a situation where a member of the federal parliament had strayed from the climate change reservation.

Kelly was undermining the ABC’s assertion that Prime Minister Scott Morrison was personally responsible for the bushfires – he had to be disciplined and made an example of.

Even the Liberal Party heeded – banning Kelly from doing any more international television, relegating him to “Sky after dark” to be ignored (or so they hoped).

But this was not enough for “our” cashed-up ABC who then threw money at the taxpayer-funded RMIT “fact-checking” unit…  To prove Craig Kelly wrong.

And surprise, surprise – the “experts” at RMIT found that Kelly’s rainfall claims were “flawed”.

Except that they weren’t flawed – they’re true.

Employing mental gymnastics only bubble-dwelling academics can come up with, RMIT asserted that Kelly’s claim was flawed because there were parts of Australia where the rainfall was lower in the first 20 years of this century.

Well, of course, there were – Australia’s a big country, geniuses.

It doesn’t change the fact that from 1900 to 1920 (before humans supposedly started cranking out CO2 at sea-level rising rates), Australia received less rain than it did from 2000 to 2020.

Of course, if the data showed the opposite, you can bet your bottom dollar the climate alarmists would have been all over the findings like a fat kid with a pack of smarties.

They would be shouting it from rooftops, demanding ScoMo’s head on a stick for causing the bushfires.

There’s a crisis of conviction in the Coalition causing them to fail to take the ABC to task.

Instead, like Pinocchio’s nose, the ABC seems to be rewarded every time it tells another lie.

Despite its flagrant abuse of truth in its support of the climate cult, the broadcaster has asked for a $5 million increase in its budget.

And instead of telling ABC Chair Ita Buttrose to get lost, Communications Minister Paul Fletcher timidly advised the ABC to put its case for more of your money.

Goodluck with saying ‘no’ now that you’ve opened the door, Fletcher.