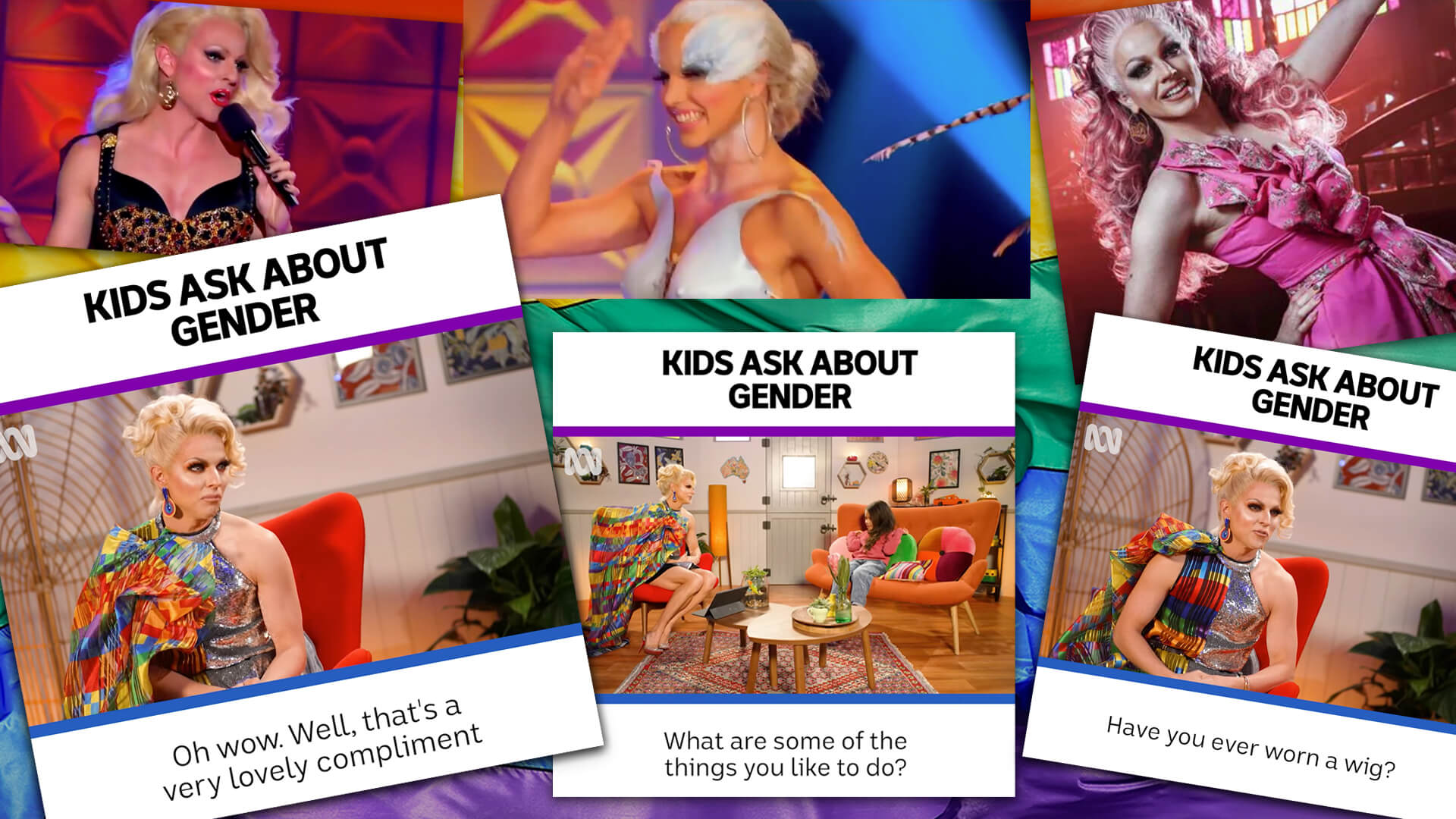 Only yesterday, Advance wrote about the gross failure of the ABC to understand Bruce Pascoe’s claims about Indigenous history were “poorly researched”, littered with “factual errors”, grounded in “exaggerations of many old sources” and “shouldn’t be in the school curriculum”.

In a video posted on the ABC’s Kids Community page last week, a well-known “pansexual”, “polyamorous”, “genderfluid” drag queen who calls himself Courtney Act had a prolonged discussion with several Kindergarteners about gender identity and dressing up in drag.

During the discussion, Courtney – whose real name is Shane Jenek – danced with the two of the young kids donning a short skirt, makeup, wig and high heels.

When one girl asked, “why is all drag queens so beautiful?”, Jenek replied by saying, “oh wow – well, that’s a very lovely compliment”.

“I think the cool thing about drag is that it’s about expressing how you feel, and I think there’s something really beautiful about people being themselves.”

After a well-trained young boy asked, “when you were at school, did girls say, ‘oh this is a girls’ club’, or did boys say, ‘this is a boys’ game’, I found it a bit sexist when they do that”, Jenek agreed.

“I agree completely, Leon. I think the world is changing and people are coming to understand that everybody, regardless of your body parts, should be able to do whatever they want to do”.

Perhaps even worse was how the ABC Kids Community page added a hyperlink to the video that encouraged young children to browse through Jenek’s social media platforms which show him in sexually suggestive, compromising and grotesque positions and costumes.

What on Earth is the ABC thinking?

As self-evident as it seems, drag queens are not for kids, as the late University of Queensland student Wilson Gavin declared during his protest against Brisbane City Library’s decision to host a “Drag Queen Story Hour” for young children at the ratepayers’ expense.

In fact, it isn’t even the first time the ABC has encouraged our youth to get into drag, with the most obvious case being our national broadcaster’s obsession with 13-year-old Ipswich boy turned drag queen, “Candy Featherbottom”.

According to an op-ed by ABC reporter Rachel McGhee (which was later promoted in a segment during an ABC News broadcast), the child is a “singer, dancer, aspiring actor, black belt in karate and Queensland's youngest drag queen”.

“[He] made his drag debut at the North Ipswich Bowls Club, south-west of Brisbane, at just 10 years old. The space doubles as a family-friendly drag club called Taboo where once a month for the past 10 years, drag queens perform to sold out audiences,” McGhee wrote.

The ABC quoted the boy who said, “a lot of the people thought I was going to do the little walk strut back, but I wanted to do it properly. That’s when Candy Featherbottom was born”.

As if it couldn’t get any creepier, McGhee went so far as to cite the founder of the Taboo “family-friendly drag club”, Karl Eastaughffe, who justified his decision to let children watch/participate in drag shows by claiming “it helps them develop and grow up”.

Although normal Australians can see that this sort of nonsense coming from a taxpayer-funded children’s show is unequivocally inappropriate, it seems even several members of the Liberal party have no qualms with the latest push to teach our children radical gender theory.

At the end of the day, considering the “modern Liberal” establishment snubbed Major General Jim Molan in favour of Bragg for the NSW Senate at the 2019 election, it’s not at all surprising to see so many senior moderates like Birmingham follow his increasingly progressive lead.