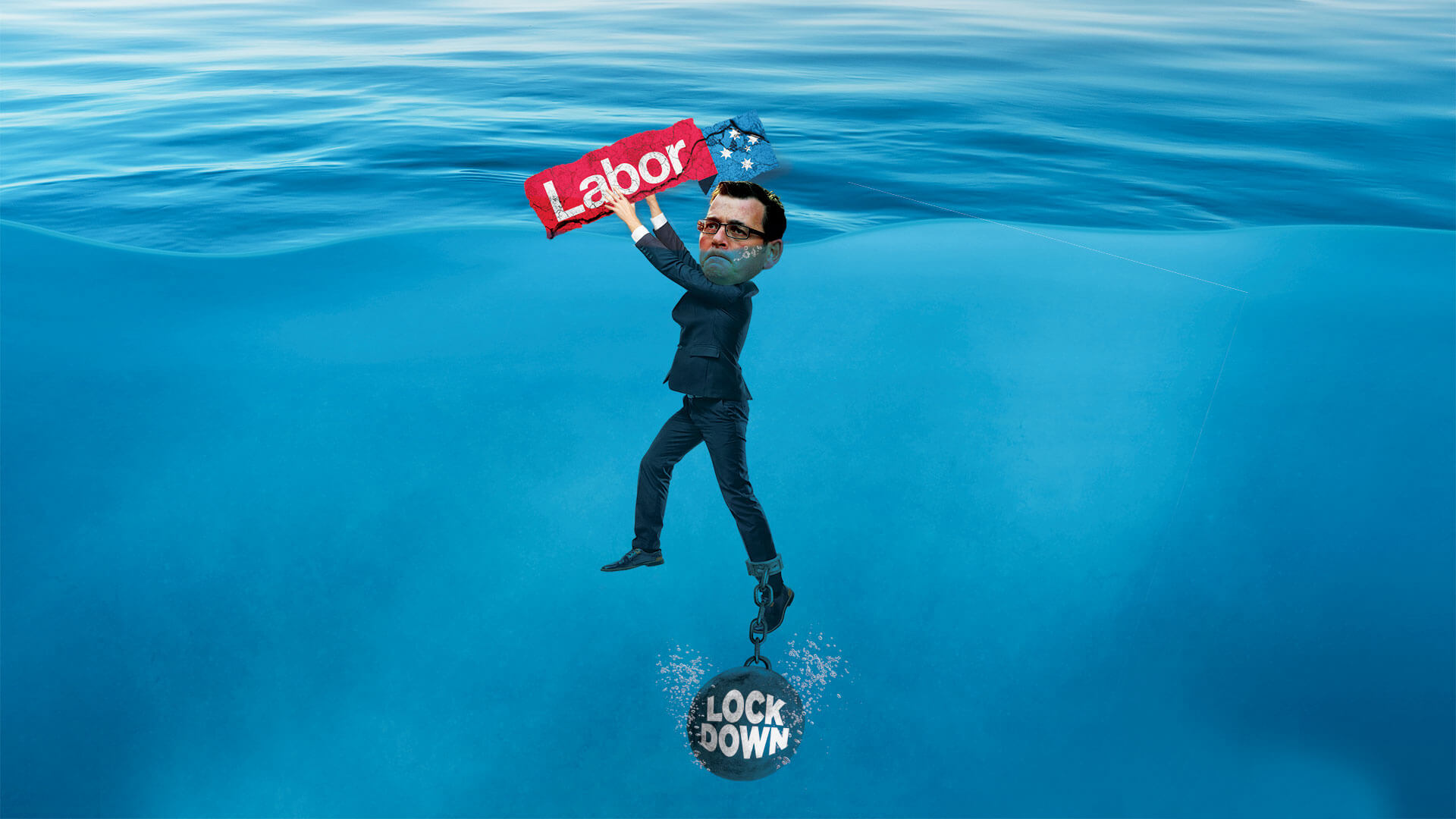 A community survey conducted by Advance Australia reveals that even Victorian Premier “Dictator” Dan Andrews’ most rusted-on supporters have had a gutful.

Our exclusive research shows that if an election were held tomorrow, he’d get the boot for his corona bungle and power-tripping cover-up courtesy of his own voters.

Advance conducted a community survey of Labor’s 20 most marginal seats and the message was clear: if the Dictator’s colleagues want to keep their jobs, they need to make sure Dan loses his.

More than 8,000 Victorians completed the survey, which Advance conducted using state-of-the-art Interactive Voice Recognition (IVR) technology. Included were 2,980 people in those 20 Labor marginals who voted Labor at the last election. These key voters are on the move with:

It is not surprising to see these results.

These people know Daniel Andrews is responsible for the deaths of more than 800 Victorians after he bungled hotel quarantine because he was too proud to accept ScoMo’s offer of Australian Defence Force personnel.

They find it sickening he has the gall to lecture Victorians on “responsibility” and “doing the right thing” when the private security guards he hired were given “diversity training” instead of training in infection control.

His voters know he is unwilling to relax restrictions because he does not trust his own contact tracing system, unlike the other state Premiers.

And they know he covertly shifted his mandate from “flattening the curve” to “total elimination” via lockdowns, even though the WHO now says lockdowns just freeze the virus instead of eliminating it.

To help ram home the message, Advance took out a full-page ad in today’s Melbourne Age and we emailed the results of the voter survey to each of the 20 Labor marginal seat-holders.

We didn’t want them to miss it.

See the results of our community survey below 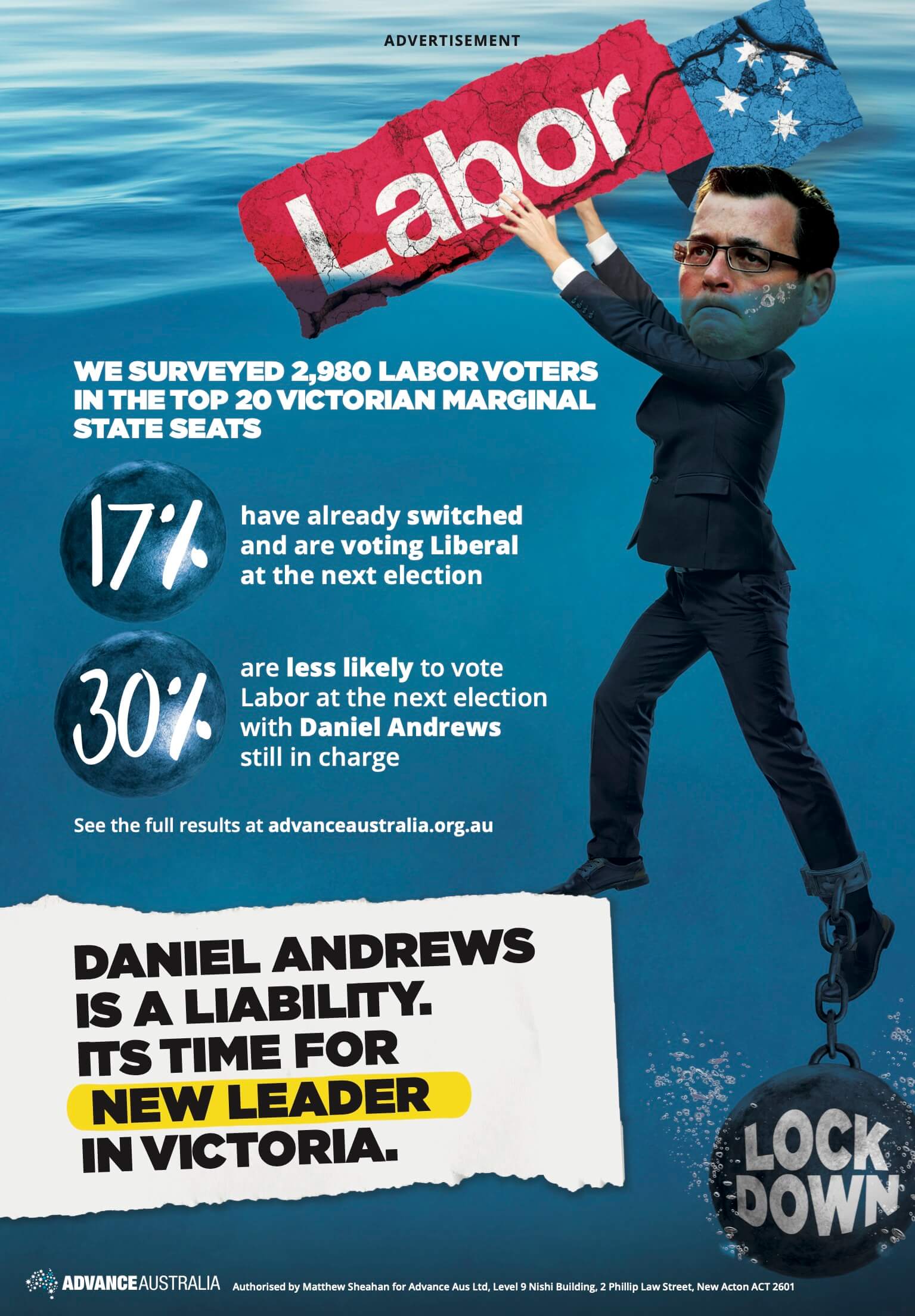 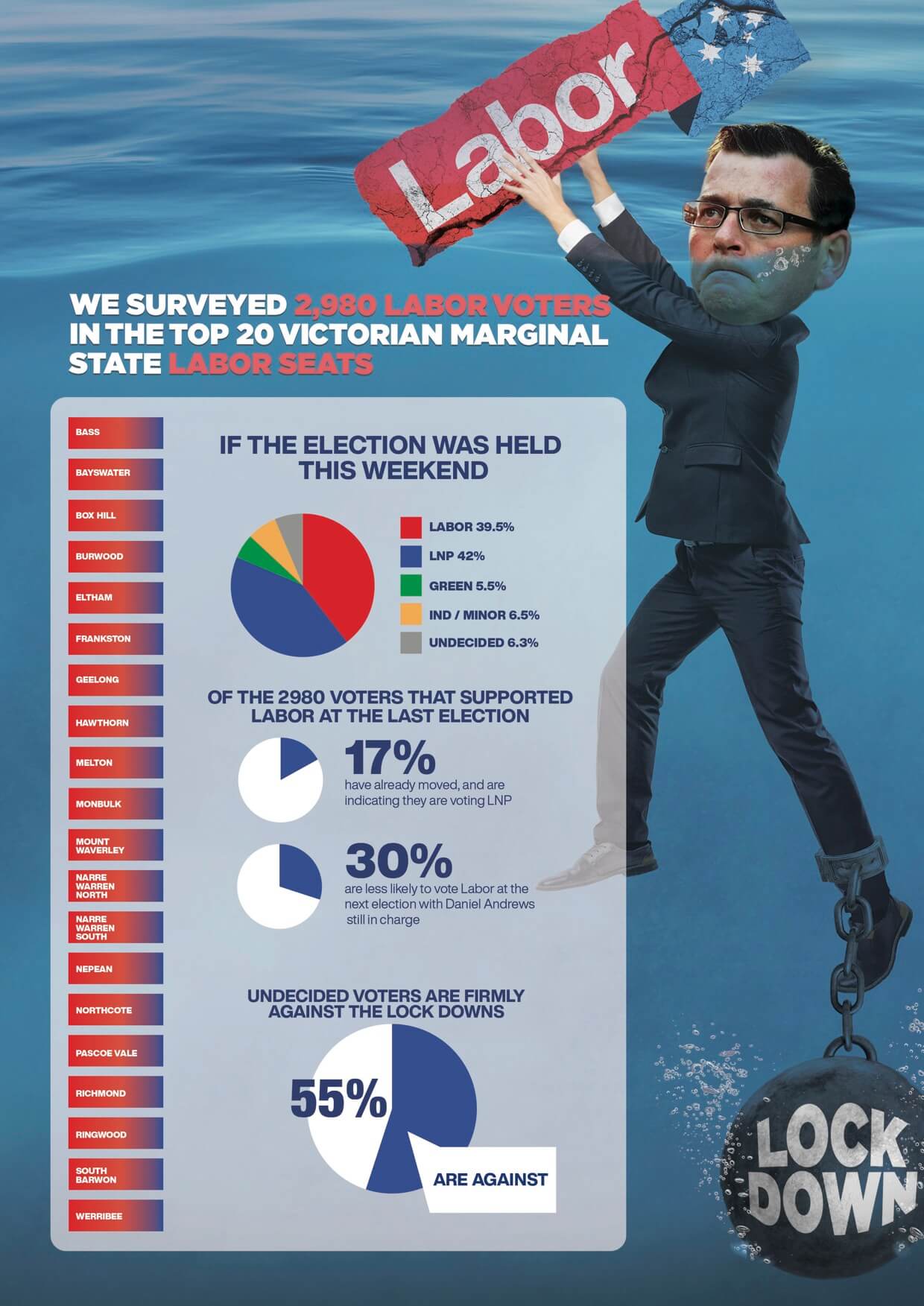