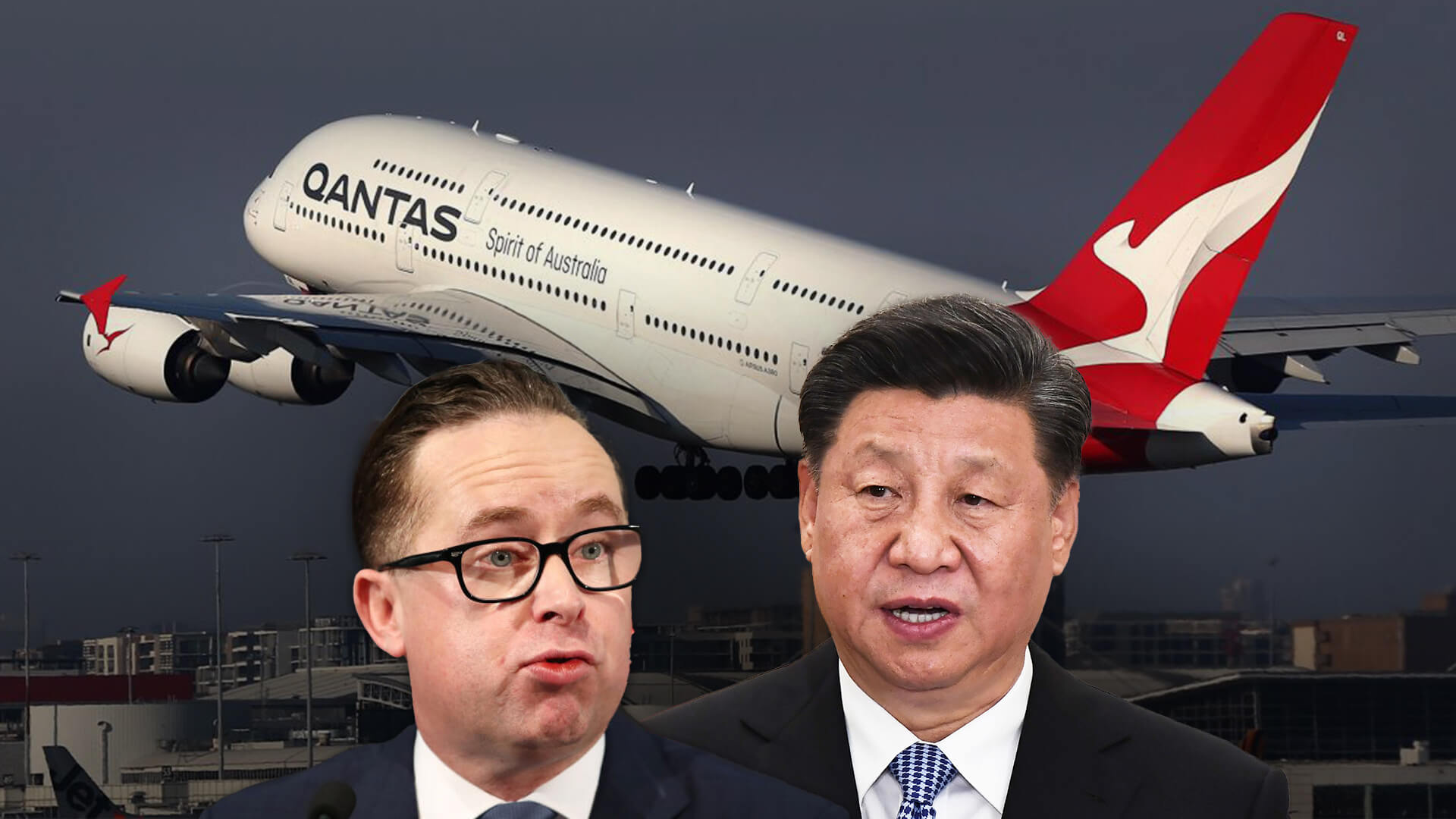 Thanks to the management of Alan Joyce, QANTAS is now representative of the increasingly powerful global cosmopolitan elite – people who virtue-signal about fringe social issues while outsourcing Aussie jobs and raking in tens of millions a year in remuneration.

However, no longer is this the case.

This week Joyce announced he’d be outsourcing all ground handling work at major Australian airports to operators including Swissport – a company owned by the Chinese Communist Party-run HNA Group.

What on Earth is Alan Joyce thinking?

Did he not consider the fact that China has engaged itself in a trade war with Australia as we speak?

It appears Joyce has many better things to worry about.

Instead of ensuring his business has enough cash to weather an unforeseen external shock like the outbreak of COVID-19, Joyce has proven to be more interested in virtue-signalling about his latest pet social causes and buying back his own stock to appease his money-hungry shareholders.

Speaking on behalf of QANTAS, the biggest sponsor of the Wallabies, Joyce said Folau’s comment on homosexuals was “clearly inappropriate” and he said he’s “happy with how Rugby Australia is progressing this (the matter)”

It gets even better.

After Rugby Australia capitulated to QANTAS and the LGBTQ+ lobby by sacking Folau, Joyce decided to terminate the airline’s 30-year partnership with Rugby Australia because they were strapped for cash.

Well maybe if Alan hadn’t enjoyed a ridiculous salary of over $23 million a year for so long, he’d have been able to maintain the sponsorship – something that’d seem fair considering the sacrifice Rugby Australia and Rugby Union fans made for him and his mates.

Or perhaps if QANTAS hadn’t spent hundreds of millions of dollars buying back its own stock to boost its share prices and dividends, the airline would’ve had enough savings to not sack the thousands of workers it has over the past few months because of COVID.

This all seems like the sort of common-sense business management one learns in first-year business school.

But I guess Alan thinks he knows better.

Afterall, Joyce is an “agenda contributor” at the World Economic Forum.

In fact, he wrote an article for the WEF in 2015 saying he has a “goal to increase gender diversity in the Australian public and private sectors, including the number of women in board positions and senior executive roles.”

Calling himself a “male champion of change”, Joyce argued “gender inequality was harming not just individuals and companies, but the Australian economy as a whole”.

Well considering QANTAS has cut at the very least 8,000 jobs this year, maybe it’d make more sense for him to admit that it’s the obsession of many of our CEOs with corporate activism and short-term payouts which is harming the economy, not “gender inequality”.

Speaking of damaging the economy, Joyce is a committed proponent of climate change hystericism, going so far as to set a target for QANTAS to reach net zero emissions by 2050.

Last month he said “the longer we wait to genuinely tackle climate change, the harder it will be.

"The world is becoming more ambitious in tackling climate change and so must we.”

He even had the gall to tell Australians that “we’ve let science lead the way on the pandemic and it’s worked. Why should climate change be any different?”

What an absolute joke.

We’re fed up with cashed-up CEOs like Alan Joyce trying to distract us from their offshoring of Aussie jobs by proselytising about the supposed issues of climate action and gender inequality.

We’re sick of people like Joyce raking in tens of millions a year while he makes his own workers redundant.

And we’re sick of Australian businesses selling out to the Chinese Communist Party because they reckon the Chinese can do the job marginally cheaper.

Its time our CEOs take a page out of Kennards’ Self Storage CEO Sam Kennard’s playbook.

“Every Australian business should now be reviewing supply contracts. Change and prefer non-Chinese made products where possible. We have made this decision.”

Let’s hope more of our CEOs follow your courageous lead.