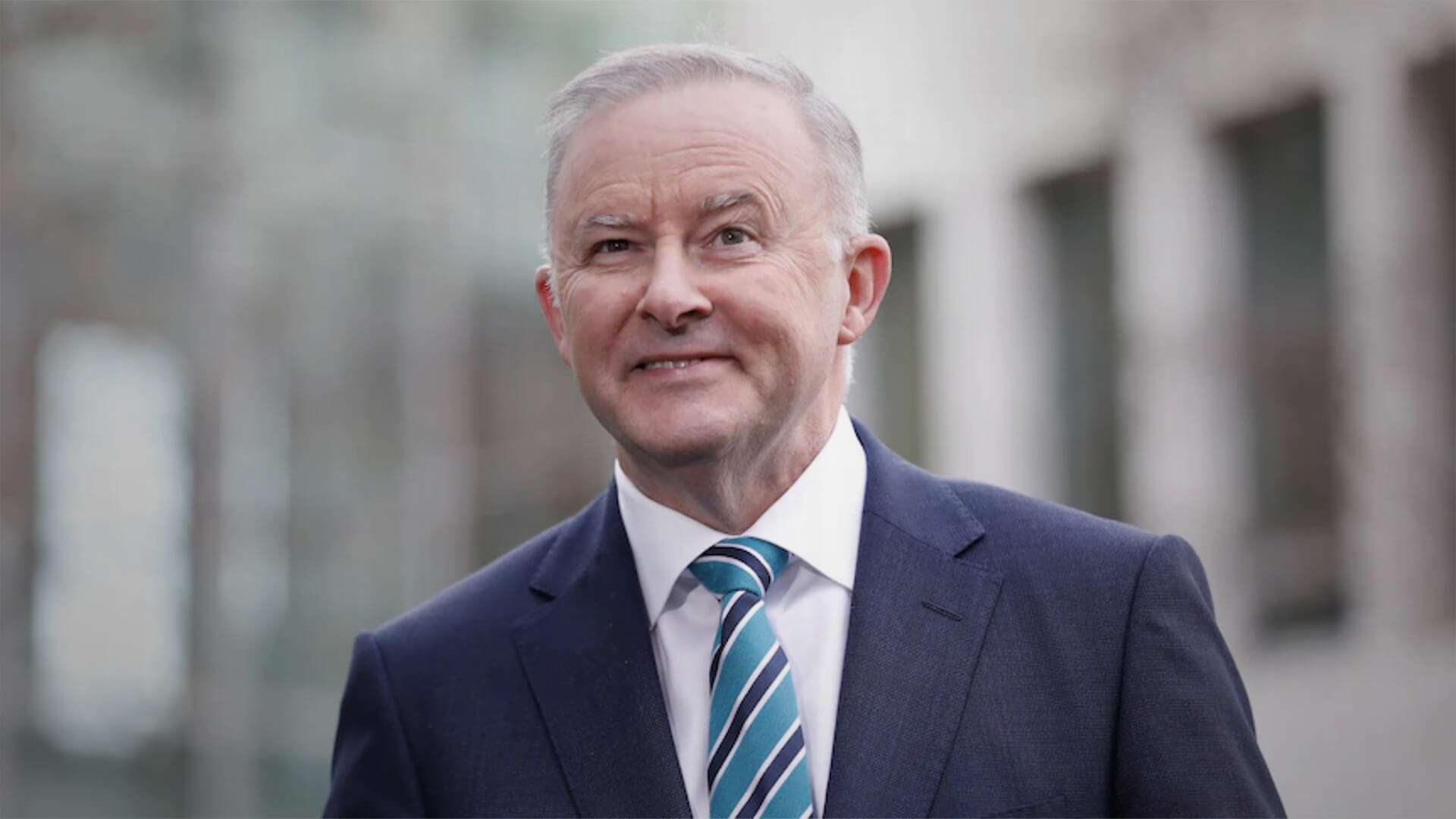 If there’s one phrase which sums up the Australian Labor Party under the leadership of each-way Albo, it’s “doing the same thing over and over again and expecting a different result,” and the last three federal elections make the case for us.

Although Tony Abbott took 18 seats off Kevin Rudd at the 2013 election after Labor committed to a new “green economy” defined by carbon taxes and renewables subsidies, Albanese still thinks backing a new coal-fired power station is like “supporting unicorns”.

Even worse, Albo is now buddying up to Sleepy Joe Biden and the Democrats’ new “national security and foreign policy priority” of tackling climate change after voters punished Turnbull in 2016 for signing Australia up to Paris and hobnobbing with UN-loving globalist elites and their cronies in the big banks and big tech companies.

As written in an op-ed published in The Australian on Monday, Albanese declared that “the recent 70th anniversary of ANZUS provided an opportunity to look at how the Australia-US alliance will serve our futures in an increasingly challenging world.

There is “a shift to looking at how institutions such as the ANZUS relationship can be put to work in our neighbourhood” given the “geopolitical imperatives that drove the signing of the ANZUS Treaty have changed,” he said.

“A further manifestation of how our alliance relationship needs to keep evolving is climate change. We know the risk climate bears on our security. We have vividly seen its impact on ADF operations already, whether responding to the 2019-20 bushfire crisis or disaster assistance missions such as Operation Fiji Assist.

“Finally, the US as our biggest investor remains central to our economic prosperity and is our key partner in maintaining and building the global rules-based order. Labor welcomes the return of US leadership in that order under President Joe Biden.”

Albo – do yourself and your party a favour and get yourself some new advisers, mate.

When it comes to national security, one of the very last things on the minds of average Australians is climate change; and you of all people should know this.

Millions of Australians have never been more concerned about the rise of a foreign power given the CCP now says we’ll cop “retaliatory punishment” with missile strikes “on Australian soil” if we work with the United States to protect our ally Taiwan.

Millions of Aussies are worried about how this country has a mere three weeks of onshore fuel reserves, no large-scale steel making capabilities, one of the smallest merchant fleets in the world, a weak military that relies on Biden’s America and rising energy prices that condemn our manufacturers to irrelevance in the global markets.

Millions know that even if climate change is a threat, we can’t do anything about it considering Australia accounts for 1.3 per cent of global emissions while China is building four times more coal-fired power capacity than all of Australia’s current capacity combined – on top of the 1,087 it is already operating.

Even worse, millions of Australians have never been so sceptical of our chief ally – the United States – under Biden and the Democrats, meaning the focus of the ANZUS treaty should be the transfer of sensitive American military intellectual property to our shores so we can rapidly ramp up our defence manufacturing industries and start taking responsibility for our own future and security.

With Prime Minister Scott Morrison now telling British trade bureaucrats not to confuse trade with climate as he pushes back against ideological creep amidst negotiations of a new Australian-UK trade deal, anyone with a finger on the political pulse can see what’s coming.

Each-way Albo will lose the next election for prioritising the globalist climate project over our national security, allowing the increasingly “modern Liberal” government to waltz over the finish line with a “business as usual” campaign that fails to address our desperate need for a visionary nation-building agenda that will set Australia up for the next century…