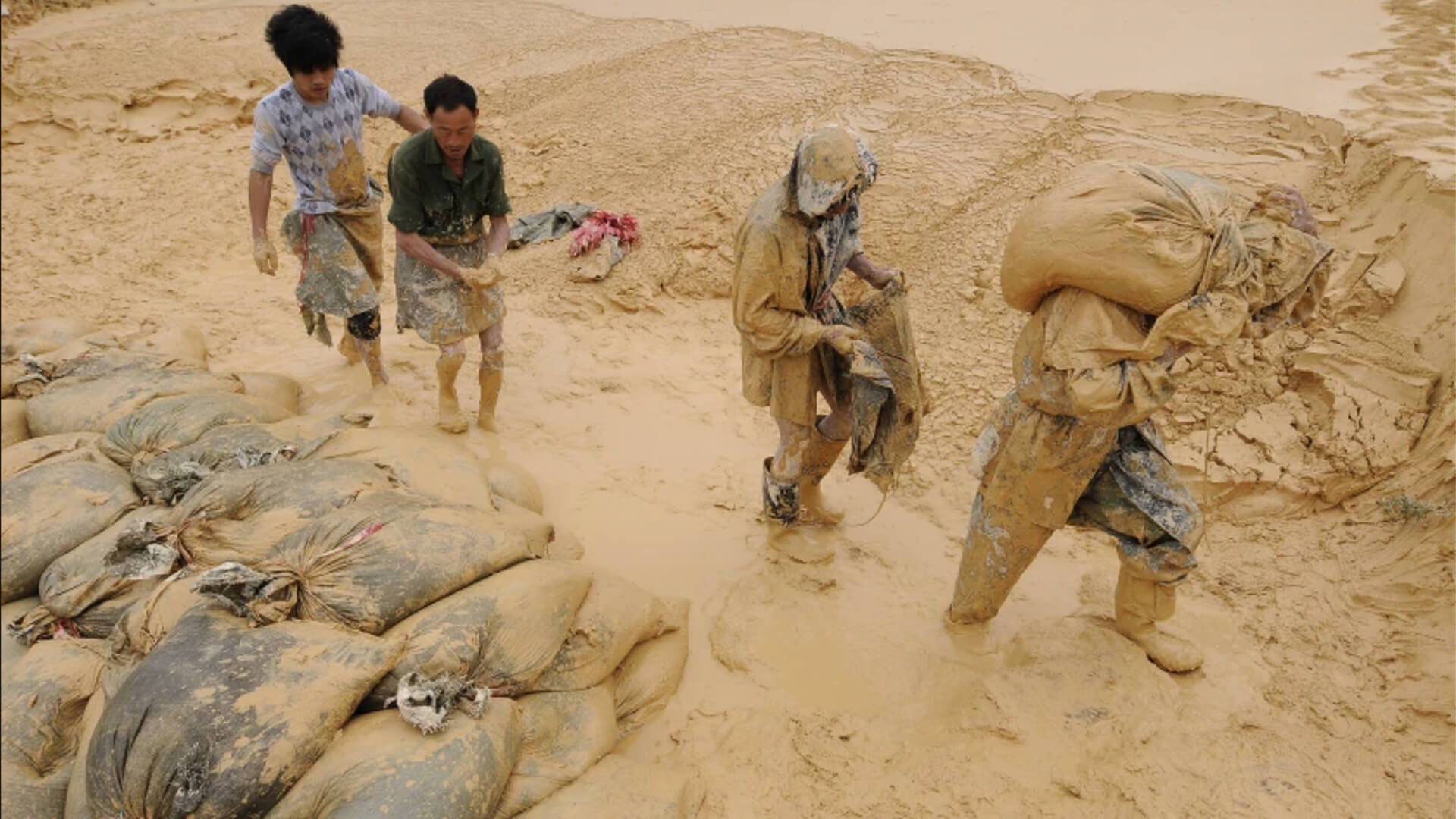 In February, EU President of the European Commission Ursula von der Leyen said, “green and digital technologies currently depend on a number of scarce raw materials”.

“We import lithium for electric cars, platinum to produce clean hydrogen, silicon metal for solar panels, 98 per cent of the rare earth elements we need come from a single supplier – China – and this is not sustainable”.

According to Yale University, China is now “wrestling with the toxic aftermath of rare earth mining” and they’re getting no help from the global companies that have benefitted from the “green” energy boom.

Erosion has taken its toll, nearly every knoll and mountaintop is scarred from mining activity. Black rubber hoses curl in the sun. PVC pipes, their ragged edges protruding from the red clay, mark where small crews of miners injected tons of ammonium sulfate, ammonium chloride, and other chemicals into the earth to separate valuable rare earth metals from the surrounding soil.

Concrete leaching ponds and plastic-lined wastewater pools dot the hills. At one abandoned site, large wastewater ponds sit uncovered and open to the elements. Satellite images show dozens of similar pools dotting the mountains, all just one landslide or barrier failure away from a spill of their contaminated contents into waterways or groundwater.

The cleanup has been difficult, especially because there has been a long history of mining here. Some experts said that it will take 50 to 100 years before the environment can fully recover, so the cost born by the locals has been high.

Since those [technology] companies have benefited from using our rare earth resources, they should bear a part of the responsibility and join the process of cleaning up the environment … We have made huge sacrifices to extract the resources they need.

While Xiang Huang, a postdoctoral fellow at the University of Waterloo in Canada, who studied the environmental and health impacts from rare earth mining while earning his PhD at Beijing University found that:

Rare earth mining done near uranium deposits has led to radioactive material clinging to the elements in some areas with a potential “end impact” being “on the central nervous system, cancers like bone cancer, skin cancer and cardiovascular and respiratory issues.

Jiangxi Province is dotted with many small surface tailing ponds where rare earths leaching took place, “so the contamination sources are very dispersed … The wastewater has a high toxicity, so if the leaching ponds break there can be a lot of contamination downstream.

This is what the hacks in the “modern Liberals” and Labor call “green, clean, renewable energy”.

Considering Australia has more than 159 billion tonnes of proven coal reserves (equivalent to 1231.3 times our annual coal consumption); 70 trillion cubic feet worth of natural gas (43.9 times our annual gas consumption) and one-third of the world’s uranium resources; it’s time we stopped contributing to China’s ecological crisis by importing more of their solar panels and wind turbines.

We have what we need here, and we can do it without destroying our natural heritage.