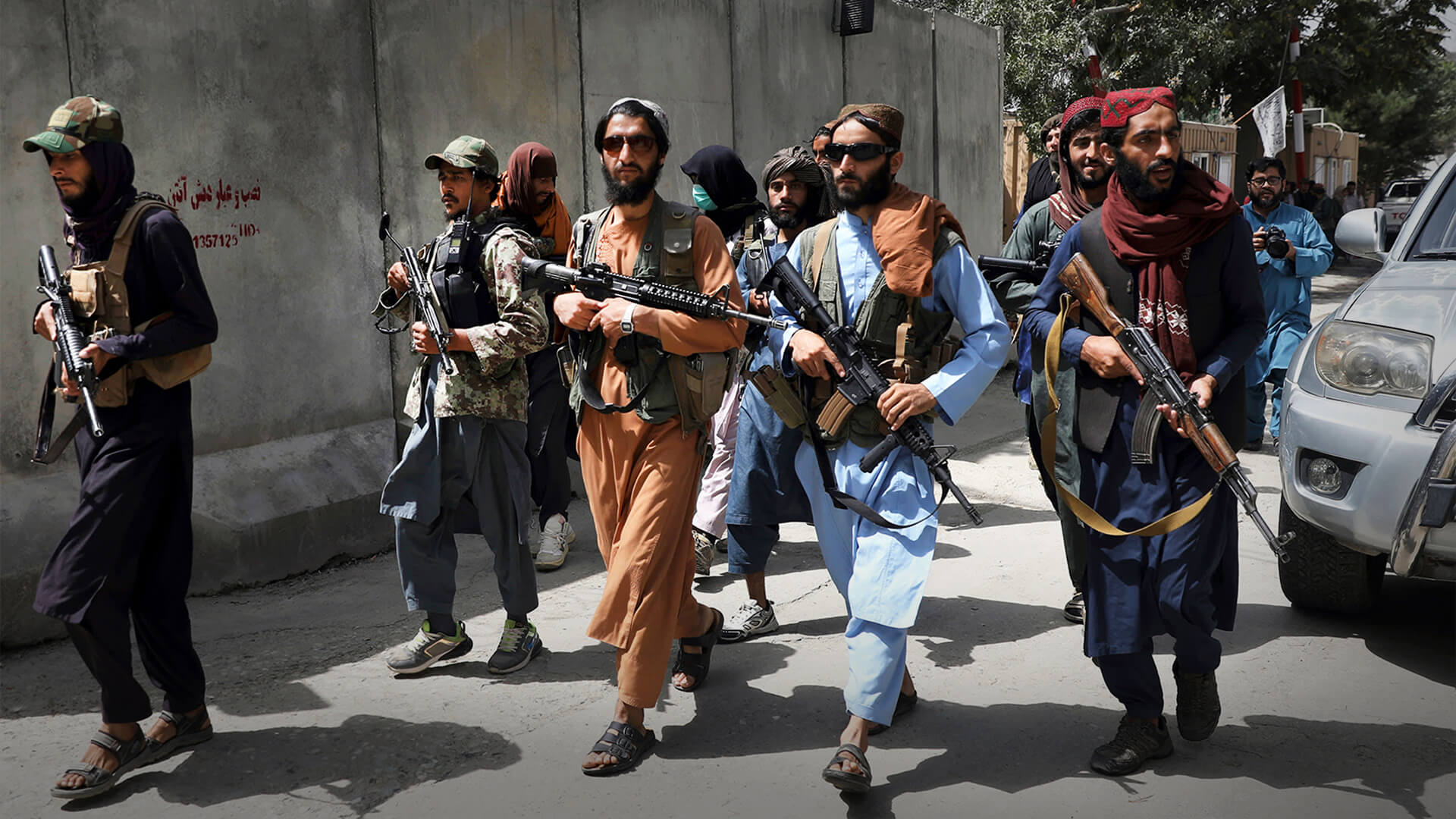 As President Donald Trump said for so many years, “the media is the enemy of the people”, and his message has never been clearer.

In a ridiculous article published by CBS News in the United States, “journalist in name only” Cara Korte made the absurd claim that “climate change helped strengthen the Taliban”.

“Rural Afghanistan has been rocked by climate change. The past three decades have brought floods and drought that have destroyed crops and left people hungry. And the Taliban — likely without knowing climate change was the cause — has taken advantage of that pain,” Corte wrote.

We guess that means the answer to Senator Matt Canavan’s brilliant question – “does anyone know whether the Taliban will sign up to net zero” – is a resounding no.

The Biden administration’s new plan to combat Islamic extremism must be to plaster America and the rest of the West with solar panels and wind turbines made in Chinese factories powered by coal-fired power.

One could even accuse CBS of racism considering they had the gall to just assume the Taliban wouldn’t know the cause of the floods and droughts was climate change!

The same goes for CBS’s ridiculous conjecture that the Afghans are only growing opium for heroin because “climate change has made farming increasingly difficult”.

The facts clearly show Afghanistan has been growing poppies for heroin since the Soviets invaded the landlocked nation in the late 1970s and crop yields have by no means withered away.

As reported by James Taylor, Afghanistan has doubled its crop yields during the past three decades and more recently have set production records on a regular basis.

In Taylor’s own words, “it may be convenient for CBS News to divert attention from the current deadly debacle in Afghanistan by blaming it on climate change.

“The objective truth, however, is that Afghan crop production has tremendously benefited from a modestly warming world. If global warming has had any impact on Afghan farmer sentiment throughout the country, it has clearly been to make farmers happier, more prosperous, and less vulnerable to the Taliban,” he argued.

Although many could dismiss CBS’ claims about the Taliban benefitting from climate change as just another illustration of the “looney left”, there are several key lessons to draw from it.

Firstly, the media and their buddies in Washington DC are now using hysteria about the “climate crisis” to justify the foreign policy failures of the Biden administration and the declining power of the United States as the guarantor of the “rules-based international order” Australian security depends on.

The media is working with the United Nations and other globalist organisations to shift the goalposts of foreign policy success away from restoring peace in the Middle East to the fight against climate change – a fight which merely requires the offshoring of the West’s industries and blue-collar jobs to the Chinese Communist Party.

Finally, it highlights the media’s blatant disregard for the facts when it comes to discussions about Islamic extremism and the betrayal of the Afghani men and women our veterans fought side by side with during the war against the Taliban.

To quote President Donald Trump again, “you know what woke means? It means you’re a loser. Everything woke turns to shit.”

At the rate the Biden administration is going, it appears the United States may be morphing from the winner of the 20th century to the loser of the 21st century – a shift that would likely result in serious problems for Australian security given the rapid militarisation of CCP in our very own region.